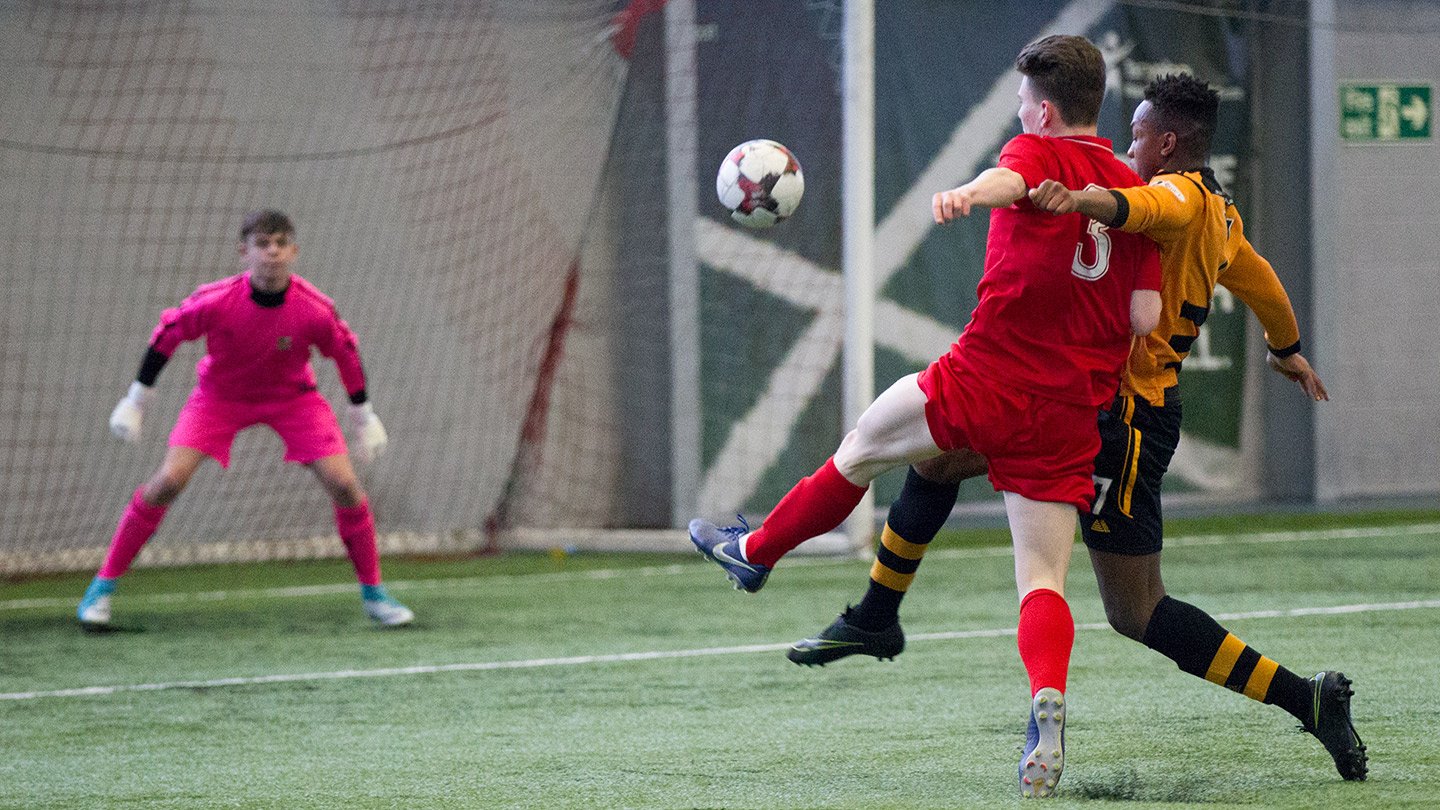 Scotland took to the field at Toryglen for the now traditional opening match against Alloa with a 17 man squad, the absentee being last season’s internationalist George Stanger, who was on a pre-planned family holiday.

Alloa always provide tough opponents in this match, and so it proved today, with the result being a repeat of 12 months ago.

Cameron Clark led the charge for Scotland with an early break down the left. His cut back allowed Sam Walker to shoot first time, but the ball flew narrowly over the crossbar.

Walker was causing the Alloa backline a great deal of concern.

A fine early ball from Fagan in the 12th minute allowed the front-man in behind his opponents, but he shot wide of the target under pressure from the central defenders.

Alloa’s first attack of promise came after 17 minutes of play. A quick interchange was swiftly dealt with as goalkeeper Anderson raced from his line to boot clear; the far side linesman had already raised his flag to signal offside.

Given Scotland’s early dominance, it was little surprise that they opened the scoring in 19 minutes.

If the goal was of little surprise, the scorer certainly was. Full back CAMERON CLARK raced onto Fagan’s long pass and finished with aplomb with his left foot.

Scotland probably should have doubled their advantage in the next 20 minutes of play, as Declan Walsh pulled the strings in the middle of the park.

His superb pass found Nathan Fell running into the area, but the Glasgow wide-man’s shot passed agonisingly past the wrong side of the Alloa woodwork.

Two minutes later Walsh then found McKay on the left hand side, and his dangerous cross was scrambled behind for a corner. In Scotland’s next attack Walsh and Hodge combined to free Rintoul running forward into the area, but again the shot was just wide.

This formed the pattern for the rest of the half, with Scotland dominating possession, and Alloa being limited to a couple of pot shots from distance.

Scotland rang the changes at half time, with Anderson, Brown, Walsh, Hodge, Walker and Rintoul being replaced by Currid, Watt, Kemp, Chalmers, Scott and Connelly.

Despite the volume of personnel changes (and some positional alterations) the second half largely followed the pattern of the first.

In a carbon copy of his manoeuvre near the beginning of the game Clark again went marauding down the left hand side before delivering another low cut-back, this time to Fell, whose shot was well blocked by the Alloa defence.

Fell was unlucky again on the hour mark, when only a superb double save from the Alloa goalkeeper prevented him from opening his international goal-scoring account, following excellent lead up play by Connelly.

Fell returned the compliment after 63 minutes, allowing Connelly to slide the ball into the net, but the linesman’s flag had already been raised.

This would be Fell’s final involvement, as he and McKay were withdrawn from the fray, allowing Hodge and Walsh to re-enter proceedings.

And so the pattern of play continued, with Scotland’s last notable attack occurring with eight minutes remaining – the hard-pressed Alloa goalkeeper again distinguishing himself in keeping out Fagan’s effort.