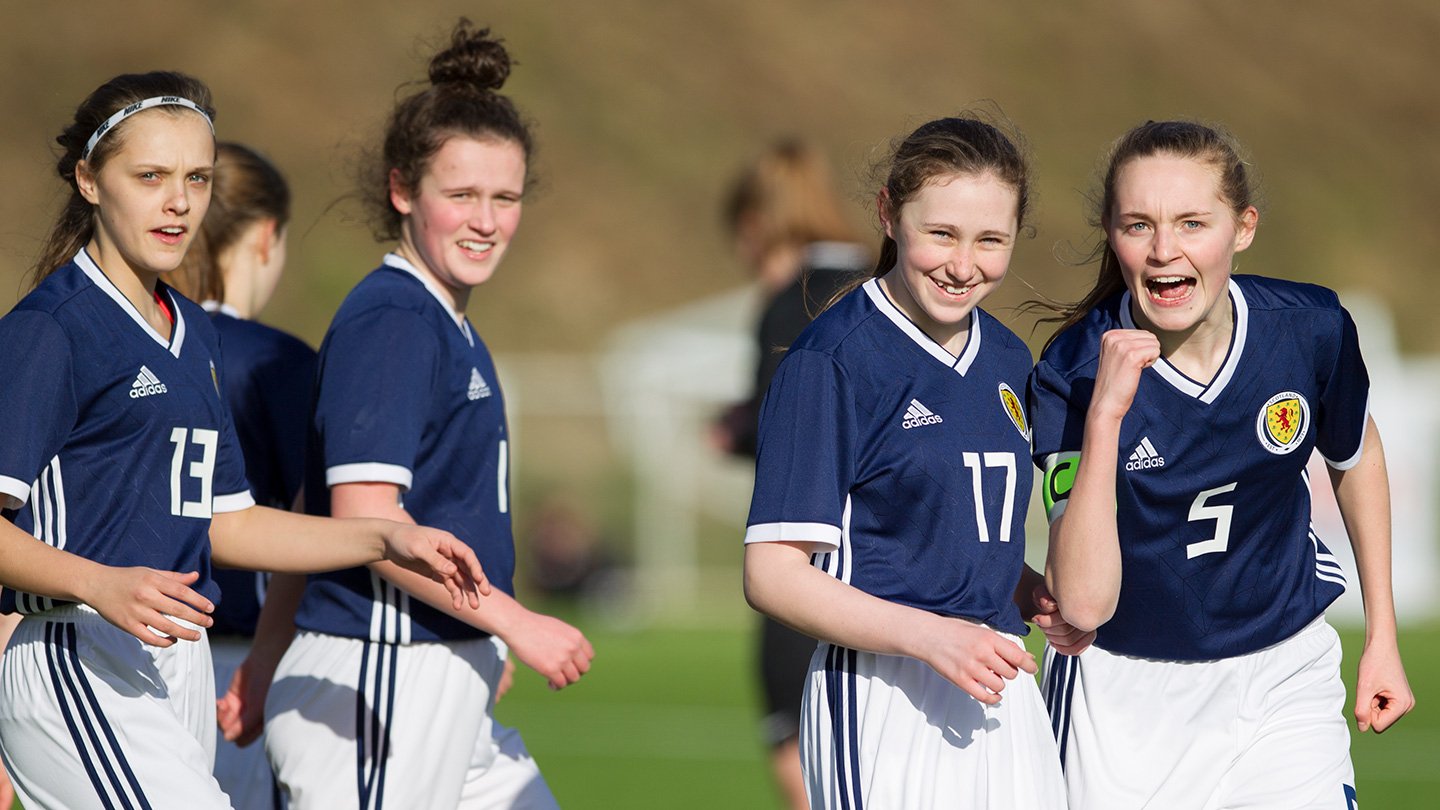 The second friendly International challenge match was played at the impressive Rock Stadium the home of Cefn Druids Football Club.

Weather conditions were much improved from Friday’s first encounter and the Welsh set about the match to reverse the scoreline from Saturday night and indeed almost scored in the 5th minute when the dangerous striker rattled the post with a great shot.

This was a let off for the Scots and just what they needed to make them realise that International football is one where you have to concentrate completely from the very first whistle.

Both Mirin and Jess linked up well on the right flank and provided the ammunition for both Eilidh and Rosie to attack the Welsh back four.

Both Paige and Ellie Jai had both picked up knocks from the first game and were rested from the starting squad.

Gail started in goal and showed positive handling and shot stopping in the early encounters.

Monica and Kate had settled into the central midfield engine house and it was Kate who set off on a driving run through the midfield.

This positive attacking drive opened up space to play in Jessica to let fly from the right hand side of the box.

The Welsh keeper did well to block her effort but the ever alert Olivia was following up to net the rebound from close in.

Olivia with the confidence that a goal gives you danced and tormented the Welsh defence and provided another telling pass to Eilidh who was unlucky with her well hit shot. But on this occasion it was well held by the keeper.

As half time approached Robyn cleared the ball down the left touchline but fell awkwardly in the challenge.

The change brought Rebecca into the centre of midfield for the remainder of the half with Kate joining Jenna at the heart of the defence.

Kirsty and Bayley started the second period and settled into the game quickly.

A clever reverse ball from Olivia provided a magnificent through ball to Bayley whose powerful finish left the keeper helpless.

Kirsty moved back in field to a more central role and started to get both Bayley and Vhairi into advanced attacking positions.

Vhairi was very unlucky to see her shot blocked as it was another Scots effort that was net bound.

Bayley’s strength was causing the Welsh defence all sorts of problems and the striker’s endeavours were rewarded again in the 50th minute when she dispossessed the Welsh centre half just outside the penalty area and powered her way through to thump home her second, and Scotland’s third goal.

Only a brilliant save by the keeper robbed Rebecca of a fourth from a well-struck 20 yard free kick a couple of minutes later and the confident Scots continued to pepper the goal from long range with both Rebecca and Vhairi again and shooting inches wide of the mark.

It just was not to be Vhairi’s day for yet another fine shot looked destined for the net until the substitute Welsh keeper somehow managed to push the ball over the bar leaving the Scots to finish the game in dominant position but with no further scoring.

Both games were played in the true spirit of the game as the players congratulated each other at the end of another pulsating game.

The next time the players will see each other will be in the Bob Docherty tournament in Belfast where the level of competition will be even more intense.

However two victories over the reigning “Bob Doc” champions was an excellent morale boost to the young Scots.