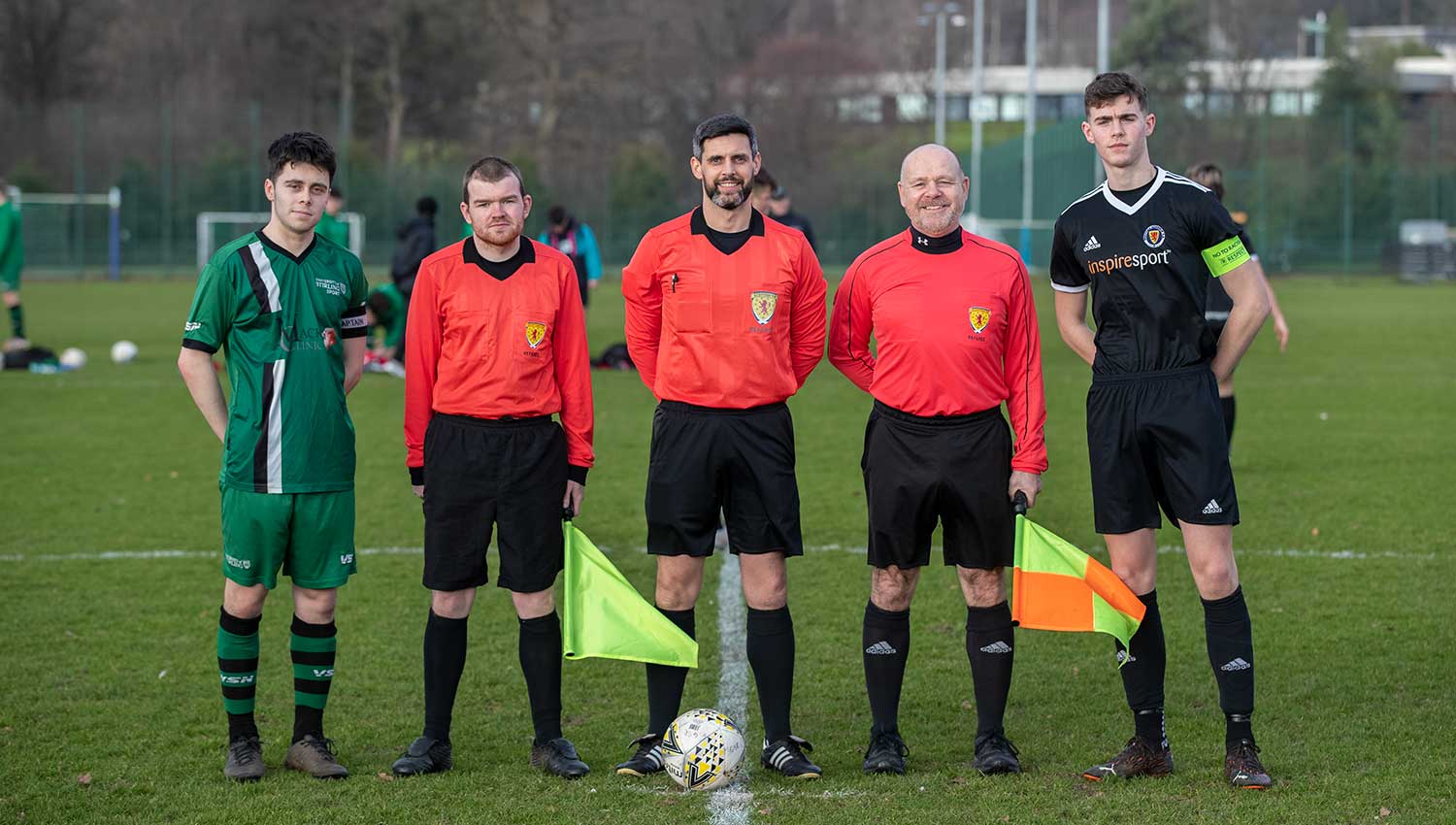 Students Play to the End

The students of Stirling University, who play at u20 level, showed their younger opponents of the Scottish Schoolboy under 18 international team the importance of playing to the final whistle when they scored a last minute penalty to snatch a 2-1 win in a competitive friendly at Stirling on Tuesday 1st February.

This was the third game for the SSFA team as they prepare for this season’s SAFIB Centenary Shield competition and while the boys will be disappointed to lose a well contested game, the match was excellent in terms of preparation.

The schoolboy side had lost a late goal only a minute before the end of the first half in a well contested game.

The response to this first half set back could not have been better.

A few planned half time substitutions were made but it was Michael Beagley ( St Margarets Academy, Livingston) who scored a sensational equaliser. Beagley’s 25 yard shot sailed into the top corner in the second minute of the second half bringing the teams level.

Second half substitute goalkeeper Mathew Wallace ( Linlithgow Acad) who was called in for the injured keeper Fergus Robertson made a couple of important saves.

It looked like a 1 -1 draw would be the outcome but in the final minute the referee awarded a penalty when a Stirling University player was upedded in the penalty box.

Team coach, Craig Johnstone (St. Modan’s HS) said: “The game ticked all the boxes. Against good quality and strong opponents on a grass surface and in blustery conditions this was a great learning experience for our squad. The boys did well and we learned a great deal. We are grateful to Stirling Uni for the match.”
Scotland will play again on Monday 14th February. Partick Thistle will be the opponents at Petershill with a 5.15 kick off.
Their first international will be at New Western Park, Renfrew on Thursday 3rd March against Northern Ireland.