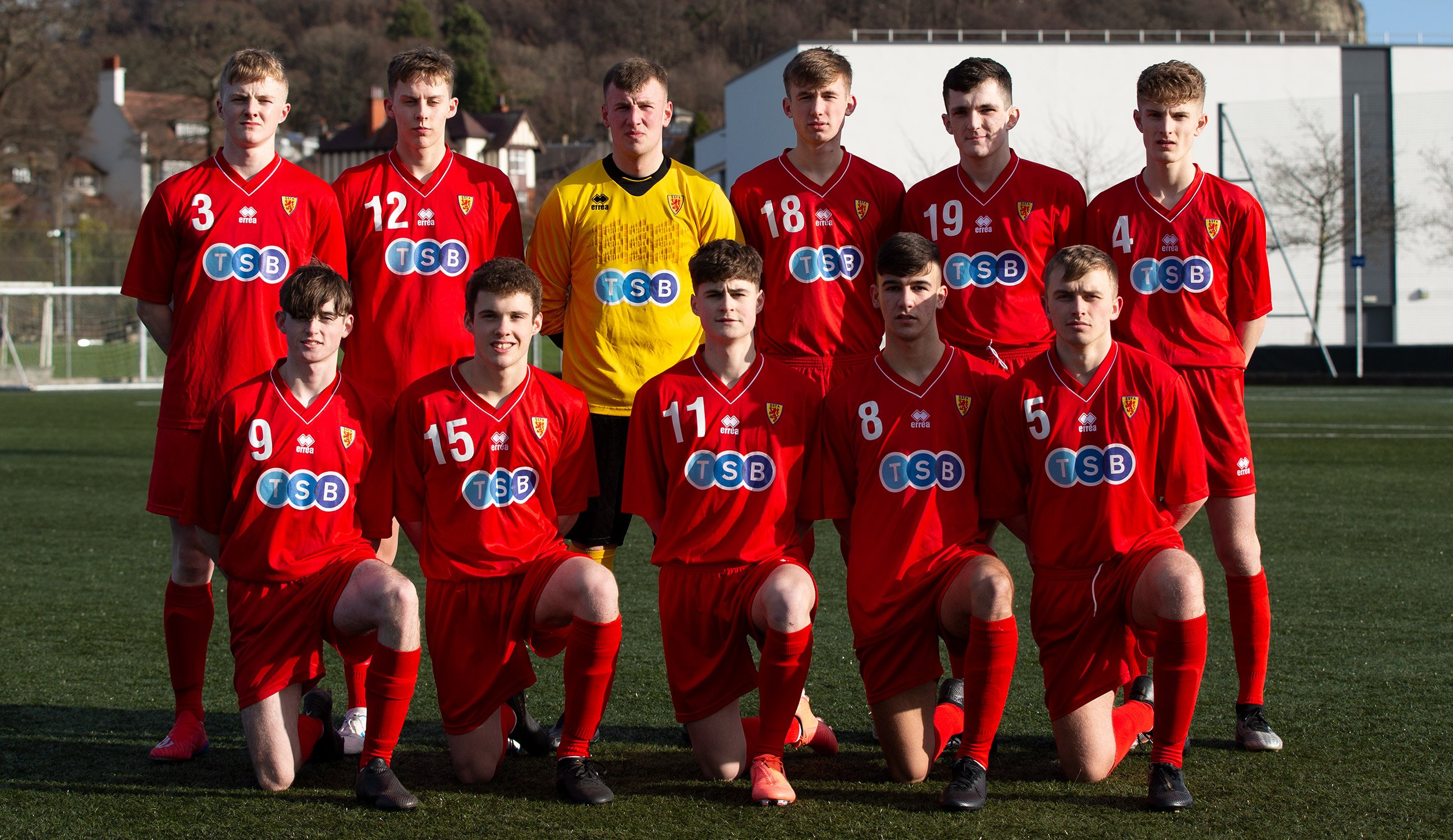 Students On Top in 2-2 Draw

The decision to transfer the game to the AstroTurf pitch at Wallace High School proved the correct one as the Scottish Schoolboy team got a much needed preparation game under their belt ahead of their first Centenary Shield match against Northern Ireland at Beith Juniors on Friday 6th March.

The welcome provided by Wallace High School was excellent and much appreciated.

The students of Stirling’s U20 team certainly gave the schoolboy side a real test in a game that finished 2-2.

Under the shadow of a sunlit Wallace Monument, Scotland started very brightly. They looked sharp in attack and went ahead after only 7 minutes when James Graham ( formerly Nicholson Institute) scored a neat finish from a pass by Jack Reid ( Woodmill HS).

Blair Sneddon ( Graeme HS ) set up Billy Owen ( John Paul Academy) but his shot was blocked by the advancing keeper.

Scotland keeper Dean Beveridge saved well twice as the students came back into the game.

Owen however created Scotland’s second goal in the 25th minute when he stole the ball high up the pitch and played in Graham for his second goal of the game.

Graham then hit a post and Ben Cameron ( Bearsden Acad) hit the bar with a header.

From being well in control, Scotland then contributed to their own downfall when careless mistakes playing out from the back led to not just one goal but also an equalising second counter. Goals for the Uni were scored by Callum Bremner in 31 minutes and then in 44 minutes by Robbie McGale.

The second half is one that the schoolboys must learn lessons from.

They lost control, stood off opponents and gave possession away too easily as they struggled to match a team growing in confidence.

After a few attempts by Kyle Sneddon and then Gospel Ocholi it was the student team who took over.

Fortunately for the schoolboy side second half keeper Jacques Heraghty ( Holyrood Sec) was in excellent form and he had a couple of great saves and dealt with cross balls very safely to keep the score level.

The SSFA coaching staff will emphasise to the players that much more effort is required against what will be a very competitive Northern Ireland team next week in the first game of the Centenary Shield.

The players would be well advised to listen carefully to this advice.