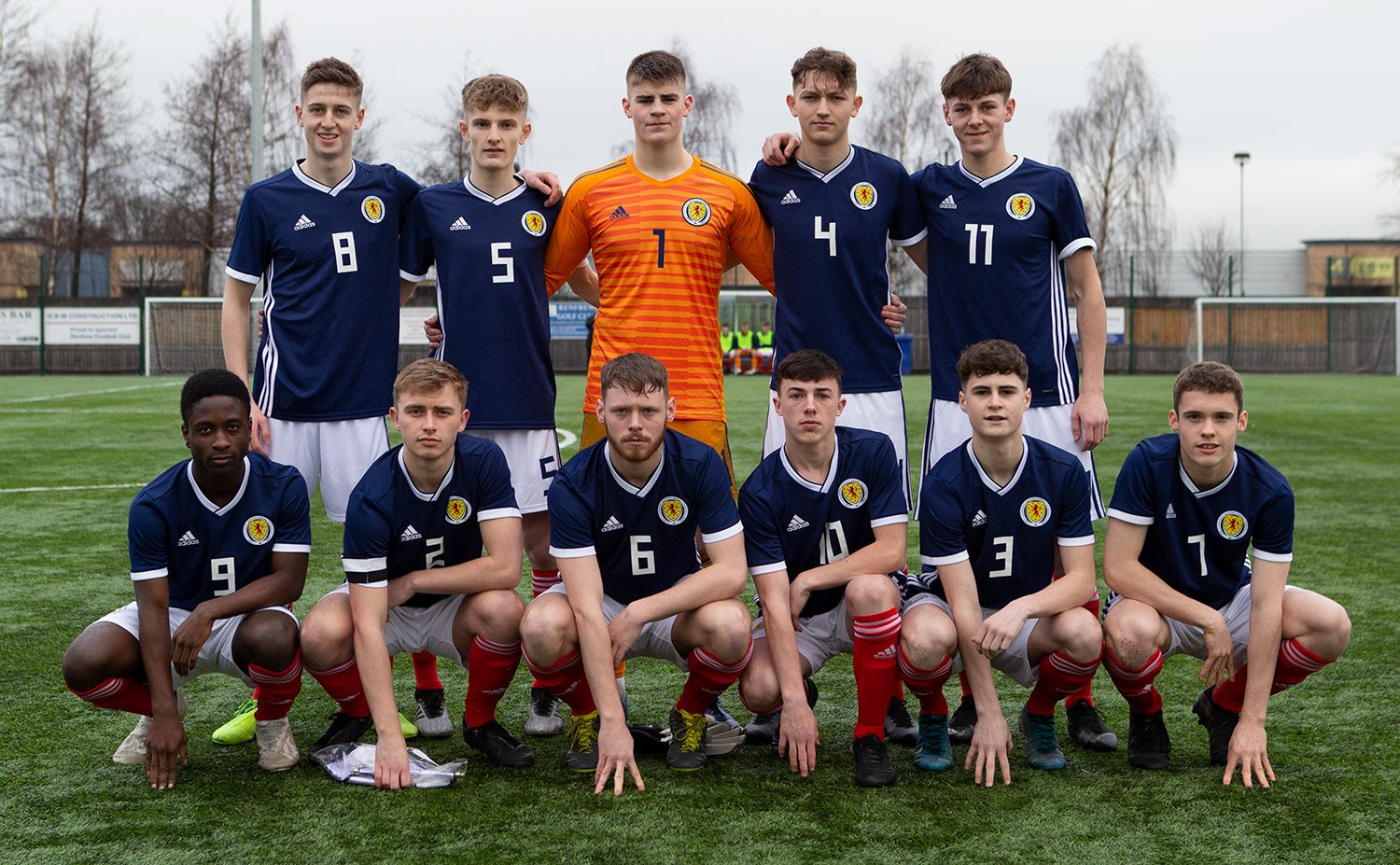 In their first international of the 2020 season the SSFA under 18 side met strong opposition when they took on an Australian Schools touring team at New Western Park, Renfrew FC on Wednesday 22nd January.

In a closely contested match it was the visiting side who scored in the 80th minute to secure a 1-0 win.

Team Coach, Craig Johnstone ( St Modan’s HS) said “We are disappointed to lose but many aspects of the performance were good. Last season we played out a 2-2 draw against Australia at this time but even although we lost today we are sure that the squad is better placed and ready for the Centenary Shield campaign”

The game opened brightly and Australia had a corner in the very first minute. Gradually the home side won control and started to create a few chances with some good build up play.

As half time approached it was Scotland who were playing the better football but they were unable to turn their possession into a goal.

Half time substitutions were always planned in this invitation international and Scotland started the second forty five on the front foot.

There were a few half chances but no goals for Scotland and only a fantastic save from second half keeper Dean Beveridge ( Edinburgh College) when he tipped the ball over the bar kept the score level.

In the 80th minute Scotland lost a scrappy goal to fall behind.A corner kick was only partly cleared and when the ball landed at the feet of Will Pearce he forced the ball home.

Scotland applied late pressure seeking an equaliser but with no real threats the game finished 1-0 to Australia.

The Scotland squad was a few players short due to illness or injury and they will be determined to progress in the next few weeks.

They play both Glasgow University and Stirling University in February before their first Centenary Shield game against Northern Ireland at Beith Juniors FC on 6th March at 1.00 pm.

The players and staff will be focussed on a ‘winning start’ against the current holders of the Shield.