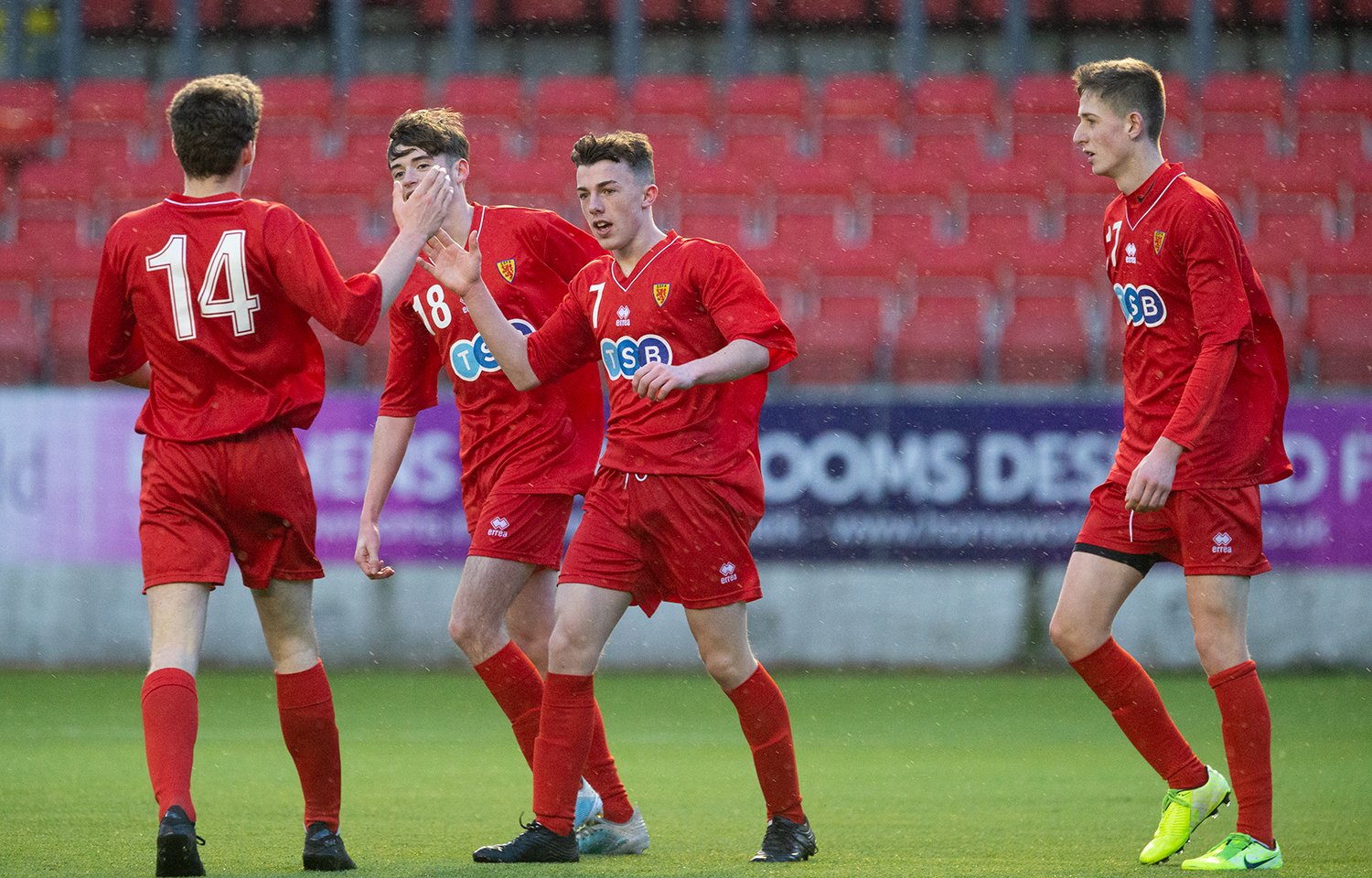 The college students provided opposition at a wind blown Broadwood Stadium and a worthwhile game took place despite the gale force wind.

The SSFA team will play their first international of the season, against Australia, on Wednesday 22nd January at Renfrew Juniors with an 11.00 am kick so the game at Broadwood gave the coaching staff an opportunity to again view the whole squad that was only selected a few weeks ago.

The 18 SSFA players involved all gave their best in difficult conditions to stake their claim for a starting spot against the Australian Schools FA team.

The defensive unit were careful playing against a strong wind and the NCL students created only a few half chances in early play.

The SSFA side took a 1-0 lead when forward Gospel Ocholi (John Paul Academy) stole a goal after 26 minutes.

The speedy forward disturbed the home keeper and full back, robbing them of possession before netting in the unguarded goal.

Home keeper Ryan Fulton made a number of good saves that kept the game close as the second half progressed but when he parried out a cross from Kyle Sneddon (Madras College) to the feet of James Graham the substitute forward netted from close in. Graham, a pupil originally from The Nicolson Institute Stornoway (now attending Dingwall Academy) netted to make it 2-0.

All substitutes were given a good run out as the second half developed. Wide man, Jack Reid (Woodmill High) created a chance for Scott Neil (Grange Academy) to make it 3-0.

That completed the scoring with the SSFA side not finishing off the chances created but playing some decent football on their way to a comfortable win.

Great help was offered by NCL in staging the game and providing competitive opposition.

Now the SSFA players have to turn their focus quickly to a game against opposition which traditionally offers strong, competitive opposition.

Hopefully the windy conditions will abate and the first international schoolboy match of the new decade will see an entertaining international at Renfrew Juniors on Wednesday 22nd January.