The Scotland U15 Girls started well in the Bob Docherty Tournament held at Toryglen in Glasgow.

The five-team tournament opened with two matches on the outdoor astroturf in bright sunshine. England took on the Republic of Ireland on pitch 1 while Scotland play Northern Ireland on pitch 2.

A good crowd watched both games, the Scotland v. Northern Ireland match kicking off a few minutes before the other game. After an even start where Northern Ireland fired a shot high and wide, Scotland opened the scoring in the 8th minute, with good work on the left from Alise Stewart against three defenders and the ball breaking to the penalty spot where Hannah Robertson beat the outrushing keeper to the ball and scored into the empty net with a left-foot strike, 1-0. 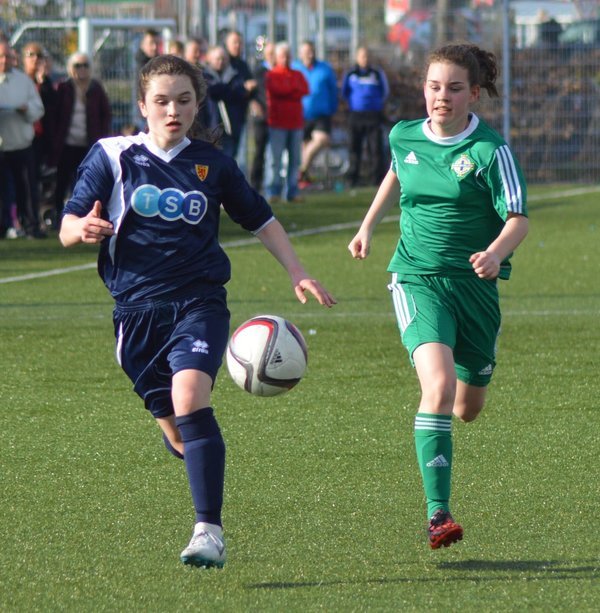 Scotland dominated the first half with Hannah Robertson always dangerous on the right wing and should really have been two ahead when a cross from Hannah fell to Alise Stewart at the near post but she miscued and the chance was away.

Five minutes into the second half a superb cross from Jemma Marriott found Alise Stewart at the far post where she connected to put the ball past the keeper, 2-0 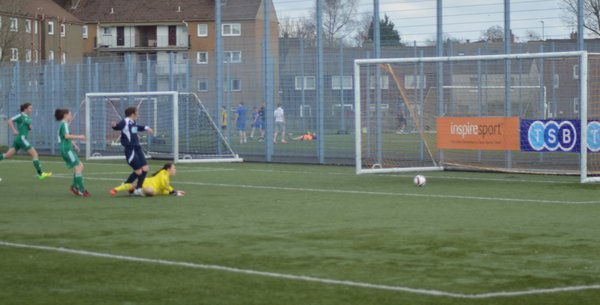 The Irish girls were not able to make much impact against the Scots defence and the Scots always looked like adding to their total. Twenty minutes into the second half more good work on the right-hand side presented Monica Anderson with the ball 20 yards out – she drove into the box, holding off a defender and hit a great right-foot shot from 16 yards over the keeper and into the net, 3-0. 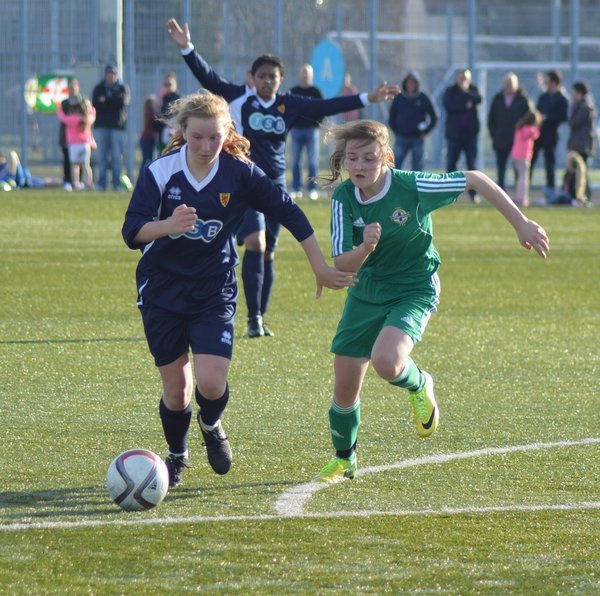 Two of the substitutes who had come on for the last quarter combined to give Scotland a 4-0 win in the last minute, Grace Molloy powering through the centre and, when her shot was blocked, Caitlin Ross was on hand to take the loose ball and slot it away from 6 yards.

On the next pitch England scored early against the Republic of Ireland with Mia Parry moving on to a through ball from Bronwen Thomas for 1-0 in the 4th minute. England continued to have the upper hand and Phoebe Warner met a low cross from Miri Taylor in the 17th minute to increase the lead, 2-0.

But it was all change in the second half as the Republic pulled one back two minutes in from a 20 yard free kick scored by Sadhbh Doyle. Irish pressure eventually told in the 15th minute when Sadhbh Doyle fired in a low drive for the equaliser after a corner was not cleared properly.

The final score was 2-2. In a dramatic penalty shoot-out which may count if all other factors are equal England won 3-2 with keepers saving, the ball being skied over the bar and hitting the post, as well as some well-taken penalties.