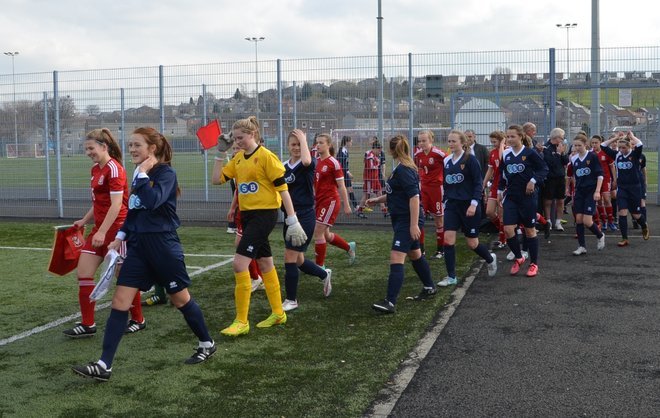 On a lovely sunny afternoon there were two matches on Day 3 of the Bob Docherty Tournament at Toryglen.

Meanwhile on pitch 2 Scotland played Wales. Wales attacked from the kick-off and forced a corner and looked lively in the early stages but Scotland soon turned from defence into attack with Caitlin Ross and Elena Santoyo-Brown eager to take on the Welsh defenders. In the 12th minute Caitlin Ross chased a ball down the middle of the park and, with a defender breathing down her neck near the edge of the penalty box, unleashed a left-foot strike past the right hand of the Welsh keeper, 1-0.

The rest of the half was fairly even but with no real chances, so there was all to play for in the second half.

Scotland brought on Grace Molloy and Hannah Robertson at halftime to show their attacking intent and this paid dividends in a three-minute spell at the start of the last quarter.

Kaela McDonald who was again a power in midfield took the ball from the middle of the park out towards the right touchline and curled in a superb cross to the penalty spot where Grace Molloy rose to head in to the top left corner, leaving the keeper with no chance, 2-0 (39m). 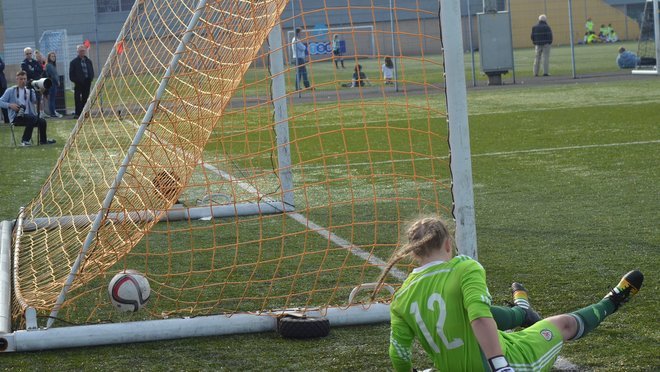 Three minutes later Hannah Robertson chased down a loose ball which Emily Poole in the Welsh goal tried to clear on the 6-yard line but the ball bounced off Hannah and ran wide to the right where Grace Molloy came in to sweep the ball into the empty net, 3-0 (42m). The keeper took a knock in the process but after treatment was able to play on. 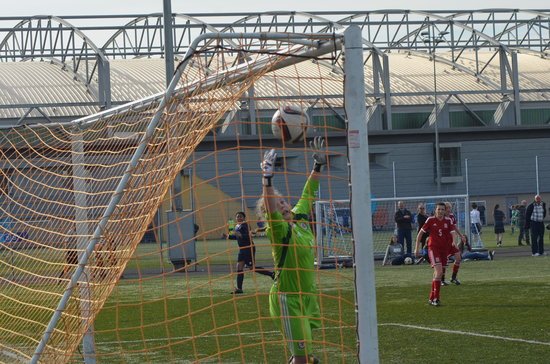 So it was a good win for Scotland who now move to the top of the group, but will face stiff opposition when they play the Republic of Ireland in the final game on Thursday morning. Whoever wins that one will win the tournament, so it will be an exciting game. Northern Ireland will play Wales at the same time on pitch 2.