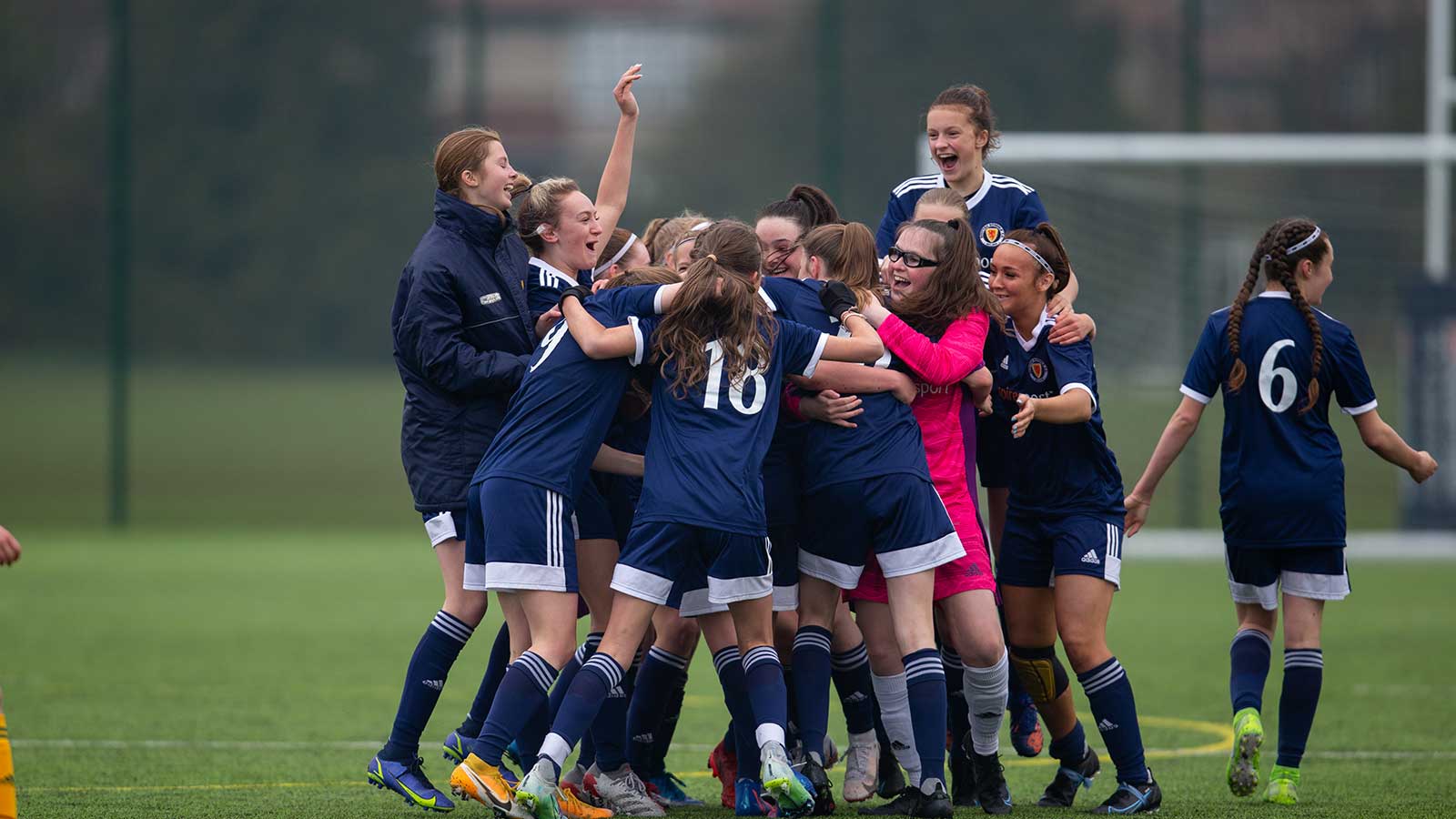 Goals from Bella Conreno and Freya Brien, late in the first half, secured Scotland a place in the final of the Bob Doc Tournament for the first time since 2016. The Republic of Ireland will be our opponents on Thursday. Kick off at 11:00am

In contrast to Monday, the wind and cold had been replaced by wet and warm conditions for Scotland group game against Wales.

The game started as expected with both team attempting to establish dominance. Scotland started strongly, but the well organised Welsh side were equal to them.

In midfield Lily Boyce and Freya Brien had their work cut our preventing Wales build up play, but performed their task superbly.

The first chance fell to Wales, in the eleventh minute, when they intercepted a slack pass in midfield, played the ball down the left wing for their on-rushing forward to cut in and shoot narrowly past the far post.

In the 18th minute Scotland opened the scoring. Pressing by Laura Berry and Bella Conreno resulted in Bella intercepting a pass out from the full back. She then drove into the Wales box and calmly slotted the low to the keepers right into the net.

One minute later Emma Thomson pulled off a great save when she held onto a low shot from 16 yards out.

In the 23rd minute Wales equalised. A long diagonal ball right to left, caught the Scotland defence out, allowing the Wales 13 in. She stepped inside and fired in a low shot across Emma Thomson. Emma got a hand to the ball but could only parry the ball out to a waiting Wales number 14 to hammer the ball into the empty net.

In the 33rd minute Scotland took the lead again. Belle Conreno hit a superb corner into the Wales six yard box for Freya Brien to rise above the defence and head an absolute rocket past the keeper, into the corner of the net.

Wales certainly came out for the second half in a determined mood. They pressed Scotland back and kept the game inside Scotland’s half.

In the 60th minute Scotland had a close shave when Millie Paton cleared a Welsh shot off the line after great build up lay by the young Welsh side.

Three minutes later Wales hit the bar. This was closely followed by Emma Thomson pulling off another great save pushing the ball onto the bar to deny Wales.

Scotland had a few attacks in the Welsh half but it would be fair to say most of the game was being played in midfield and the Scottish half.

Wales continued to push to get the equaliser but Scotland held out to get the result needed to progress to the final on Thursday.

Post-Match Interview with Bella and Freya