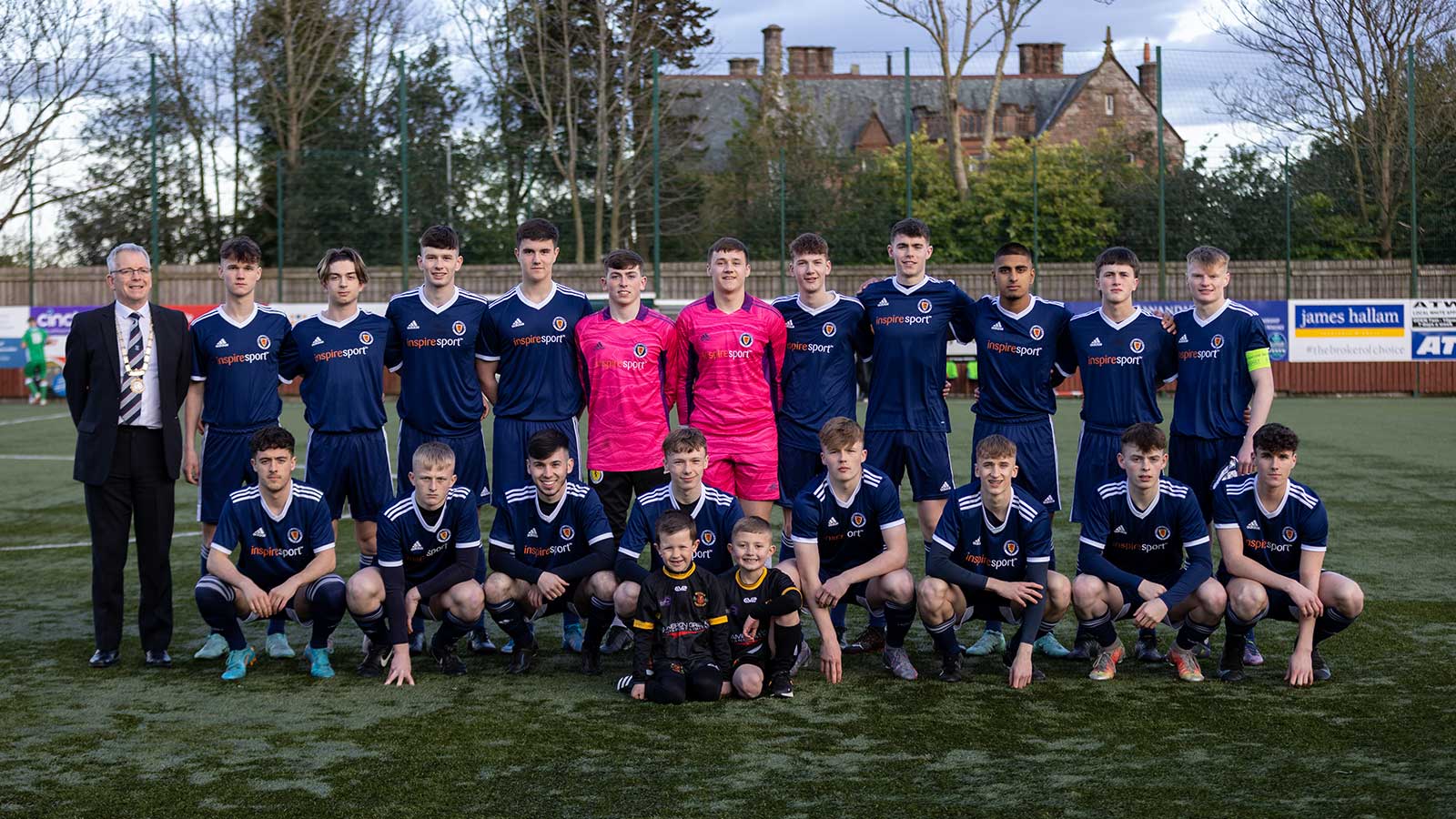 Scotland’s Under 18 international schoolboy side brought their 2022 Inspiresport Centenary Shield campaign to an end on Thursday 8th April with a game at Galabank, Annan.

Unfortunately, they were beaten 2-0 by a very competent Welsh side who now have two big games coming up against England and Republic of Ireland.

Scotland were able to hold the Welsh opening, which was strong and fast, but in the 8th minute the visitors went ahead.

The Welsh captain, Josh Williams latched on to a defensive header at the edge of the box and he hit his shot past keeper Matt Wallace ( Linlithgow Academy) into the corner.

Scotland had most of the play for the rest of the half but couldn’t really create any great chances.

Lewis Gibson tried a clever chip when he spotted the Welsh keeper off his line but his effort went narrowly over the cross bar.

Scotland made three half time subs with Hamilton, Brander and Reilly coming on to try to change the game.

Ben Lamont made himself a chance, but pulled his shot wide.

Wales made it 2-0 midway through the half with captain Josh Williams again doing the damage with a well placed shot into the far corner.

Scotland tried further changes with Mohammed and Stenhouse coming on. But Wales controlled the game well to secure their win.

Scotland won their first match against Northern Ireland but couldn’t match this result in the other games.

The boys, nevertheless, have been a credit through out to their school, their family, their club and themselves.

They and their families will meet up one more time at Hampden for the Cap Presentation Ceremony on Monday 18th April. A proud evening for all involved.

Well done boys – thanks for your efforts.

Thanks also to the coaching staff Craig Johnstone, Scott Douglas, Steve Harvey and Gerry O’Hare who worked so hard with the team.

Finally, thanks also to President Robert Allan for his support and of course International Team Secretary, Les Donaldson MBE.