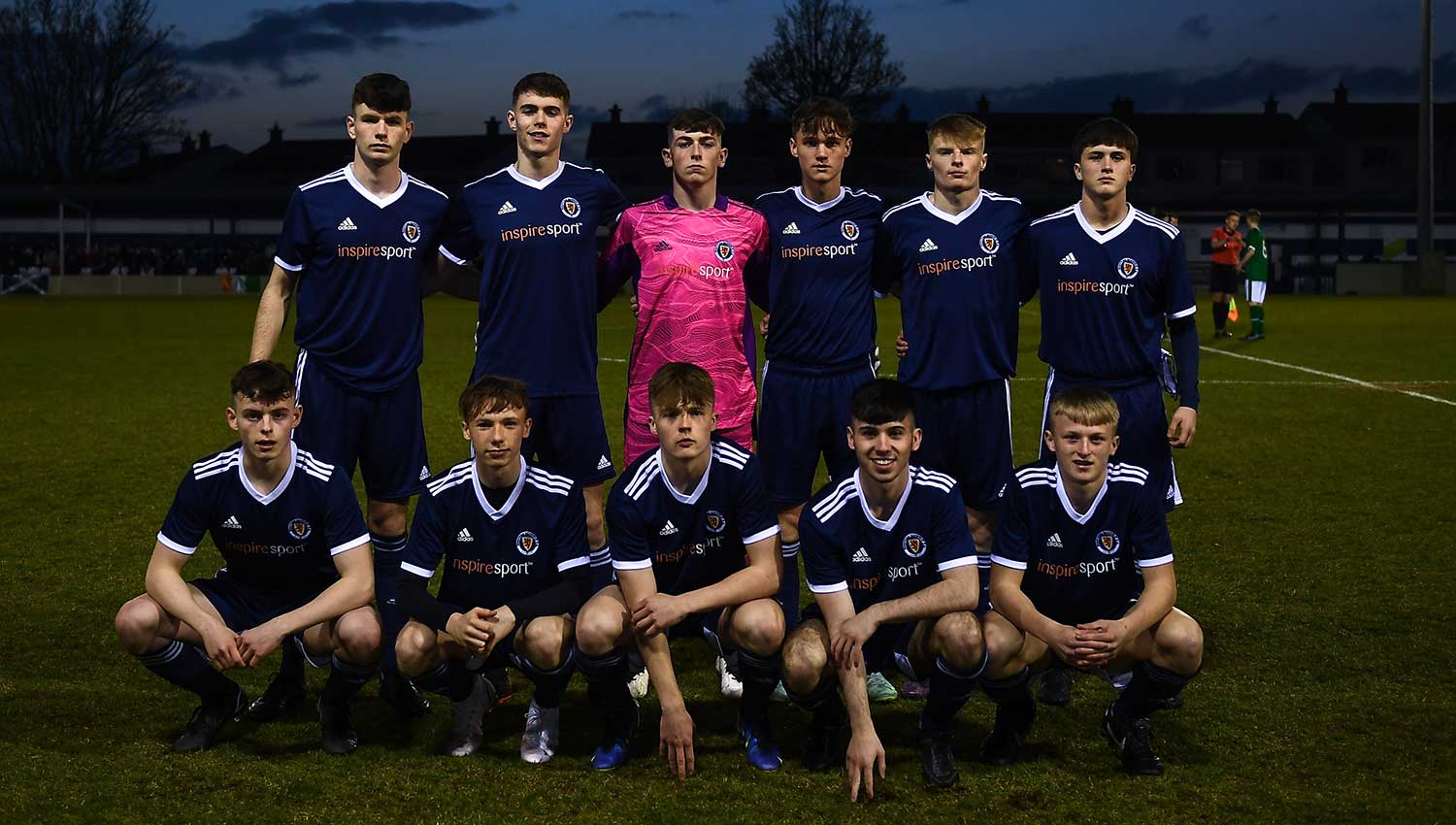 Defensive errors cost Scotland dearly, in a closely fought Centenary Shield International, against the Republic of Ireland in Dublin on St Patrick's Day

The SSFA under 18 international team returned from Dublin from a Saint Patrick’s Day Inspiresport Centenary Shield match with their heads held high but they suffered a painful 2-1 defeat at Home Farm FC , Dublin at the hands of a strong and competitive Republic of Ireland side.

Scotland realised within the first few minutes of the game that they faced stern opposition against good opponents and on a bumpy surface at Home Farm. They did however survive the first fifteen minutes of a fairly frantic start and settled into the game.

Against the run of play it was Scotland who took the lead. Che Reilly ( St Columba’s HS, Dunfermline) who was one of two player changes made from their first game v Northern Ireland, cut infield and fired home from 20 yards to put Scotland in front.

The Ireland side responded with some very good play and dominated the game.

They scored a fortunate equaliser around the half hour mark, when a Scot’s defender slipped and mistimed his clearance. The Irish forward happily hammered home the chance.

Scotland were frustrated at a few decisions and minutes before half time a penalty kick was awarded to the home side.

Scotland keeper, Liam Russell (Holycross Secondary) pulled off a terrific save which kept the half time scoreline at 1-1.

Scotland made two half time substitutions with Rayan Mohammed ( James Gillespies HS) and Brodie Watt (Portobello HS) coming on in an attempt to change the game and Scotland did gain a bit more control.

Unfortunately it was the Irish side who grabbed what proved to be the winning goal.

A Scotland defender tried to see the ball over his goal line but his opponent recovered the ball and crossed to a team mate who had an easy chance to score.

Despite a late half chance falling their way, a brave block secured Ireland a win in their first game of their campaign.

Scotland were left frustrated and disappointed but know that they have to lift themselves quickly ahead of their next match which is away to England at Spennymoor on Friday 1st April.