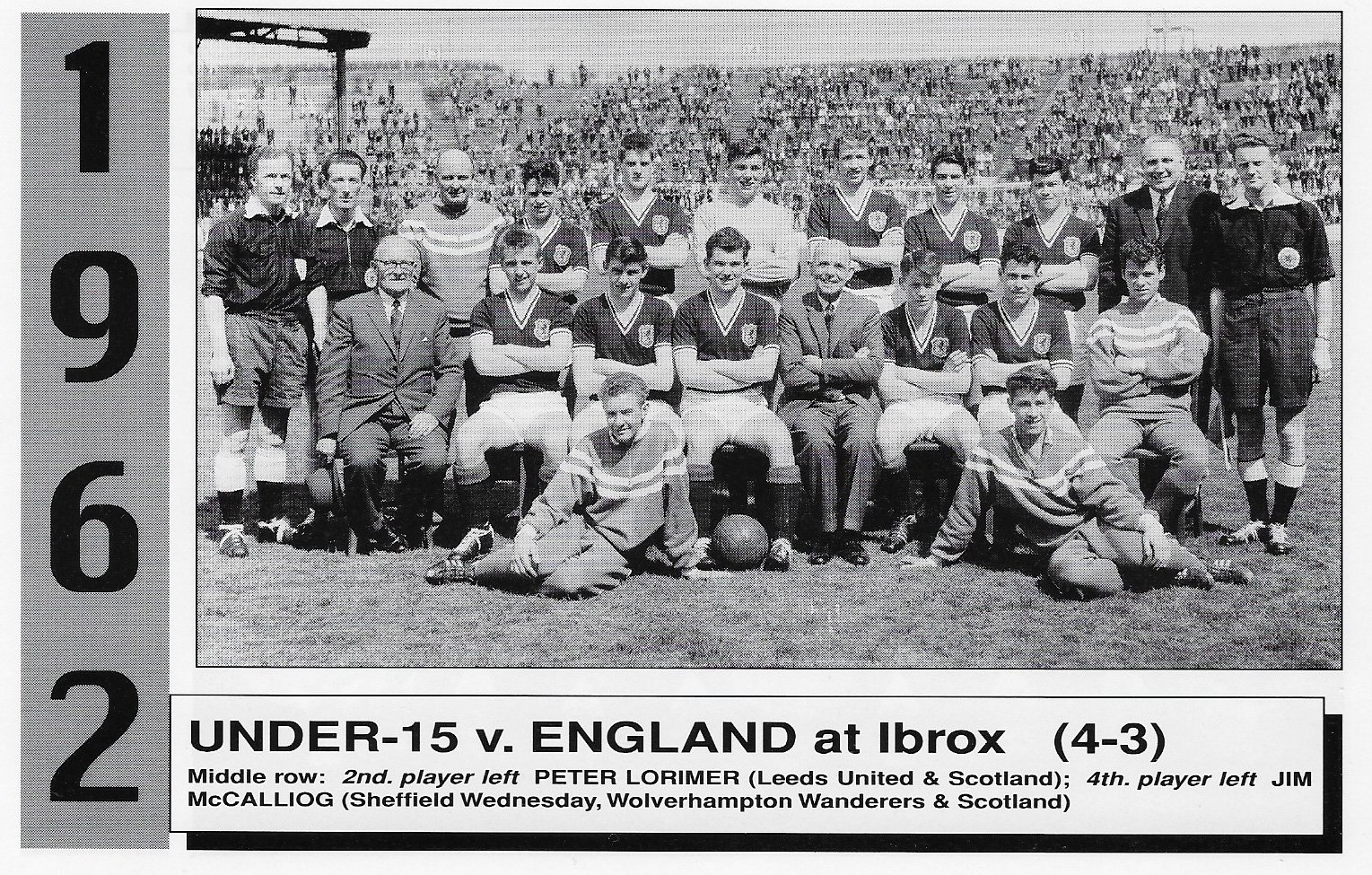 It was with great sadness that the Scottish Schools’ F.A. learned of the passing of yet another former schoolboy internationalist. Peter Lorimer passed away on March 20th 2021, at the age of 74.

The Scotland legend first pulled on his nation’s jersey as a 15 year old while a pupil at Stobswell Secondary School, Dundee.

Lorimer, who went on to play for his country 21 times at full international level, was one of a distinguished squad of boys including the great Jim McCalliog who formed part of the Scottish Schools’ F. A. side that won the Victory Shield in 1962 defeating England at Ibrox (4-3), Wales in Cardiff (4-1) and Northern Ireland in Belfast (5-1).

Lorimer left school the same year to join Leeds United and became a central pillar of Don Revie’s great side of the late 60s and 70s playing alongside other former Scottish School’s F.A. internationalists including Billy Bremner, Eddie Gray and his brother Frank Gray.

Lorimer’s speciality was long range shots from outside the box, earning himself a series of nicknames including, Hot Shot and Thunderboots.