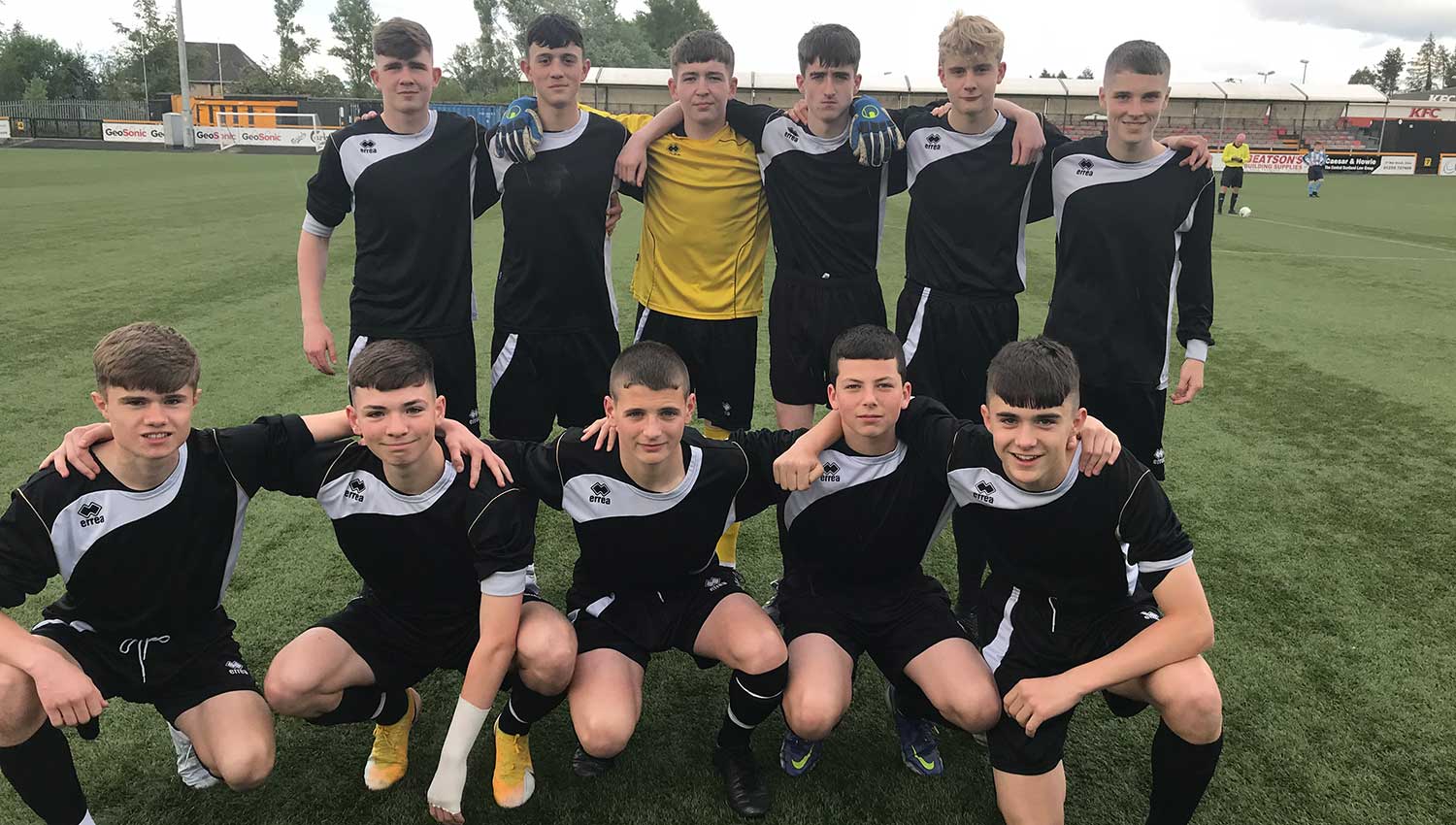 The Indodrill Stadium, Alloa was a fitting venue for the SSFA under 15 National Trophy Final.

This trophy is contested between local associations and the final showcased the best of schoolboy football across the country.

Played between Fife SFA and Paisley SFA the game was action packed throughout and was decided by a devastating five minute spell at the start of the second half.

Fife had taken a lead with just over five minutes of the first half left in what had been a well contested final. Callum Stewart pounced on a rebound after a fine save from P&D keeper Shay Kelly (Trinity HS). The Kirkcaldy HS winger was in the right spot to slot the rebound home from eight yards out to give Fife a half time lead.

Paisley and District had started the game in strong fashion and Fife had keeper Couper Wilkie ( Woodmill HS) to thank for keeping them in the game. Three great saves and then the post saved Fife from falling behind and they gradually took control of the game. P&D keeper Kelly made a few saves and Fife also hit the woodwork before the first goal arrived in the 37th minute.

After an even start, and in a spectacular five minute spell between the 55th minute and 60th minute Paisley and District snatched the victory and the cup winning success away from Fife.

Cameron Keay ( Glennifer HS) latched on to a through ball and his run and controlled shot were too good for Wilkie and the scores were even.

Almost immediately after the re- start Mathew Falconer ( St Ninian’s HS) scored to give his side the lead and in the 60th minute Aiden Gilfeather ( St Andrew’s Academy), who had been a real threat throughout netted a third goal for the ‘on fire’ Paisley side.

Fife kept trying hard but P&D were in control of a game well handled by referee Paul Taylor, his assistants Gordon Wilson, Graeme Heeps and fourth official, the ever green Tom Cavanagh.

The final whistle signalled the victory for P&D and gave SSFA President, Robert Allan the opportunity to award the cup and medals to his own association side in front of a good sized crowd. 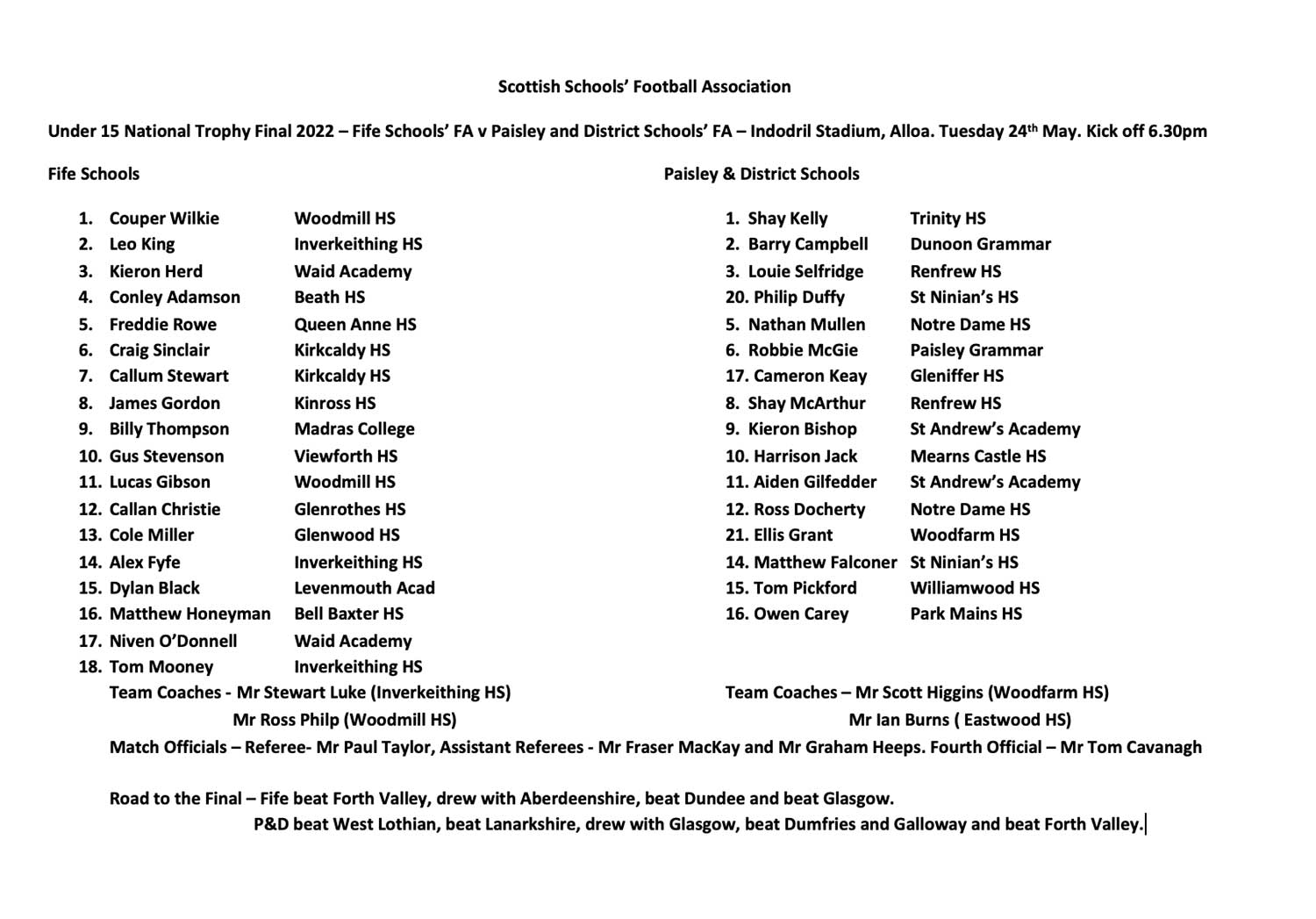