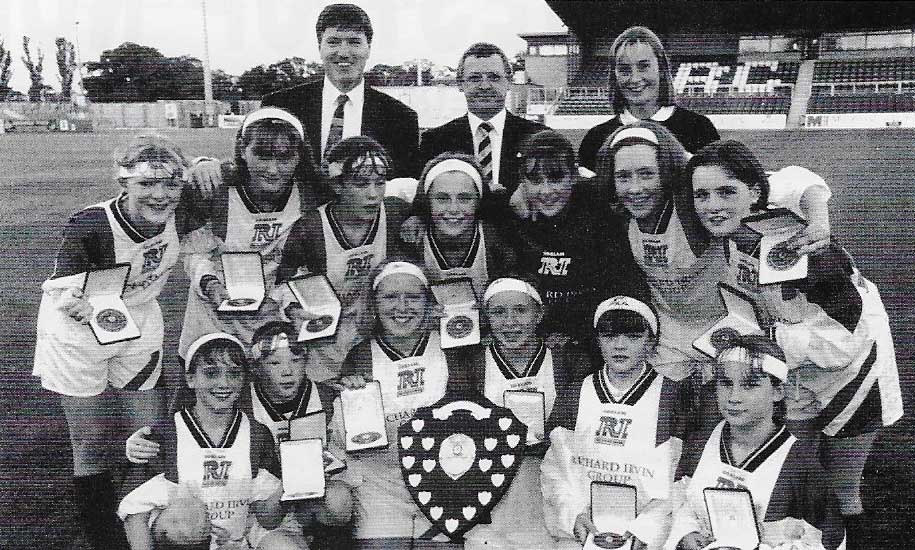 This final had been held over from the previous season.

On a beautiful balmy evening in Dingwall Torry Academy and Golspie High School served up  an excitiing and entertaining final.

Elaine Gunn of Golspie, who was a constant menace to the Torry defence, opened the scoring in the fifth minute with a left foot drive high into the Torry net.

Then her namesake Sarah Gunn  of Torry Academy, who proved to be the most influential player on view, cracked a low shot into the right hand corner of the Golspie net to equalise.

Play continued to fluctuate up to the interval with Claire Bonner of Golspie and Leeann Pearson of Torry both coming close.

As the second half progressed, however, Torry’s superior strength began to tell and it came as no surprise when a deflected shot from Mandy Martin put then ahead in the 49th minute.

Victory was secured for the Aberdeen team in the 66th minute when livewire Jade Christie outstripped the Golspie defencer and scored with an angular shot from the edge of the box to give Torry a well deservedf 3-1 win and cap a wonderful evening’s entertainment.