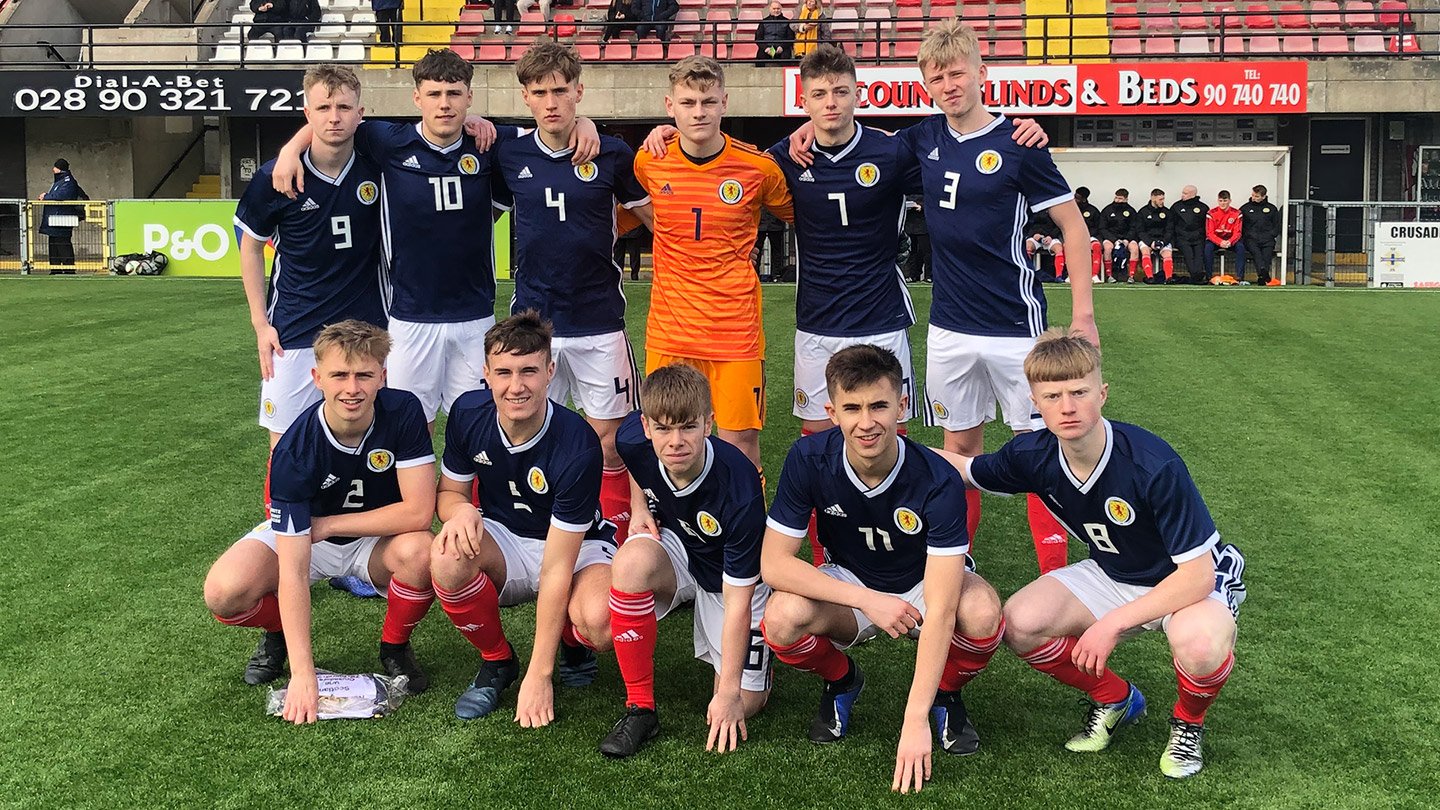 The SSFA international squad will be looking to bounce back quickly from their narrow defeat away to Northern Ireland when they play England at Inverurie on Thursday 22nd March.

It was a disappointing performance and result in their first Centenary Shield match played in very blustery conditions at Crusader’s Seaview Stadium, Belfast on Thursday 7th March.

In what was a scrappy game the home country netted early in the second half with the game’s only goal and Scotland were unable to mount any significant comeback.

Scotland were dealt a  blow prior to kick off when Jack Hodge, a player in last season’s team, was unable to recover from a slight thigh strain and so was not risked.

On an astro with a particularly high bounce and with a strong wind affecting the play, the opening minutes of Thursday’s game were scrappy.

The home side settled faster and, coping with a difficult low sun, Scotland’s keeper Lee Herbert ( Buckie HS) was lucky when he mishandled a shot which bounced on his head before clearing the cross bar. Lee recovered from this with some good saves and Scotland defended well as the Irish side exerted the pressure.

In their warm up matches the Scots had been free scoring but they couldn’t produce much up front in the first half which finished at 0- 0.

Scotland made one half time substitution in which Tiwi Daramola ( St Mungo’s HS, Falkirk) came on to replace Wilson Romanis ( Graeme HS).

A few positional changes brought about an improved performance but goal scoring chances were few and far between.

Ten minutes into the second half an Irish wide free kick on the left was swung in. As Herbert came to claim the ball it seemed to stall in the wind and the Irish forward was able to contest the ball in the air. When the ball dropped there was an easy tap in score for Northern Ireland’s Ryan Carmichael.

Despite every effort and further substitutions, Finlay Robertson coming on for Owen Andrew and Josh McConville replacing Ross Smith the visitors didn’t really manage to ask too many questions of the home defence.

Scotland now face ‘the Auld Enemy’ on Thursday 22nd March at Inverurie Locos with a 7.00pm kick off.

The squad will be anxious to produce a better performance and achieve a win against strong opponents.