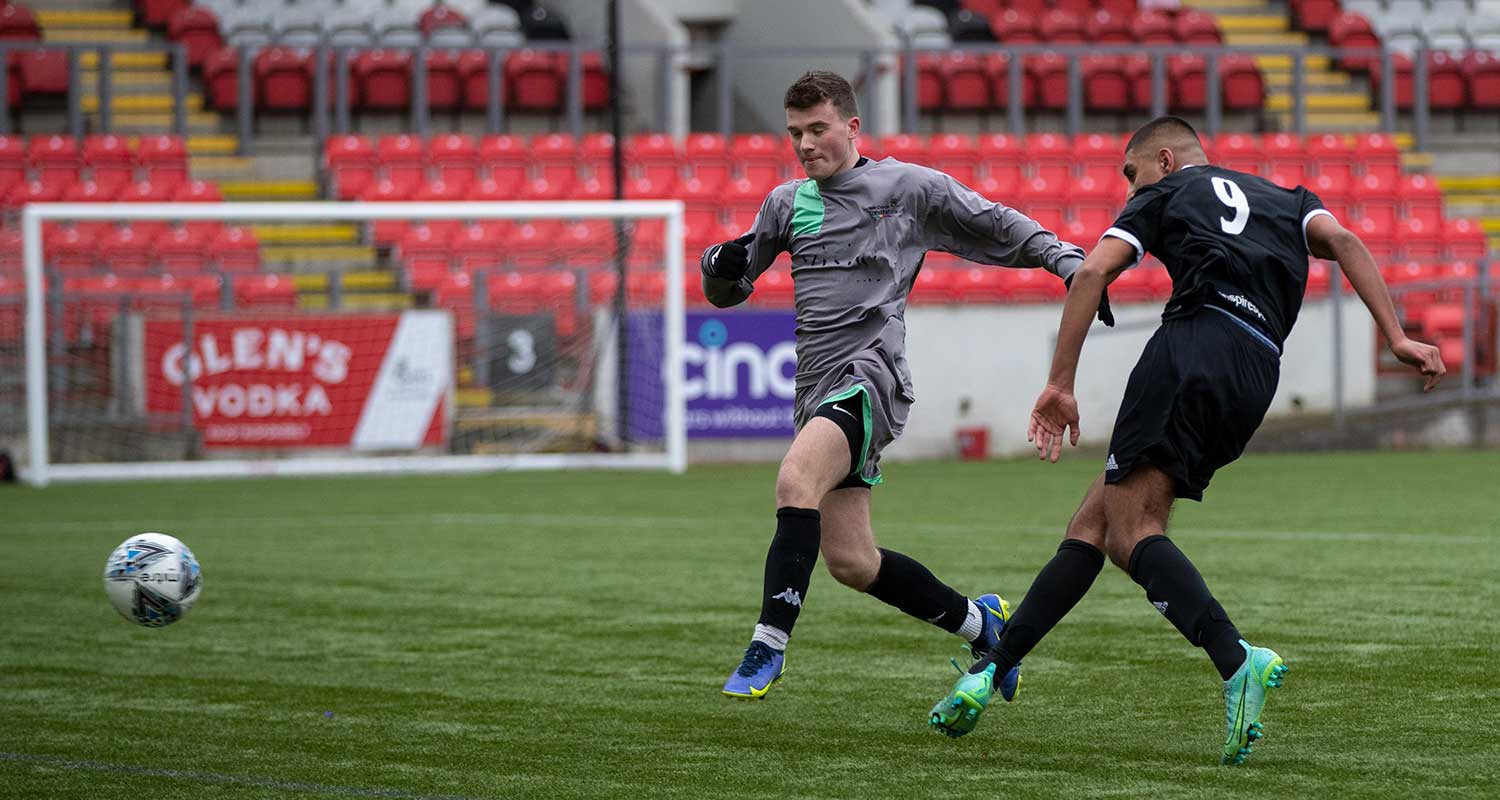 An 88th minute goal by Ollie Brander gave Scotland a win to set them up for next Thursday's Centenary Shield opener against Northern Ireland.

The SSFA international schoolboy squad earned a narrow 2-1 victory at a blustery Broadwood Stadium on Wednesday against the students of New College Lanarkshire.

This was the sides’ final preparation game ahead of the Centenary Shield campaign which starts next week against Northern Ireland. The game at New Western Park, Renfrew kicks off at 7.00 pm on Thursday 3rd March and is well worth coming along to watch.

In a tight game at Broadwood the Scotland side made a bright start putting the student team under pressure.

Striker Rayan Mohammed robbed the keeper of the ball as he dribbled out. The James Gillespie’s HS forward added to his tally of goals scored in the warm up matches.

Gradually NCL got back in to the game but half time arrived with the scoreline in favour of the SSFA side 1-0.

Immediately after the break NCL grabbed a quick equaliser after sloppy SSFA defending.

The schoolboy side then mounted wave after wave of attack looking to get back in front.

However off target shooting and over elaborate build up play saw them miss too many chances.

It was left to midfielder Ollie Brander (Grove Academy) to strike home from 16 yards with only two minutes of playing time remaining.

Brander scored a late equaliser against the Independent School side in January but this time his effort was a winning goal.

Unfortunately goalkeeper Fergus Robertson ( St Johns HS, Dundee) has not managed to recover from injury so has been replaced by Mathew Wallace ( Linlithgow Academy). Mathew will join the squad for the game next week against Northern Ireland.

The team now meet up next Wednesday to prepare for the opening game of this season’s Centenary Shield competition.