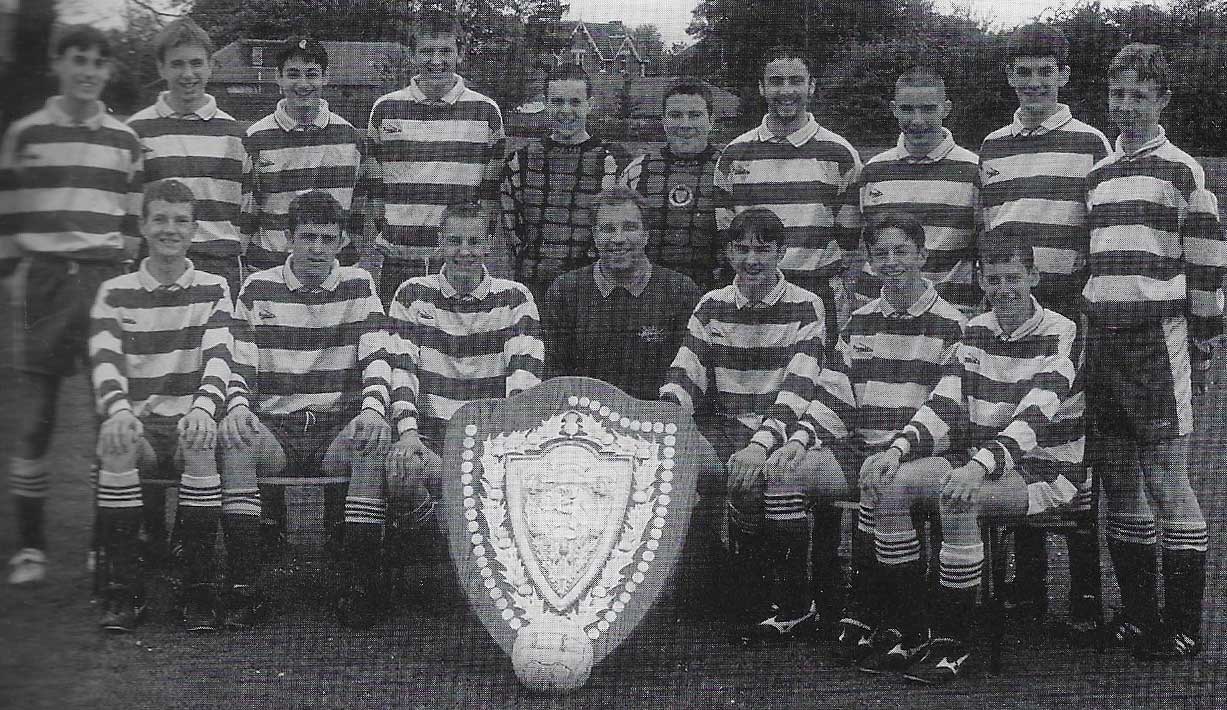 With no schools' football at present, here is a lookback at Shield winners from years gone by. This week we reproduce the match report from the Senior Shield final from 1998. 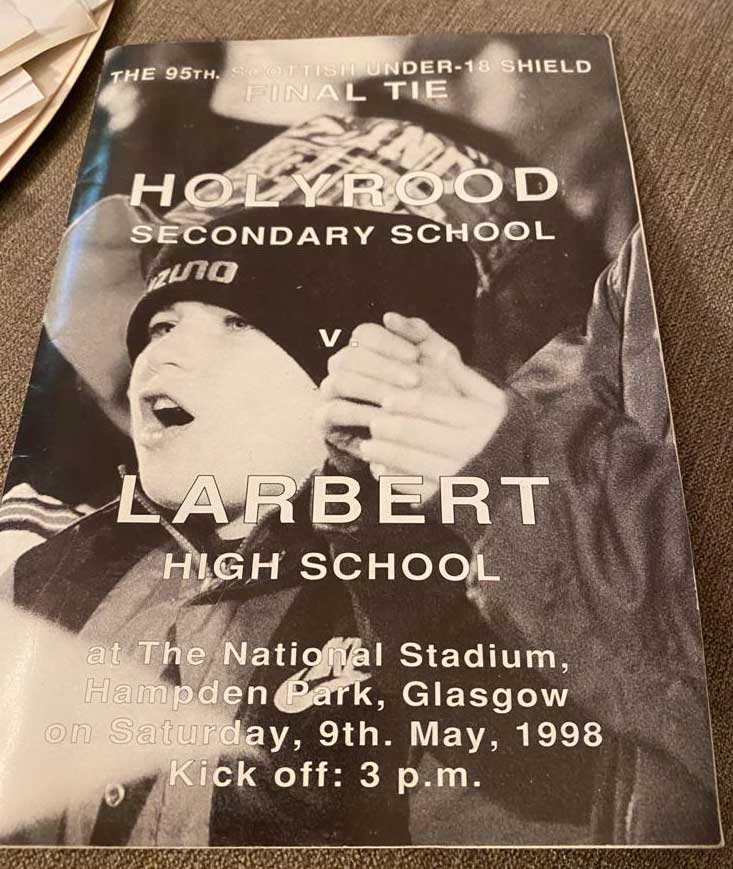 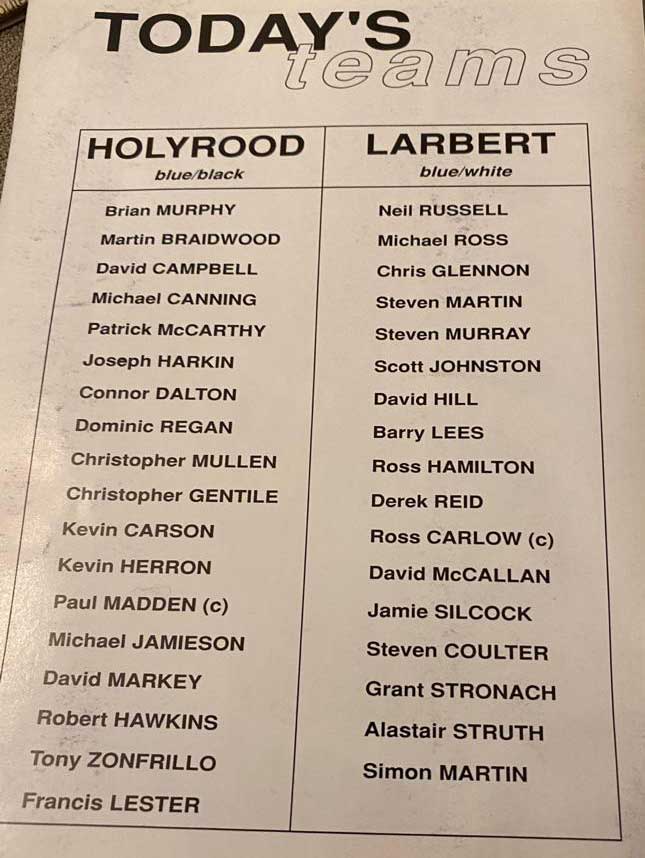 Larbert began the game in a positive mood and attacked Holyrood at the earliest opportunity. However the Glasgow school stood firm and showed a willingness to build play from the back.

The Holyrood midfield looked impressive at this stage with internationalist Paul Madden testing the Larbert defence with some telling through passes.

Midway through a fairly even first half, Holyrood took the lead through their energetic striker Robert Hawkins.  He ran on to a lofted pass and angled his shot past the advancing Larbert keeper Neil Russell.

Undeterred by this setback, Larbert responded immediately forcing Holyrood into a series of scrambled clearances.  For the first time in the game the Holyrood defence looked vulnerable, especially in dealing with Alistair Struth’s accurate crosses from corners.

Holyrood retained their lead up to half-time, although it needed an excellent reflex save by their keeper, Brian Murphy, to deny David McCallan from equalising from close range.

The second half belonged to Larbert.  The strong running midfield managed to shake off their markers and began to penetrate the heart of the opposition defence.

In the 60th minute the Larbert equaliser was spectacular.  After some good triangular passing, Ross Carlow crossed into the the Holyrood penalty box.  Grant Stronach took the ball on the turn and volleyed an unsavable shot into the top corner.

However this was to prove Holyrood’s last threat on goal for Steven Martin and his defence completely neutralised the Glasgow school’s forwards from then on.

At the other end of the pitch it was a different matter and in the 78th minute Ross Hamilton picked up a clearance from a corner, raced to the goal line and cut the ball across goal where a grateful Steven Murry cooly accepted his chance to make the score 2-1 to the Larbert school.

In injury time Larbert came close to scoring before finally sealing Holyrood’s fate. Ross Carlow worked a short corner with Ross Hamilton who advanced to the edge of the penalty box before unleashing a powerful drive past the outstretched keeper.

When the referee brought the competative, yet sporting, final to an end it was a time for celebration.  After all, Larbert had just won the oldest schools’ competition in the world and had become the 95th name on the Shield. 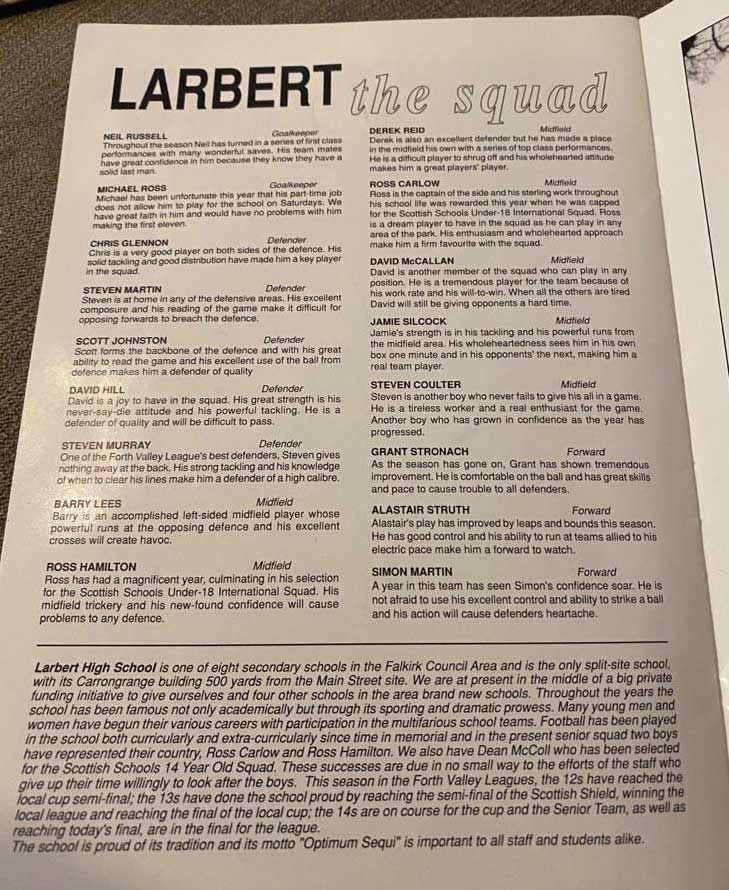 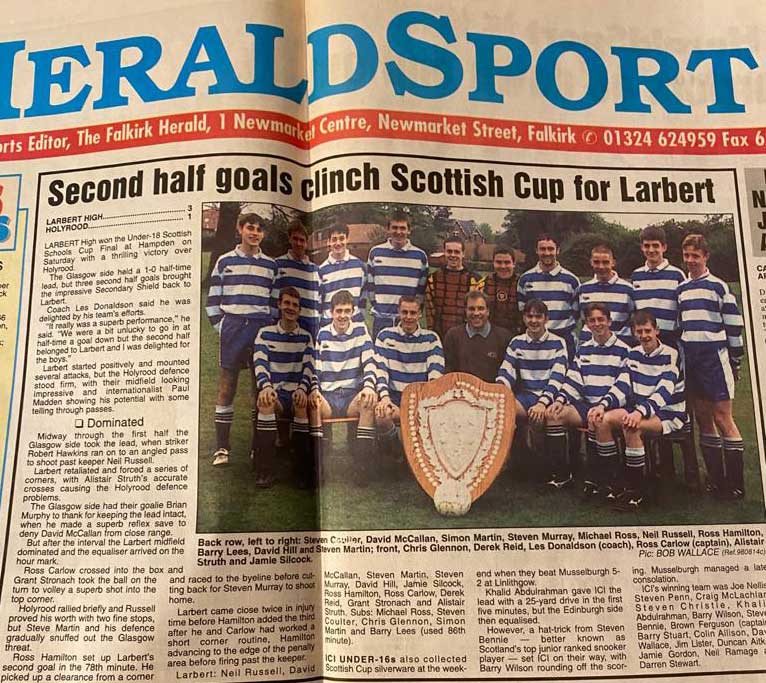 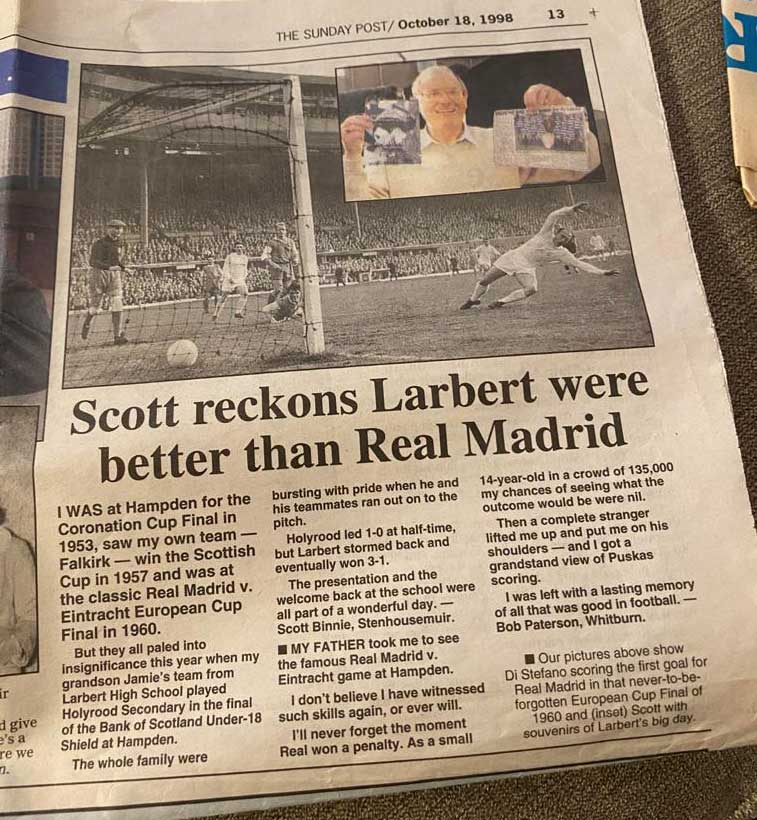 As a footnote, Ross Carlow, captain of the winning Larbert High moved to the USA on a football scholarship 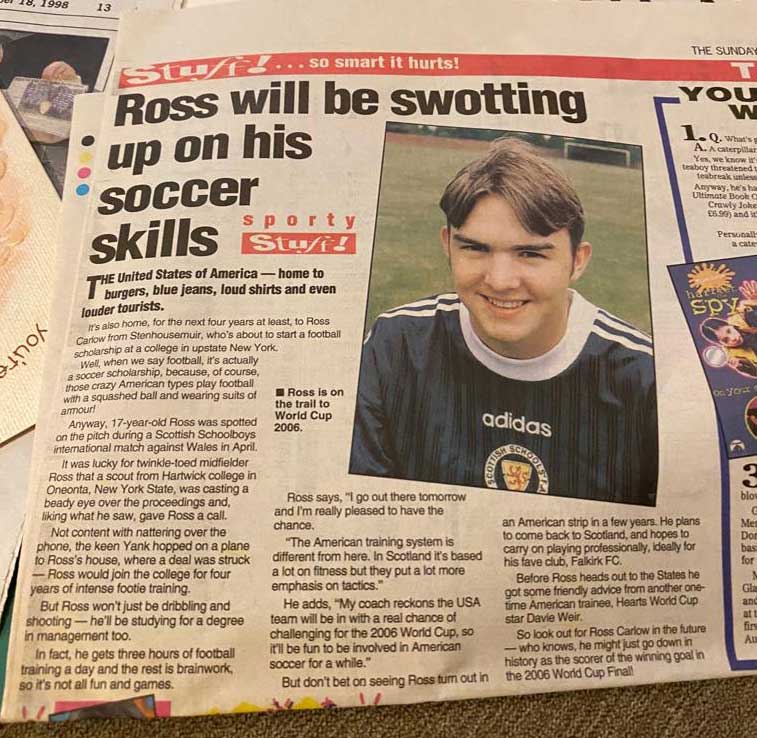