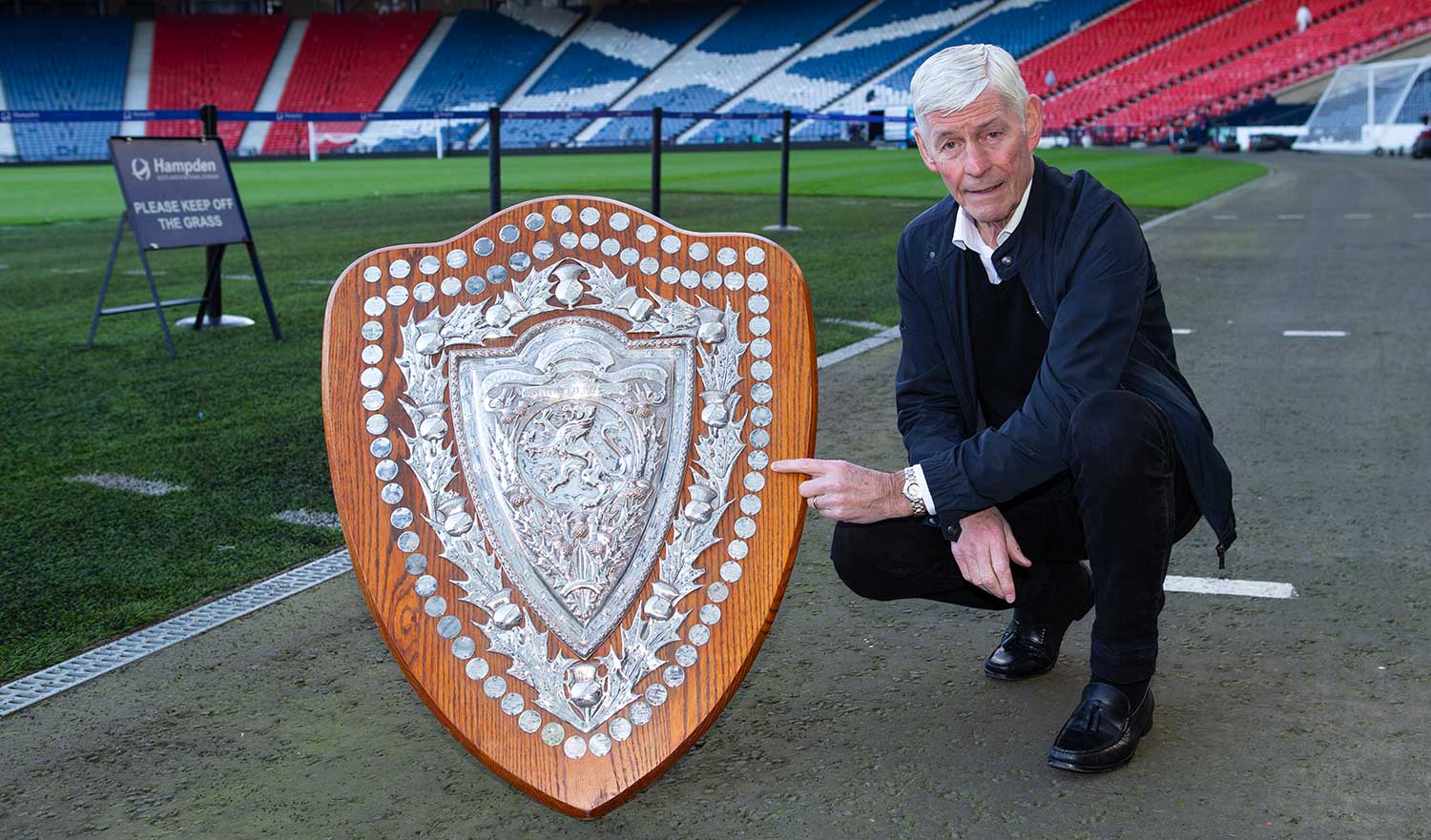 Former Scottish Schoolboy Internationalist and Senior Shield winner, Jim McCalliog, held the Senior Shield for the first time since winning it with Holyrood Secondary in 1962.

Jim, famous for scoring the winning goal against England in 1967 (the year after England lifted the World Cup), played for Scottish Schools Under 15s against England at Ibrox Stadium, beating the auld enemy 4-3, before being called up to the Holyrood Secondary Under 18 team for the final against Falkirk High a week later.

This was his very first time playing at Hampden Park and a memory he still holds with great fondness.

After that final Jim signed professional forms with Chelsea before moving to Sheffield Wednesday, Wolves, Manchester United and Southampton. He won the F.A. Cup with Southhampton, beating Manchester United 1-0 in the 1976 final at Wembley. Jim also captained Wolves to the final of the UEFA Cup in 1972, narrowly losing 3-2  (on agg) to Tottenham Hotspur.

Jim played for Scotland at  youth and Under 23 levels before gaining five full caps level during his career.