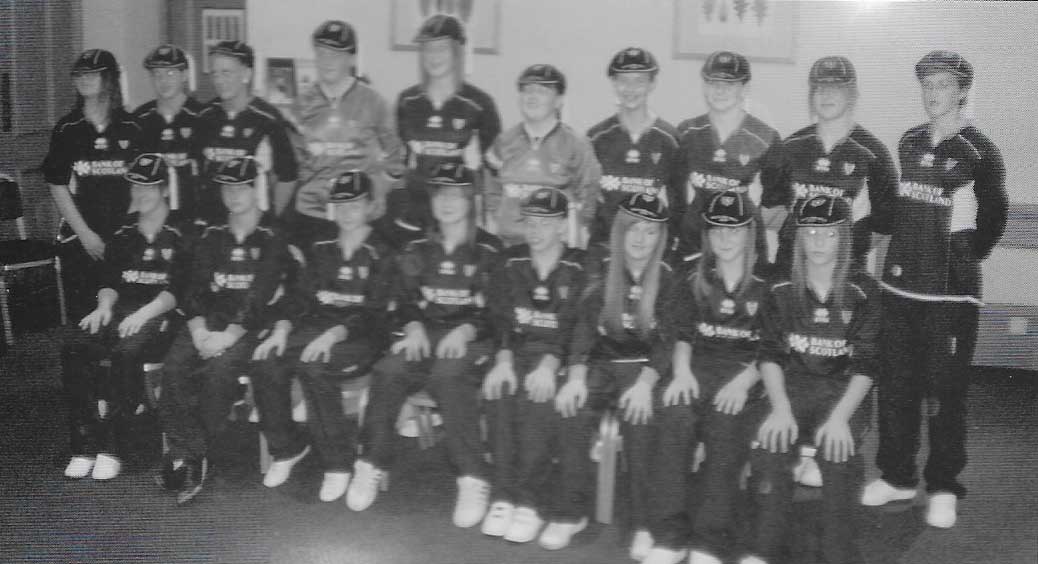 History is made -Girls get Caps

Our Under 15 Girls squad came of age by playing in the very first SAFIB sanctioned international competition – The Bob Docherty Tournament  – in Wrexham in April 2007.  Although they beat Wales, the eventual winners, they lost to the Republic of Ireland. By playing full international football the girls were presented with their caps at the end of the very first Bob Doc Tournament. The girls also created another piece of history a month earlier by playing Belgium at Linlithgow in March.  The was the first SSFA Girls international against ‘foreign’ opposition. The score was 4-0 to the Belgiums.

Our Under 18 boys squad were unable to match the other home nations in the Centenary Shield but manged a 2-2 draw against a Malta under 19 side in Valetta. 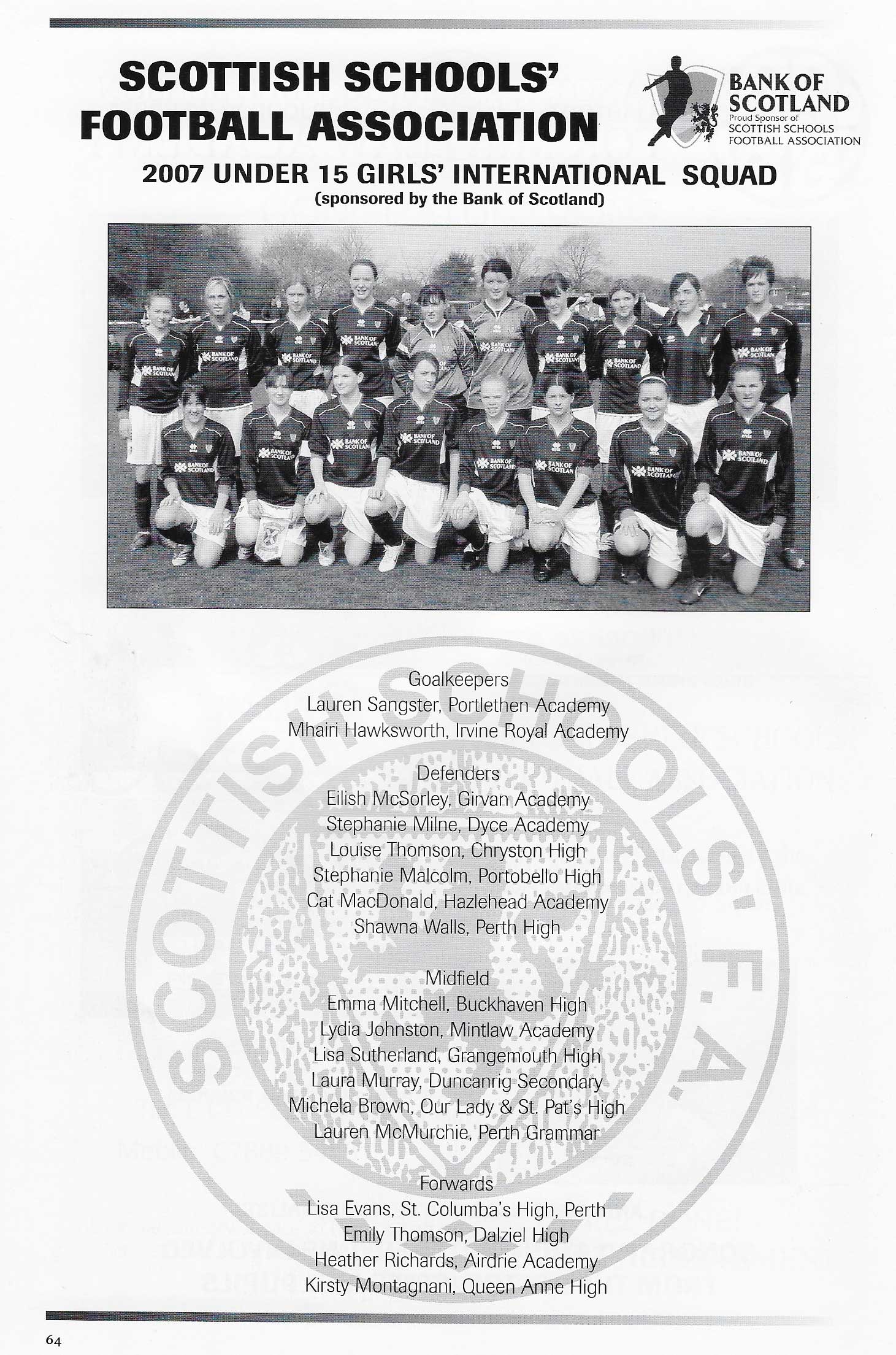 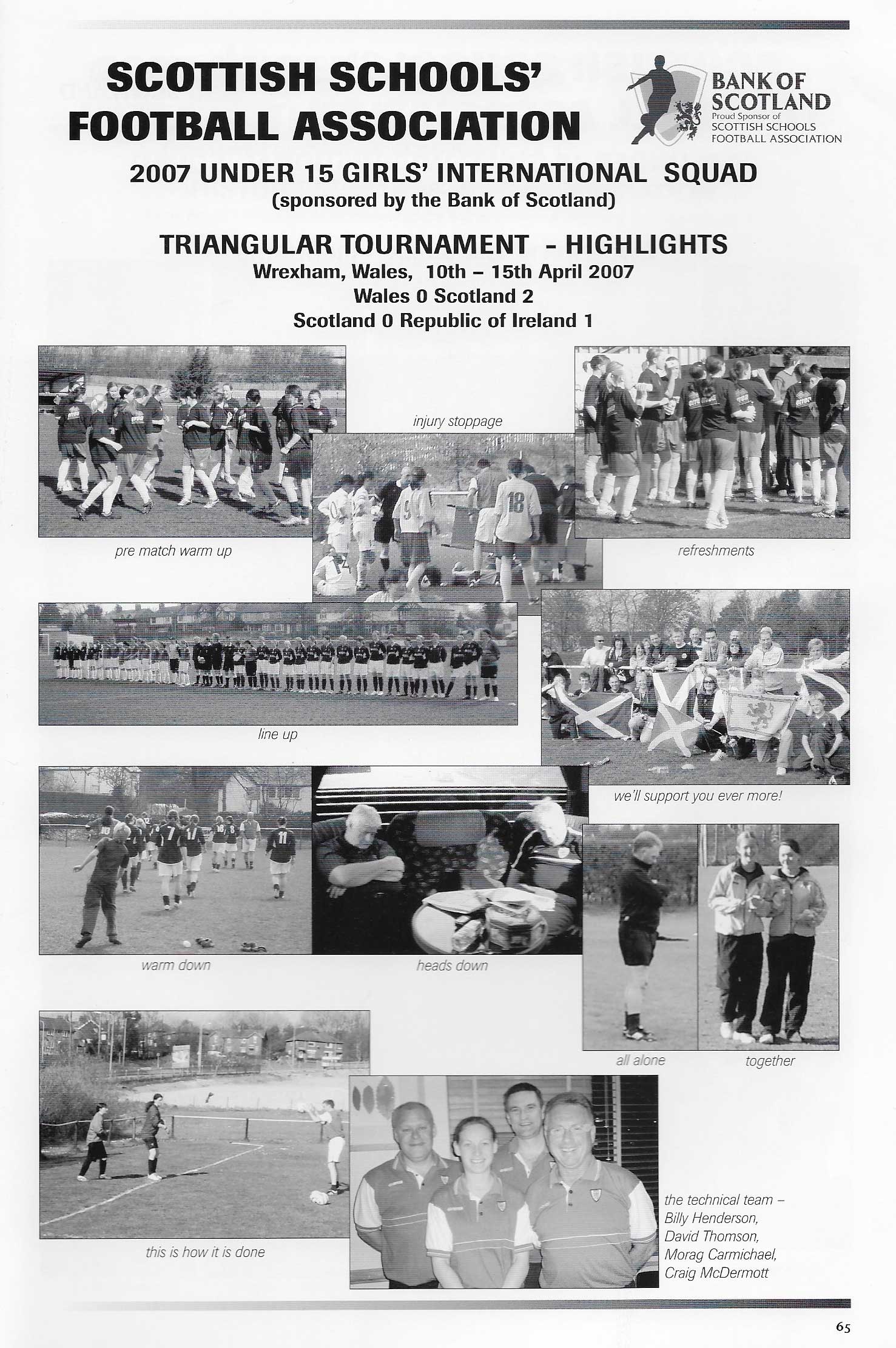 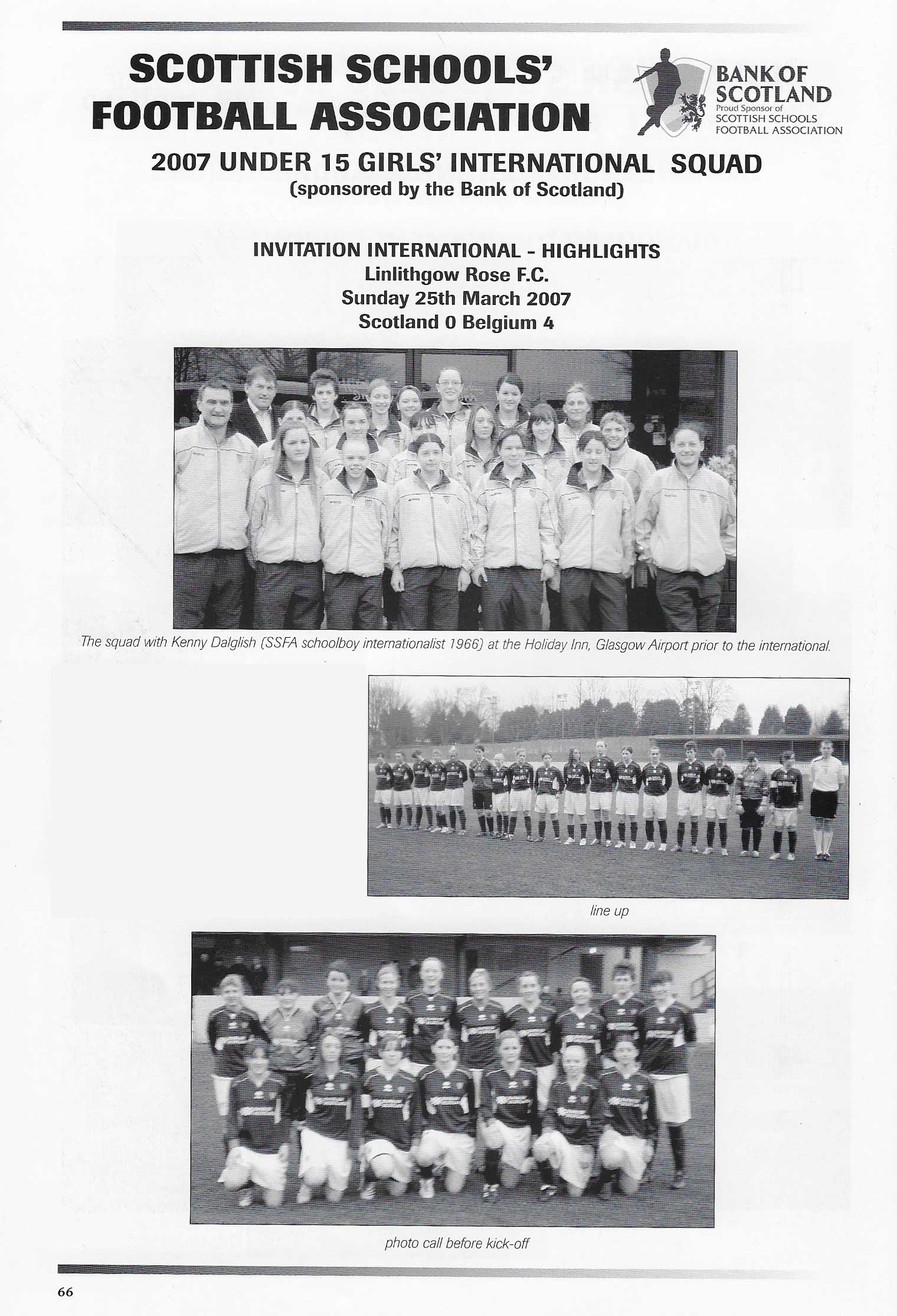 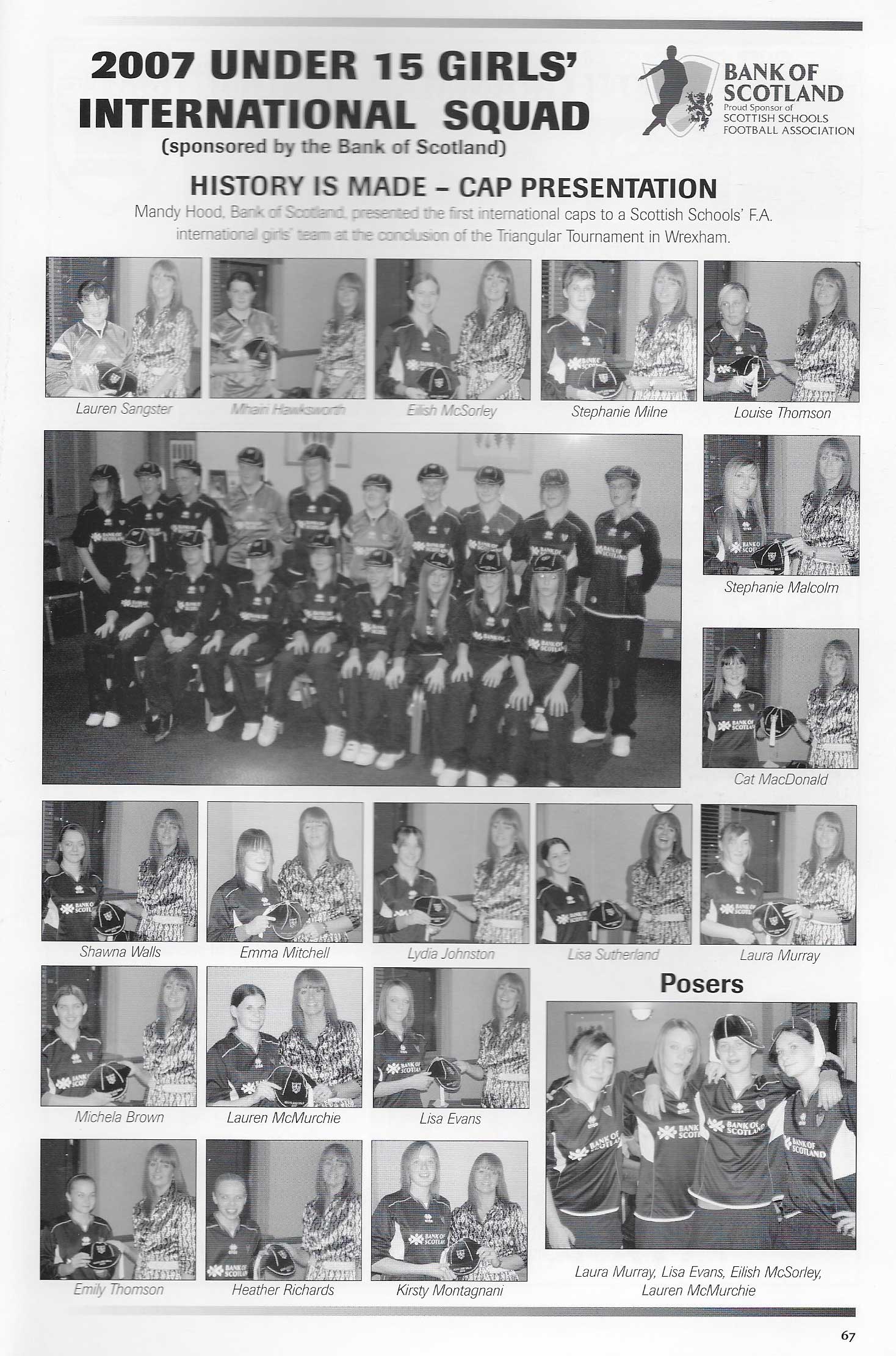 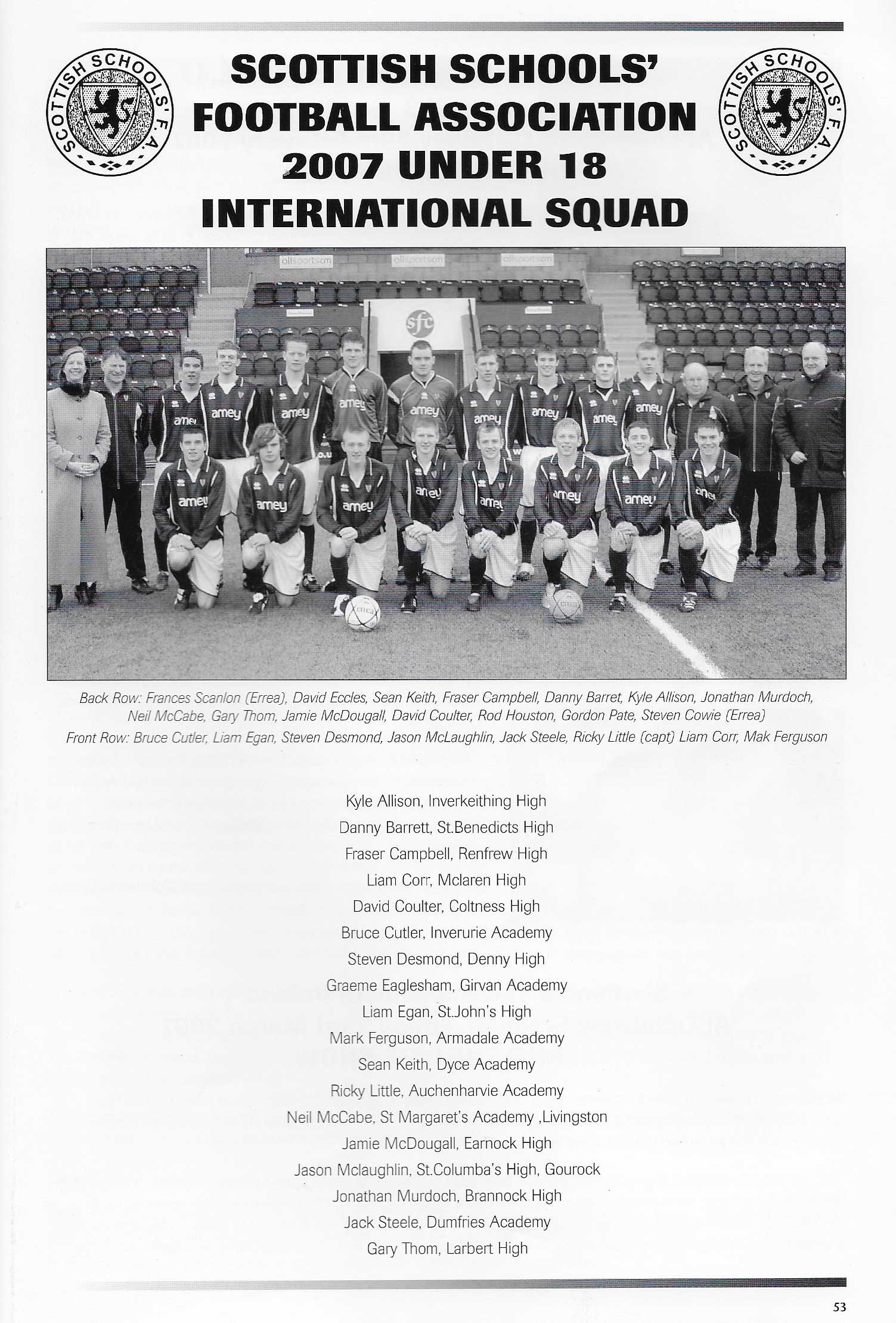 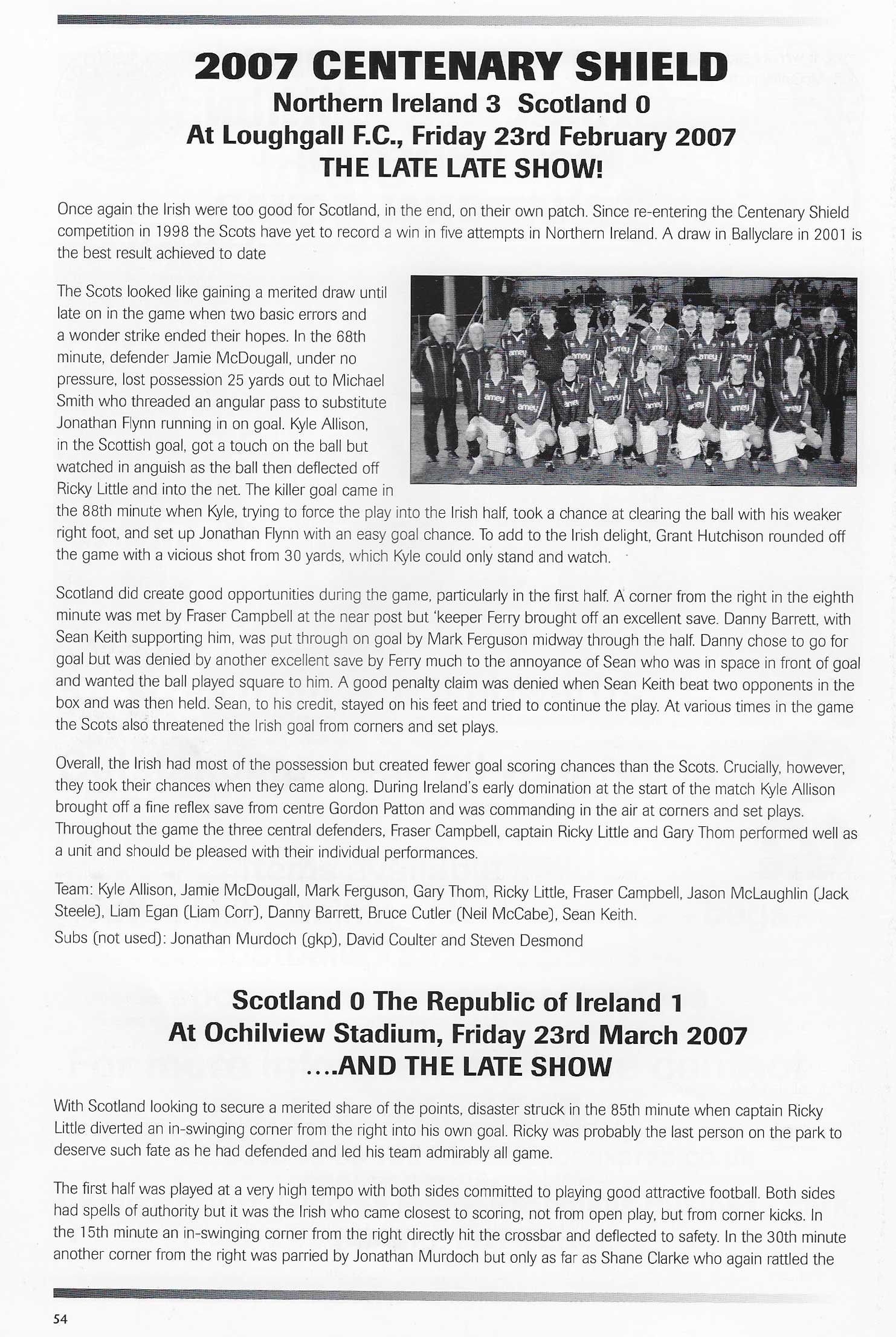 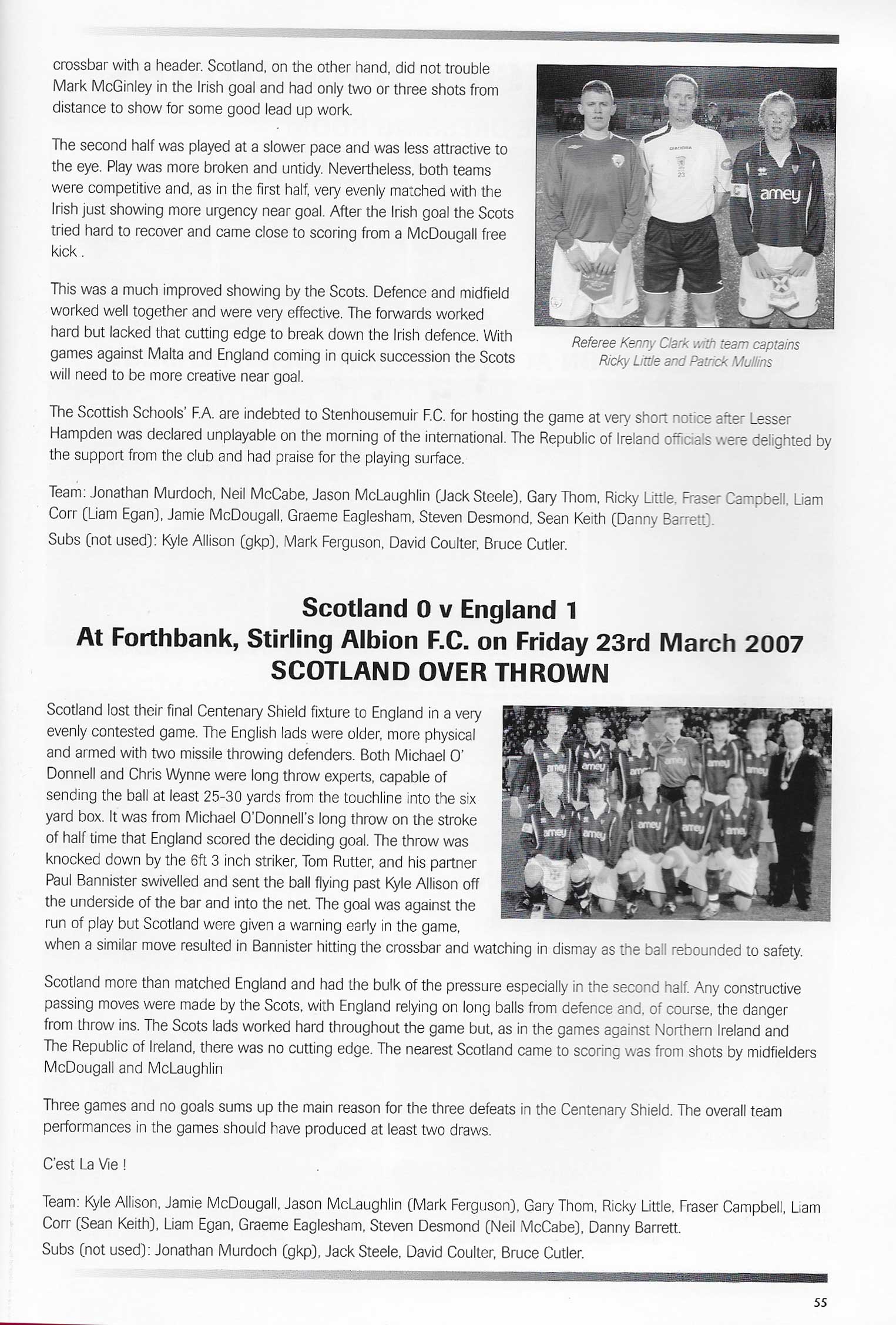 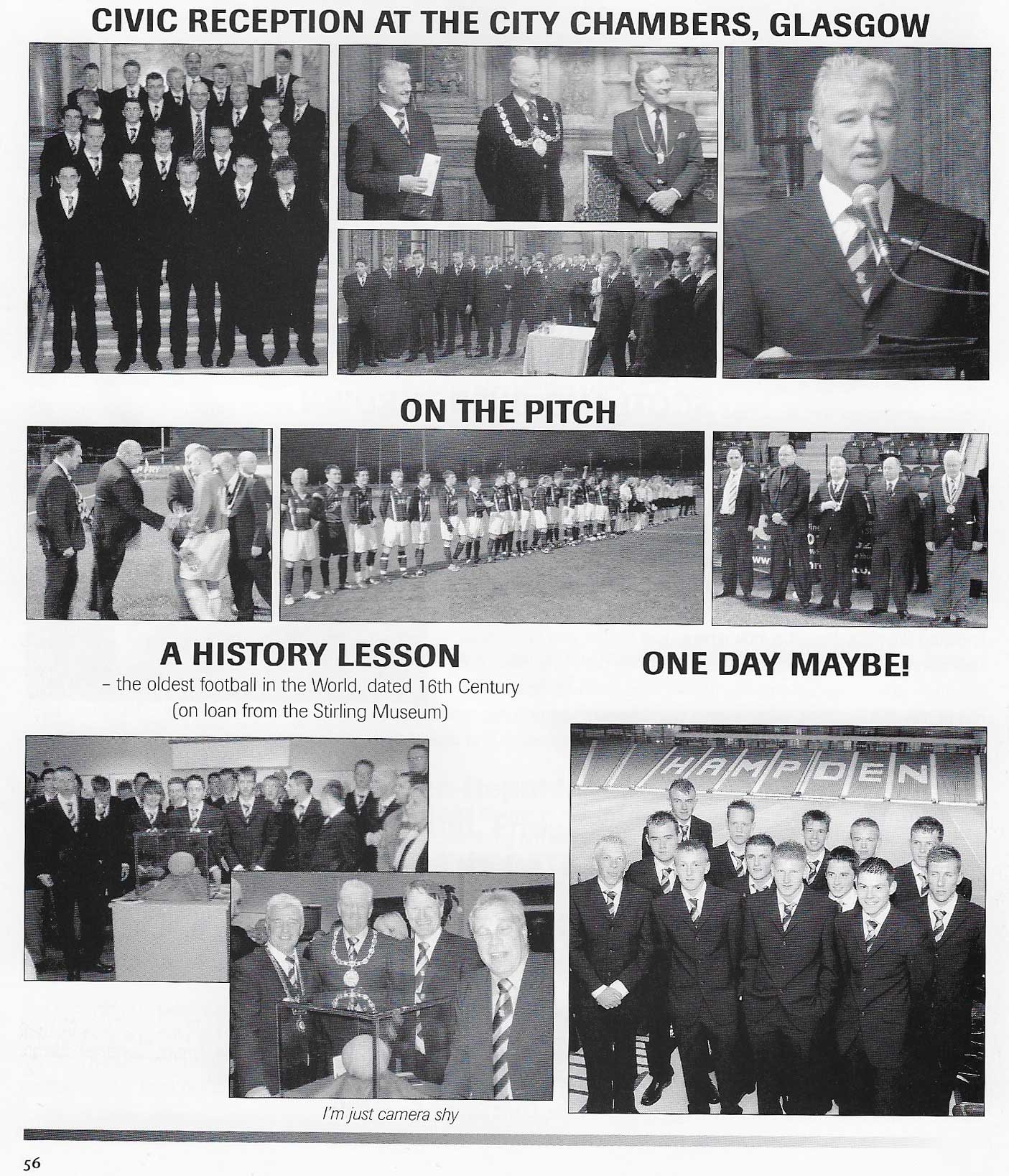 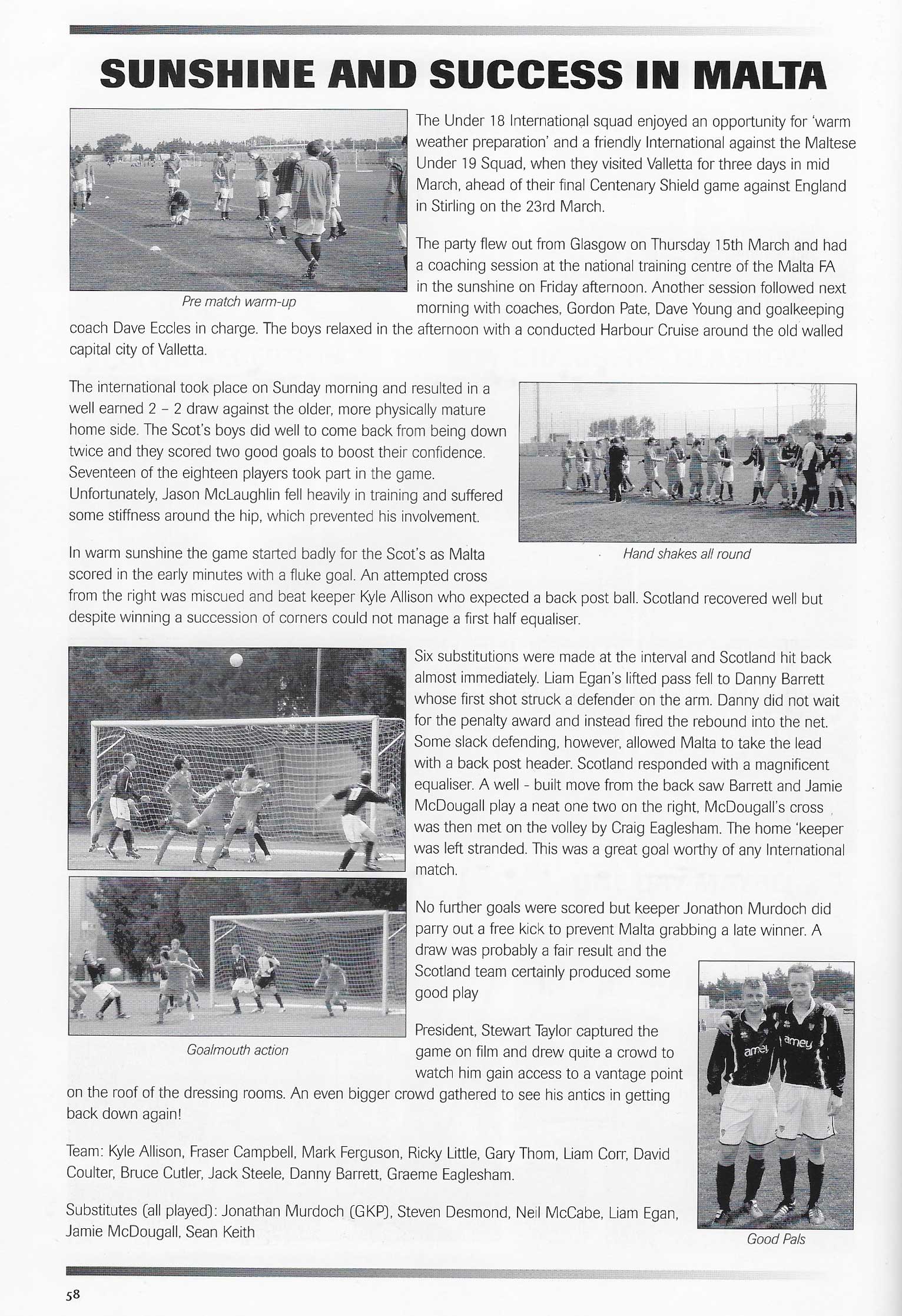 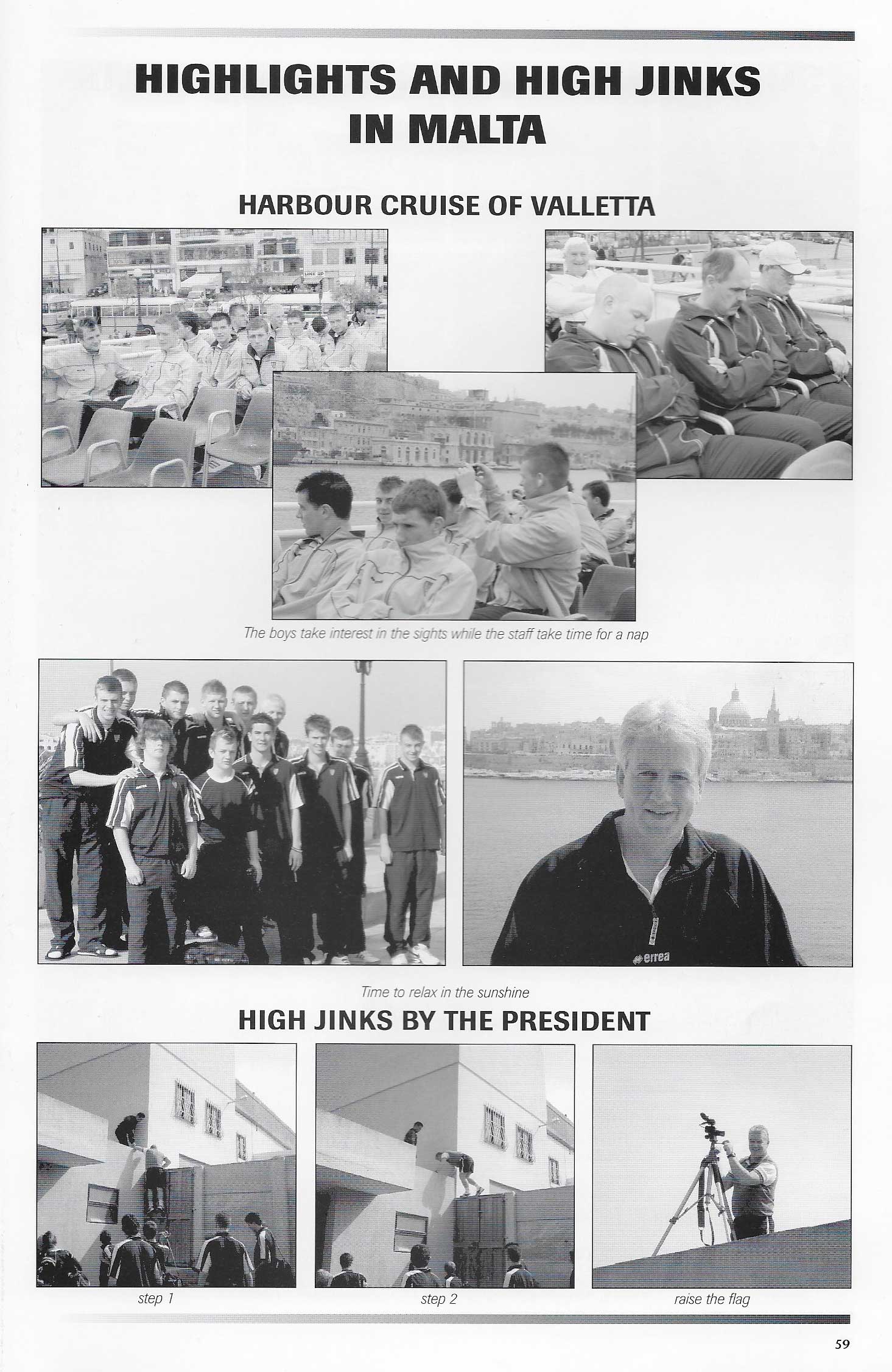 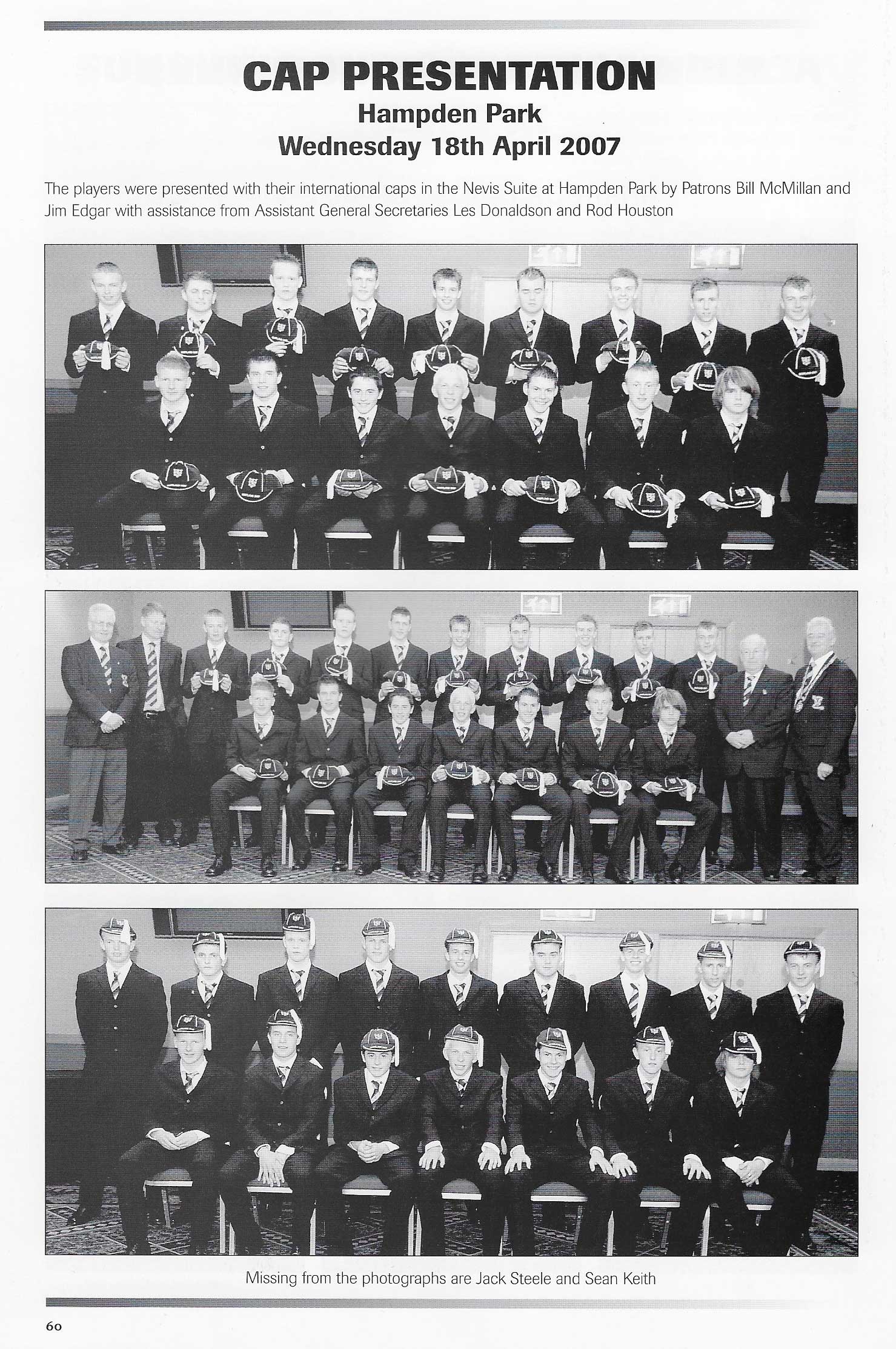 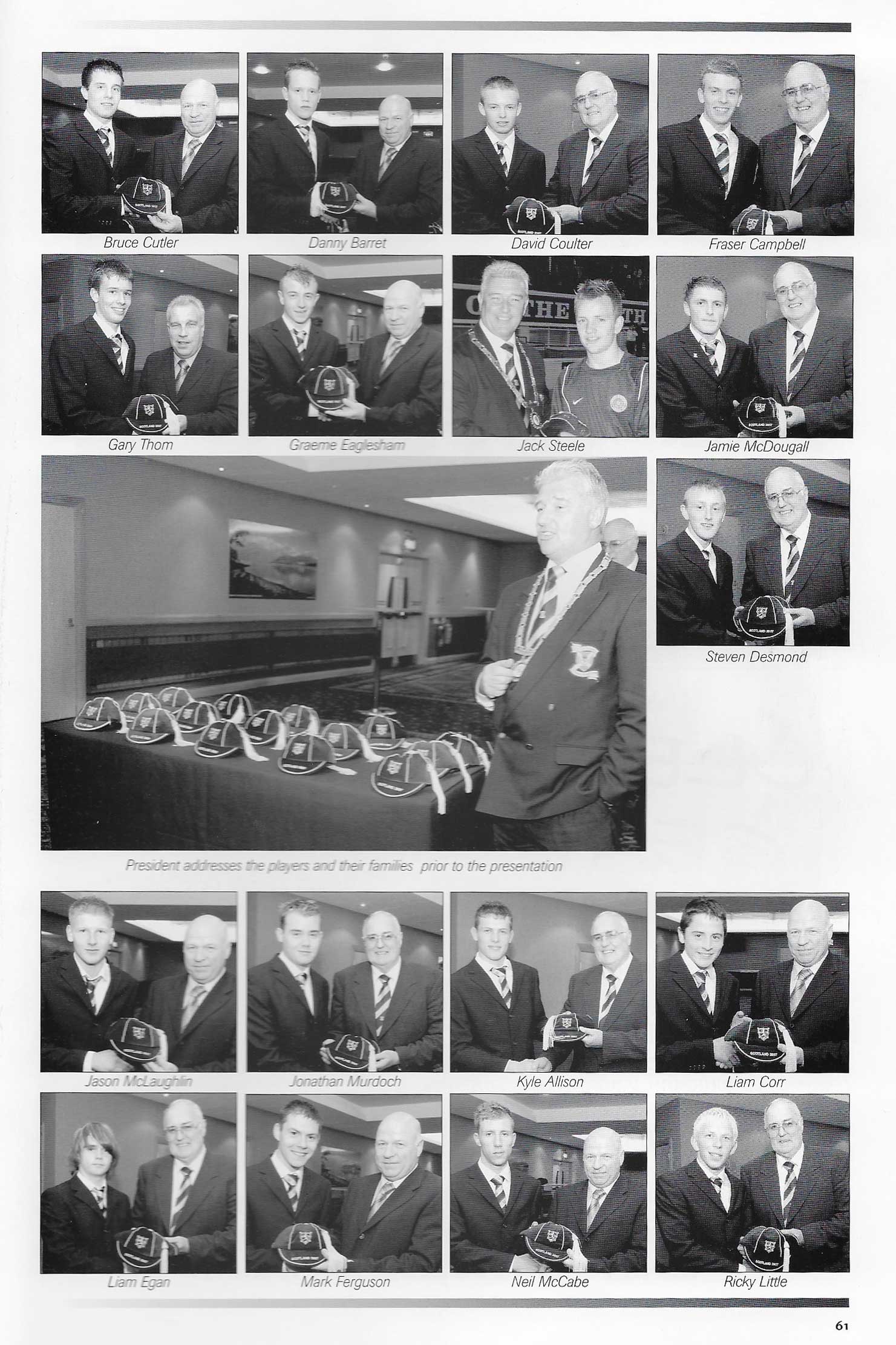