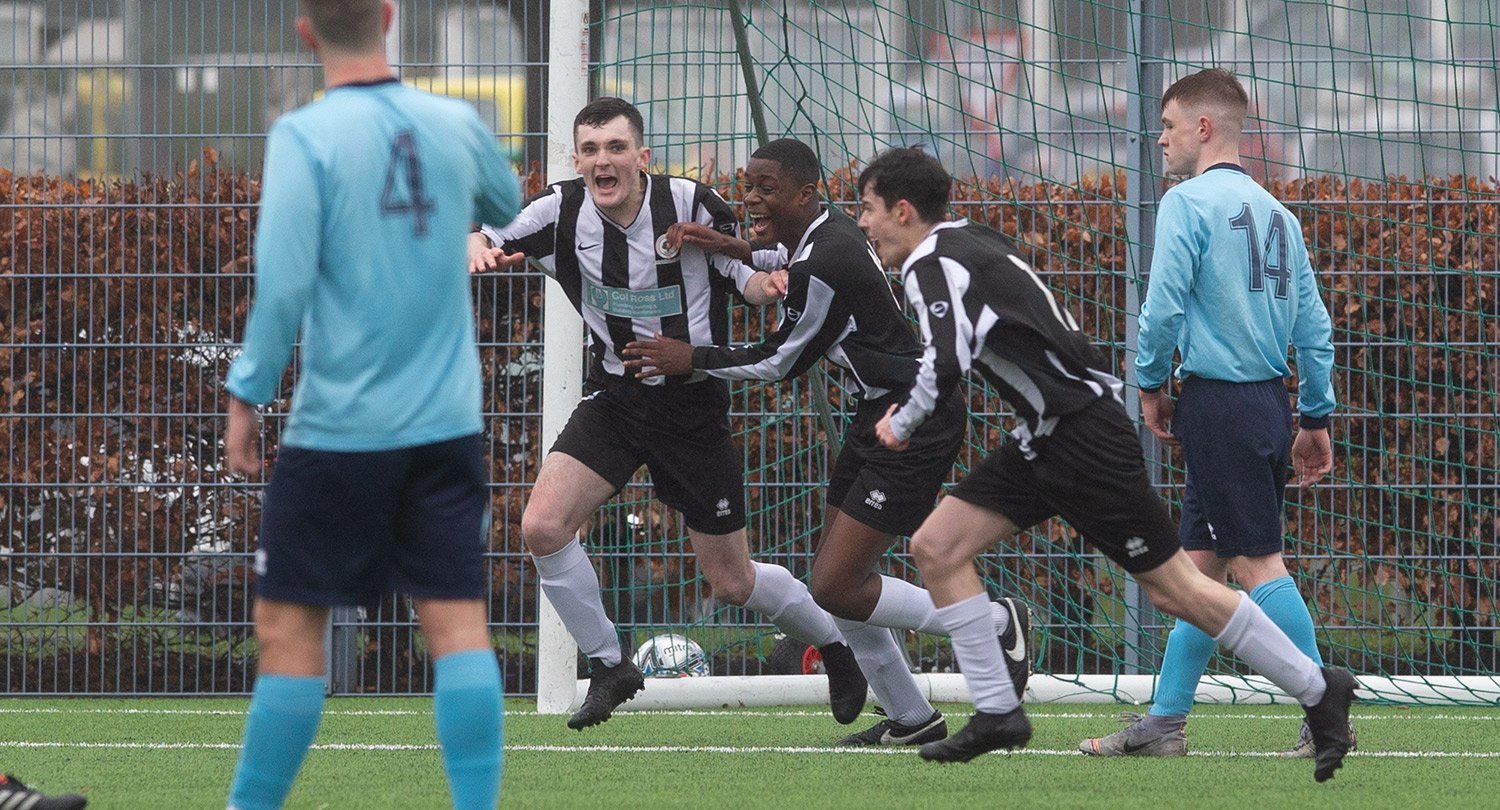 The worst of the recent bad weather subsided as two of Scotland’s big Local Associations sides went head to head at Toryglen Regional Football Centre to see who would win a spot in the SSFA Senior National Trophy Final.

In a closely contested match it was Glasgow SFA who grabbed the winning goal in a 2-1 score line.

Lothian SFA opened the game very brightly and took an early lead after only 3 minutes.

From a throw in move deep in the corner a back post cross was met by Fletcher Hendry. The Firrhill HS player headed home with a well placed effort to give the visiting side an early lead.

Lothian had a couple of further early chances to add to their lead but didn’t convert the chances.

Glasgow started to find their way in the game and after 15 minutes scored an equaliser.

A clever ball was lifted through to Jay Shields and his powerful and well placed shot from 16 yards beat Dean Bainbridge ( Edinburgh College).

Lothian claimed a last man tackle should have seen the offender sent off but the referee showed only a yellow card and awarded a free kick on the edge of the box.

The open play meant there were chances at both ends but half time arrived with the teams tied at 1-1.

Keeper Bainbridge showed his international schoolboy form with a great save from a Mathew Collins free kick while at the other end his international goalkeeping colleague Jacque Heraghty ( Holyrood Sec) was tidy in keeping out any attack.

Lothian midfielder Blair Ramage ( Edinburgh College) tried to drive his side on but it was Gregor Nicol ( Jordanhill School) who delivered the telling blow for the home team.

His great dribbling run saw him reach the bye line before he cut the ball back to team mate Mathew Collins. The St Peter the Apostle player swept his shot into the corner for what turned out to be the winning goal.

Lothian hit the post with a long range effort but Glasgow held on to win their place in the final.

In a game that displayed excellent sportsmanship and conduct both sides gave a committed effort.

Fife Schools FA will play Forth Valley SFA at Starks Park, Raith Rovers FC on Wednesday 11 th March to see who will meet Glasgow in the final.

A very competitive Glasgow side awaits the winner.