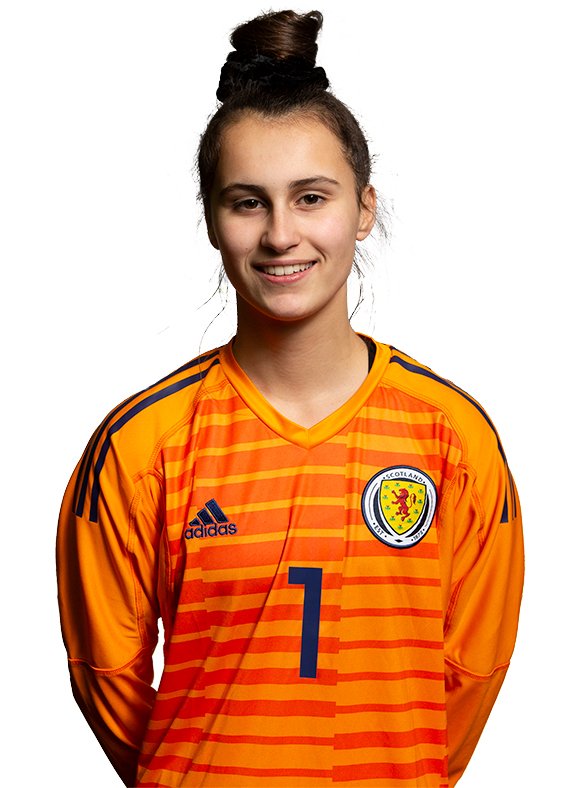 Annalisa plays her football for Aberdeen FC and represents the SFA U16 North squad.

This shot-stopper is a keen Manchester United supporter who enjoys studying the skills and techniques of her favourite goalkeeper the Italian superstar Gigi Buffon.

She plays badminton in her spare time and would like to be a professional footballer or a physiotherapist when she leaves school. 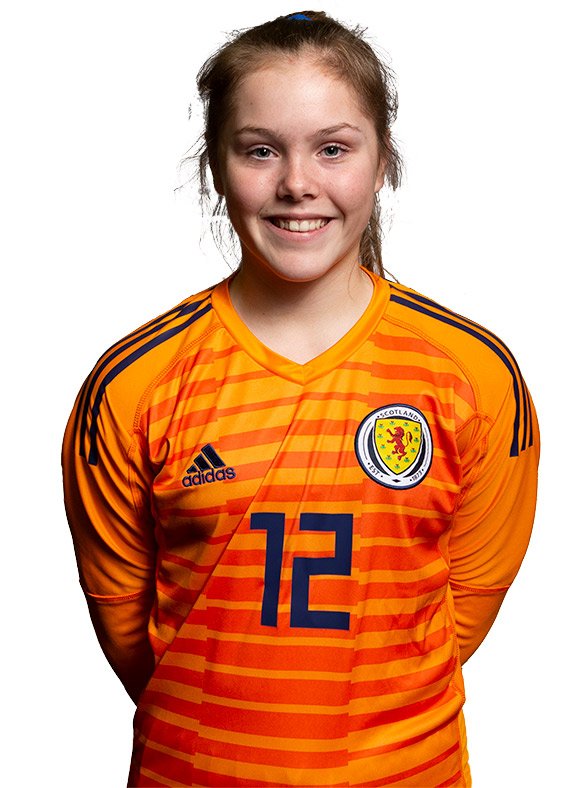 Ava plays her football for Celtic and the Scotland Boys Club.

She is a Celtic supporter who enjoys watching her favourite player Fraser Forster keeping clean sheets.

Ava is a kick boxer in her spare time and away from football she enjoys relaxing with her friends and listening to Lewis Capaldi. 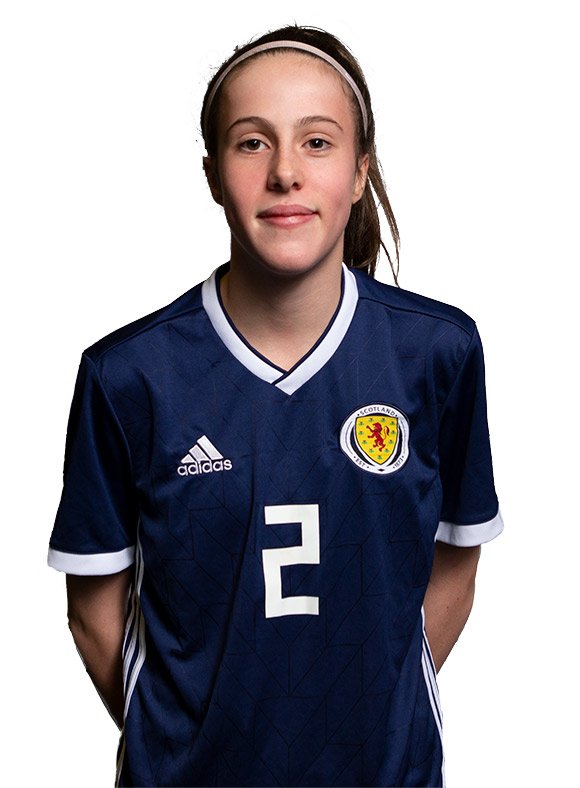 Millie plays her football for the club that she supports, namely Aberdeen FC.

Her favourite TV show is Riverdale and is an admirer of the Scottish International captain Andy Robertson.

Millie would like to play football at the highest level possible when she completes her schooling. 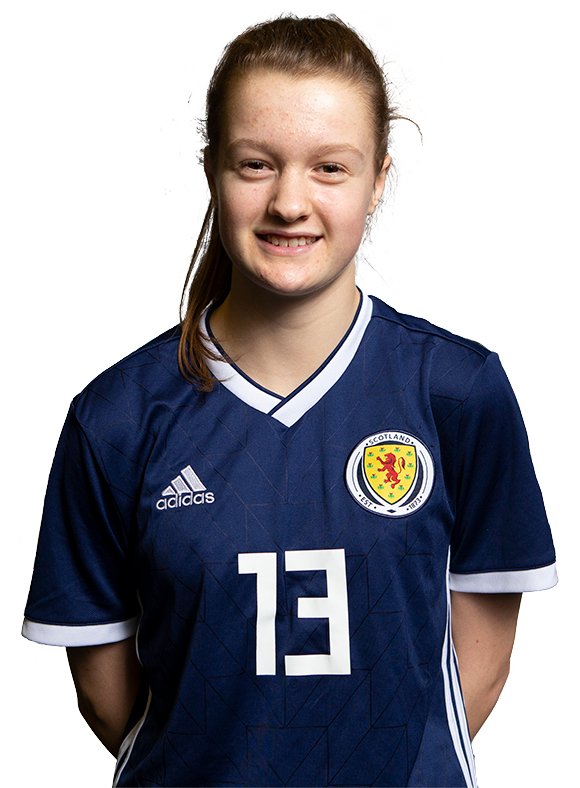 Eilidh plays her football for Rangers and the SFA Central regional squad and is comfortable in a variety of positions.

She is a Lionel Messi fan who also admires the all-round qualities of Jessica Innes as her favourite sporting hero.

Eilidh enjoys watching Friends and would like to be a PE teacher when she finishes her schooling. 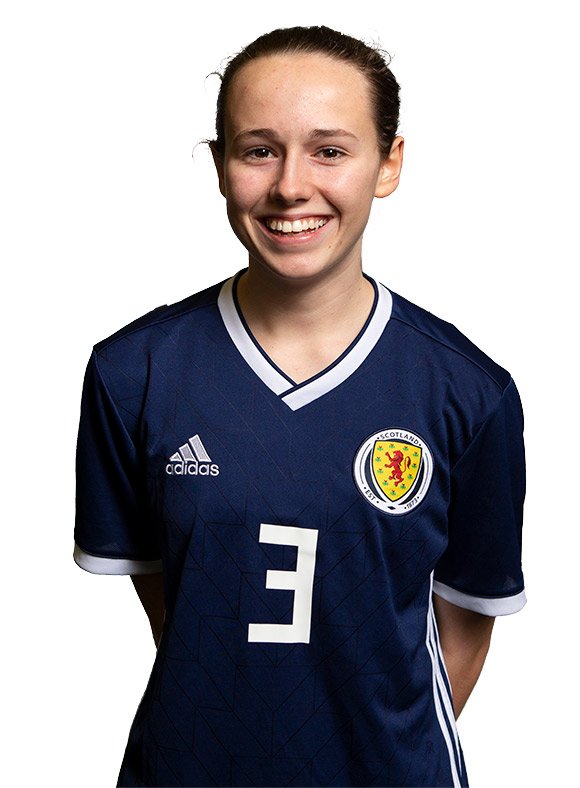 This is Niamh’s second year with the Scottish Schools’ squad.

This left sided player enjoys both defending and attacking from the flank.

She is still a Gerry Cinnamon fan and admires the punching power of her sporting hero Anthony Joshua.

Niamh plays her football for Glasgow City and would like to play professionally in England when she completes her studies. 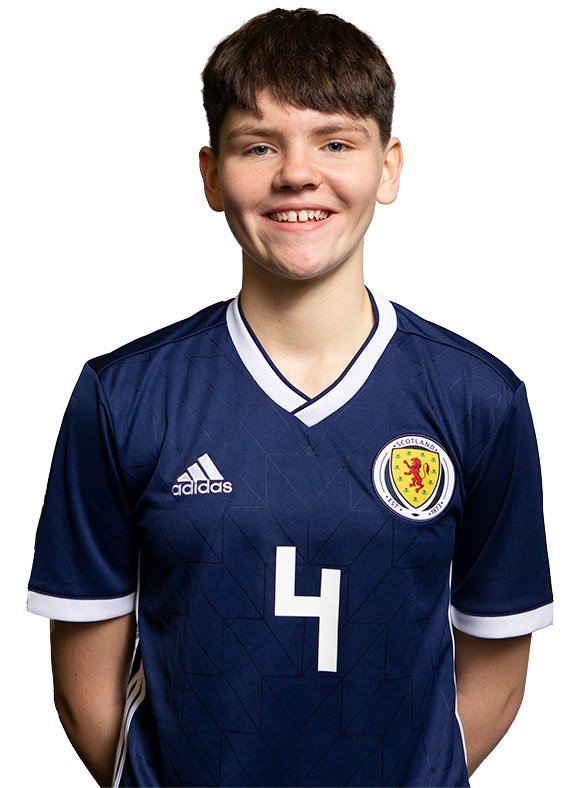 This footballing centre back plays for the Hibernian U19 team.
She supports the ‘Hibees’ as well as being a keen Chelsea supporter, Andy Murray is her favourite sporting hero.

Lily listens to Post Malone in the limited spare time she has away from the football pitch and while practising on the basketball court.

She would like to play football at the highest level possible in the future. 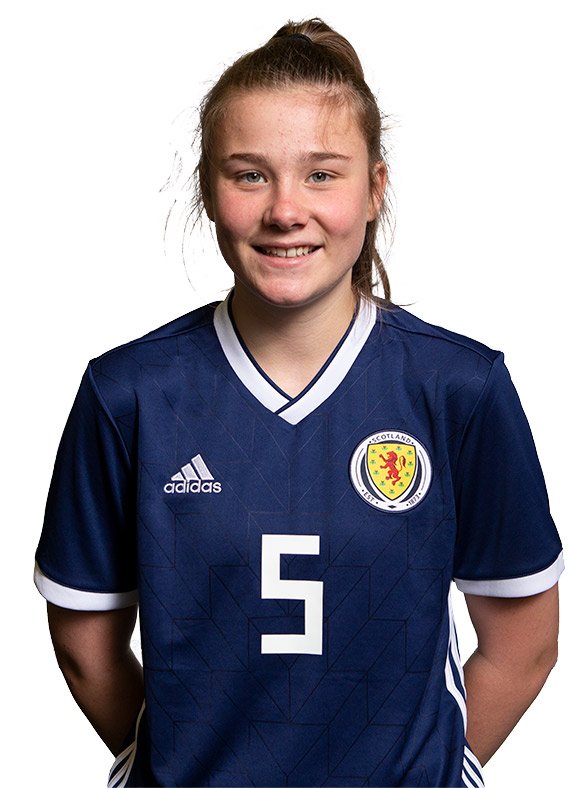 This intelligent left sided centre back plays with Celtic and Scotland Boys Club as well as representing the SFA Central squad.

She relishes the art of defending and is an enthusiastic Celtic supporter.

Madilyn listens to Travis Scott to unwind and would like to be employed in the sports industry when she completes her schooling. 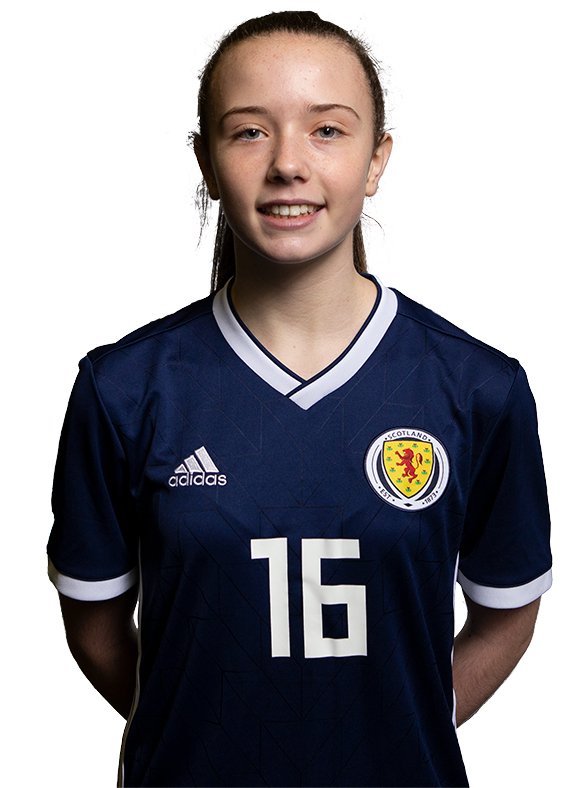 This attacking full back is a Rangers supporter who’s favourite player is USA Internationalist Alex Morgan.

She would like to play football to the highest level possible when she leaves school. She also has aspirations to be an architect in the future. 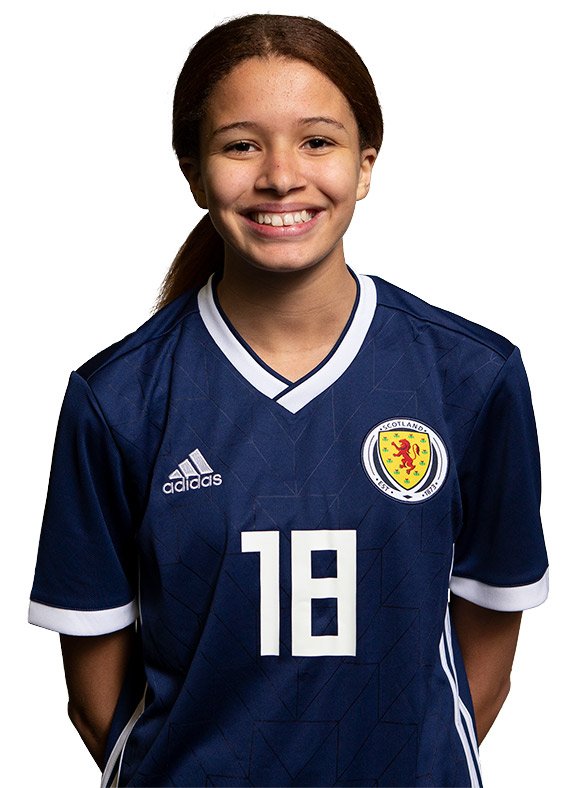 Caitlin is another left sided player who loves to drive into forward positions.

She plays her football for Glasgow City and the SFA Central squad.

She enjoys watching and studying the skills and techniques of Kevin De Bruyne as well as the artistry of Roger Federer.

She would like to play at the highest level possible when she completes her schooling. 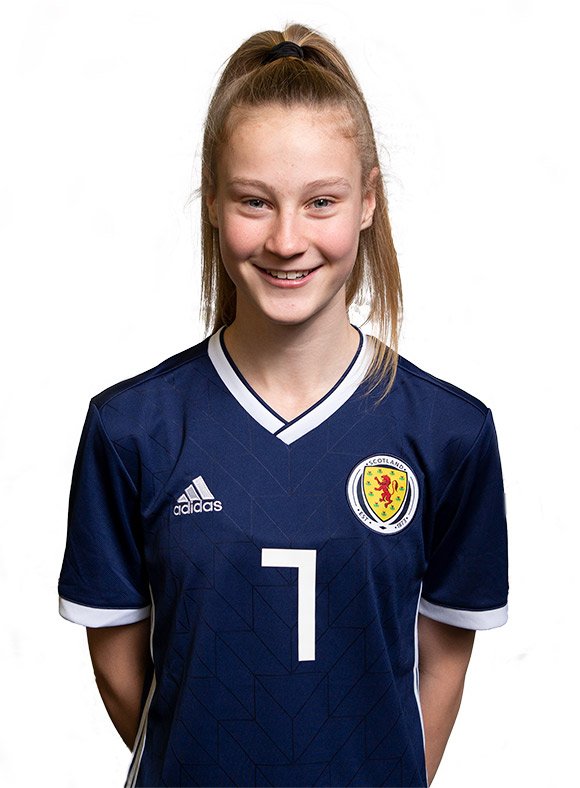 Georgia plays her football for both Celtic and the Scotland Boys Club.

This central midfield player enjoys driving forward and linking with her strikers to score her fair share of goals.

She is a fan of N’Golo Kante of Chelsea as well as being an Andy Murray fan.

Georgia is also a Gavin and Tracey fan and likes listening and relaxing to Post Malone in her very limited spare time. 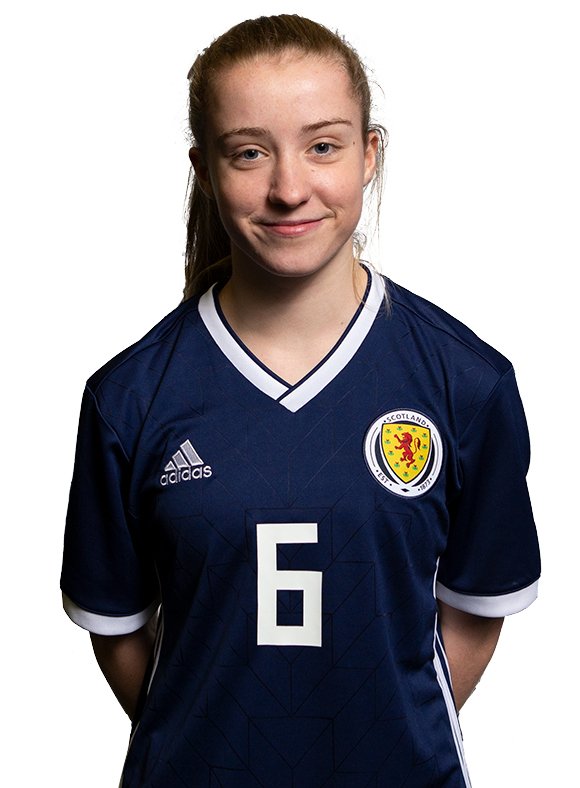 This is Kirsty’s third year with the SSFA U15 squad.

She has joined an elite group of players who have reached this accolade.

This central playmaker plays her football for Rangers as well as the SFA West squad.

She is a keen St Mirren supporter who enjoys watching the magician that is Lionel Messi as well as admiring the skills of And Murray on the tennis court.

She would like to play football at the highest level possible when she completes her schooling. 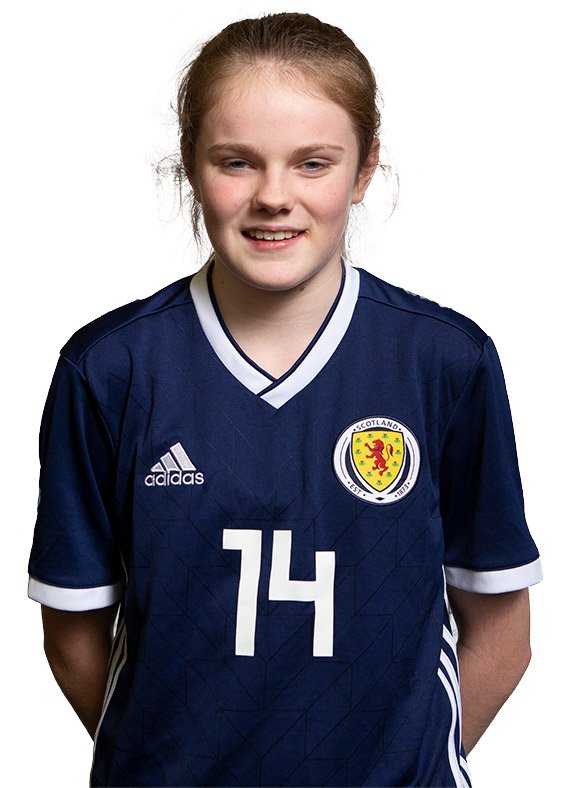 This positive and direct central midfield player plays for the team that she supports, namely Rangers FC.

She is another Lionel Messi fan who also admires the skills and techniques of Scotland’s Andy Murray.

Emma listens to Ed Sheeran when she relaxes from football and would like to be a professional footballer when she finishes her schooling. 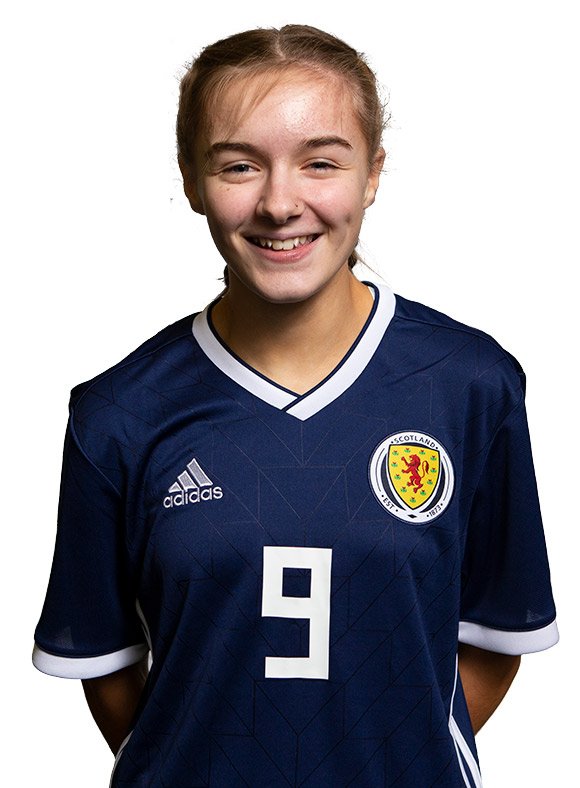 This is Keira’s second year with the Scottish Schools squad.

This direct attacking player is a Celtic and Manchester United fan who enjoys watching Jesse Lingard in full flight.

In her limited spare time, Keira listens to Post Malone and One Direction.

Keira wants to play football at the highest level possible when she completes her schooling. 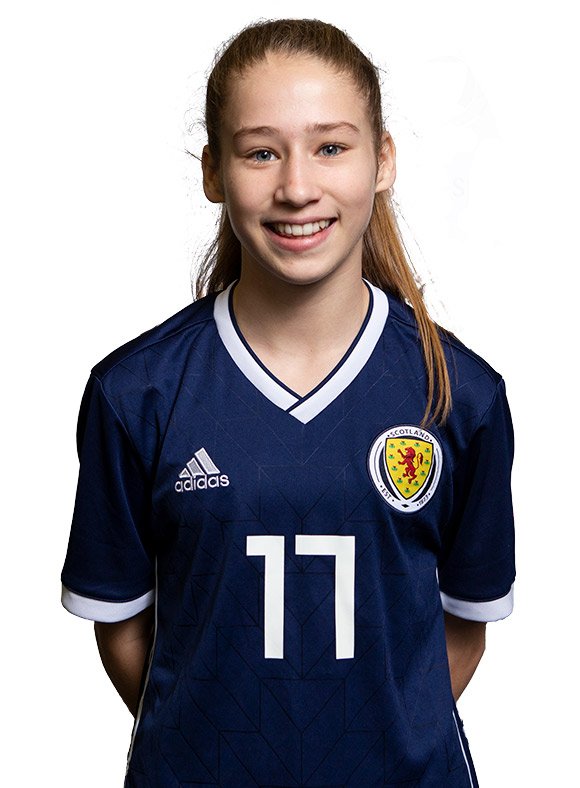 Tiree plays her football for the team that she supports, namely Celtic.

This attacking wide player is a fan of Lionel Messi. She also admires the skills and techniques of the American gymnast Simone Biles.

She likes to listen to Dua Lipa in her limited spare time and would like to become a professional footballer when she completes her schooling. 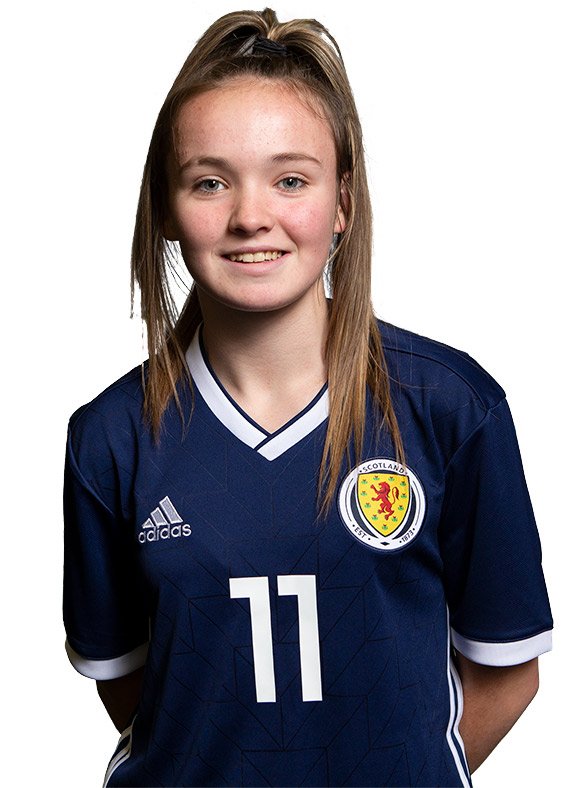 Sophia is the youngest member of the squad with a bright future ahead of her.

This direct and positive front player plays for Hamilton Accies and the SFA West squad.

She is a Rangers fan who enjoys watching Ryan Jack play in the heart of the midfield.

Sophia listens to Lewis Capaldi when she has time to relax and would like to play at the highest level possible when she leaves school. 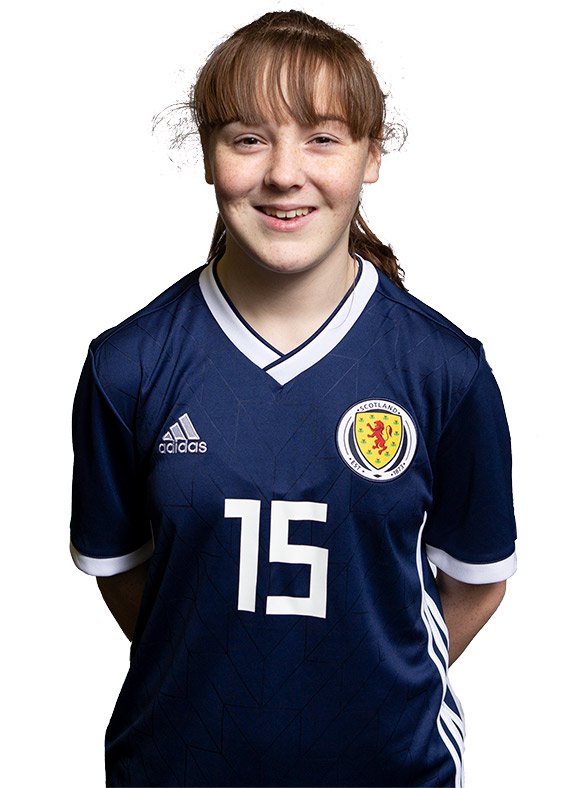 This attack minded forward player plays her football for Celtic.

She is a Barcelona and Lionel Messi fan. Conor McGregor is her all-time sporting hero.

Ami enjoys relaxing by watching Pretty Little Liars and Riverdale. She listens to Ariana Grande as well as Shawn Mendes in her limited spare time.

When she leaves school Ami would like to become a professional footballer, PE teacher or a physiotherapist. 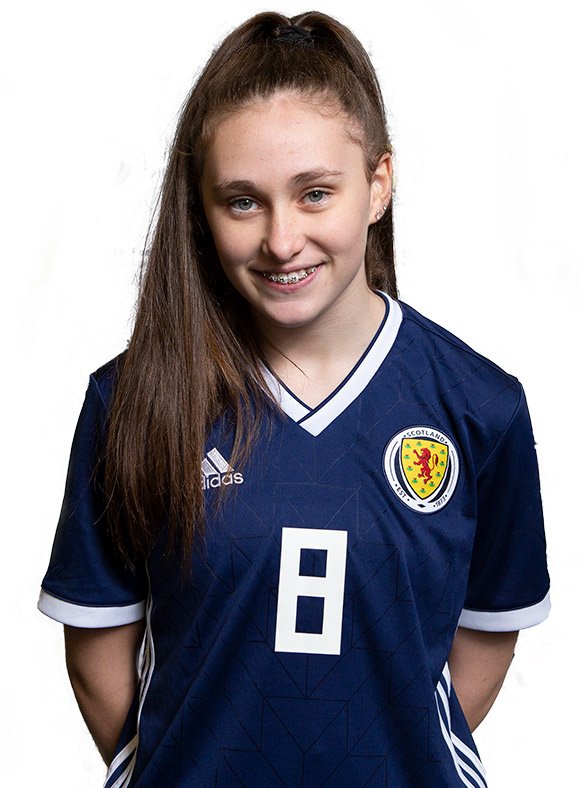 This is Olivia’s third year with the SSFA squad.

She has joined an elite group of players who have reached this accolade.

Olivia is a Celtic player who supports the club. She is a fan of the attacking midfielder Ryan Christie.

Olivia listens to Catfish and the Bottlemen in her spare time and would like to play football at the highest level possible when she finishes her schooling. 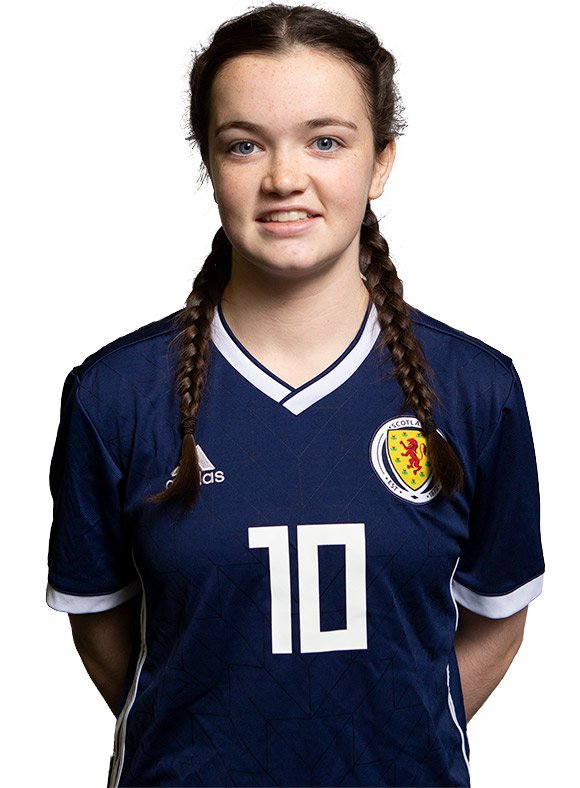 Jodi is a versatile forward-thinking player. She enjoys scoring and making goals for others.

She plays with the Rangers U19 squad as well as the SFA West squad.

This Rangers and Chelsea is big fan of the Ex-SSFA Internationalist Erin Cuthbert.

She would like to represent Scotland in the World Cup Finals, which was an ambition of Erin at this stage in her footballing career.