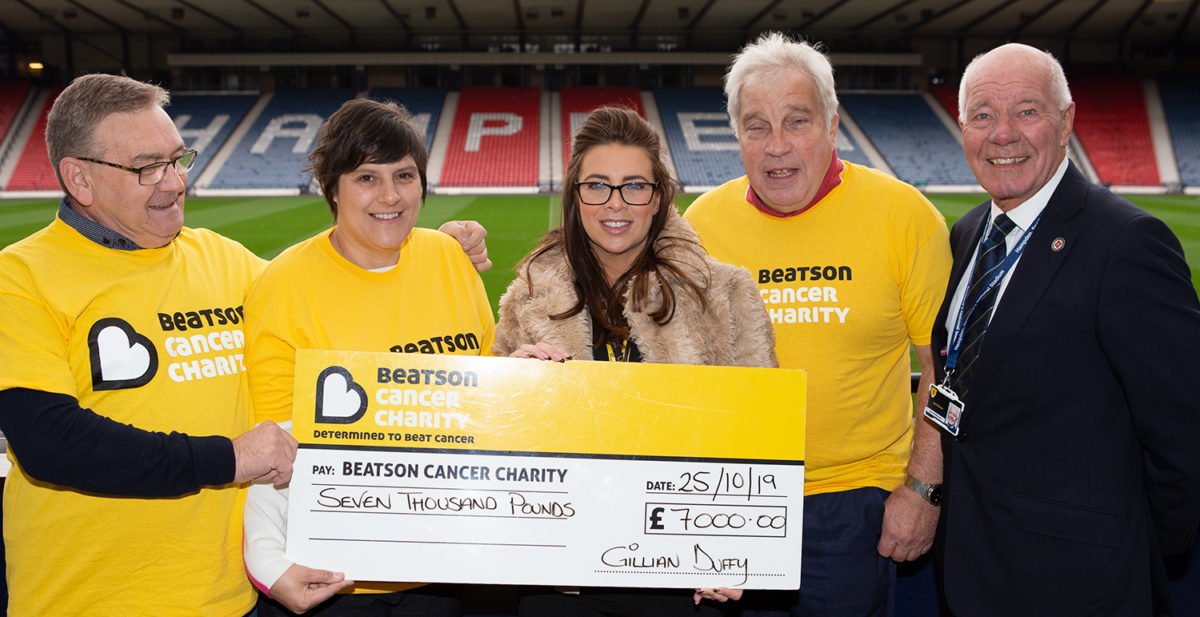 Gillian raises £7000 for The Beatson

This time last year our very own Gillian Duffy was an inpatient in the Beatson West of Scotland Cancer Care Centre getting a stem cell transplant.

After quite a long and arduous treatment she decided to set out to raise some funds to support The Beatson Charity.

So Gillian being Gillian she called upon all her friends in football, people who she had helped develop as football players in more than 20 years in schools football, to donate prizes for action and raffle at a charity sportsman’s dinner held in The Holiday Inn, Glasgow Airport on Friday 11 October.

Nearly 200 attended the sportsman’s dinner, hosted by Jed McCabe of inspiresport.  The speakers were Chick Young and the last manager to get the Scotland Mens team to the World Cup, Craig Brown.

With raffles, donations, silent and not so silent auctions the amazing total of £7000 was raised on the night.

Today Gillian handed over the cheque to Claire Rennie of The Beatson Charity at Hampden park along with her father Andy, Les Donaldson and Alex McMenemy of the Scottish Schools Football Association.

A year after her treatment Gillian certainly looks great.

We at the SSFA are very proud of Gillan and look forward to seeing her getting back to full health in the not to distant future.