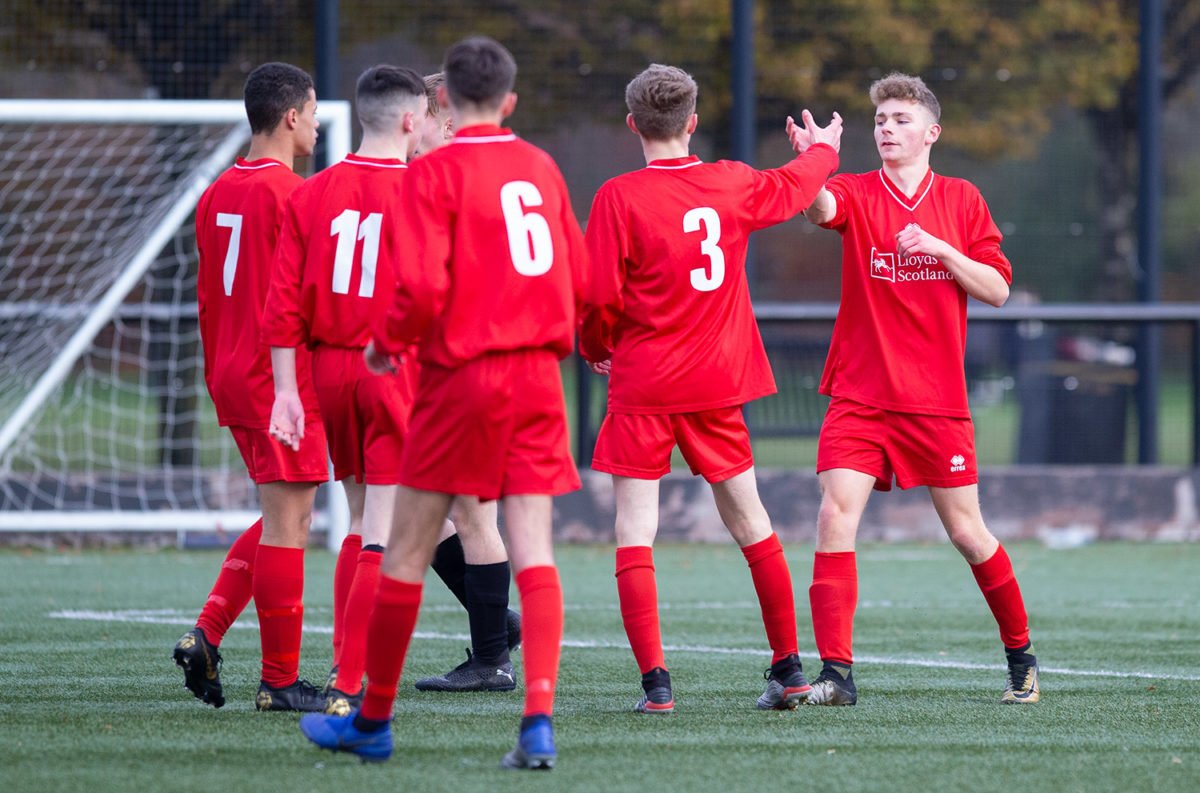 Forth Valley SFA travelled on Tuesday for a crucial game at Hamilton Palace trying to secure a third group section win and therefore a top spot in the qualification process for the SSFA Senior National Trophy.

Home team Lanarkshire SFA were unfortunately hit with injuries and late call offs for this game.

Despite a brave effort at holding out, they eventually succumbed to almost constant Forth Valley possession and pressure to lose 5-0.

In an even first period Forth Valley were in control with good, safe possession. They took a 1-0 lead after 18 minutes. Jay Tapping ( Falkirk HS) hit a good long range shot. The home keeper could only parry the shot and forward Gavin Campbell (McLaren HS) netted the rebound for his sixth goal of the qualifying campaign.

The second half saw a continued rearguard effort from Lanarkshire in a game well handled by referee Steven Allan and his assistants.

The home resistance was broken again after 63 minutes when Tapping again shot from long range. This time his effort flew in to make the score 2-0.

Aidan Cracknell ( Lornshill Ac) came on as a substitute and immediately scored with a neat turn and good control to shoot low into the corner from about 15 yards.

The best goal of the game came a few minutes later when Blair Sneddon ( Graeme HS) took on his opponent in the box, dribbled past him and fired into the far corner. Sneddon had been the game’s best player and thoroughly deserved his excellent goal.

Jack Sharples ( Braes HS) had influenced the game through out and he scored the fifth and final goal in determined fashion.

There is no doubt that Lanarkshire were hampered by not having their full squad but equally there was no doubt that Forth Valley were deserved winners. They again managed to use all the players in their squad to show their strength.

They will await the draw for the quarter finals knowing that they will have a home game.

Lanarkshire have still to play SISFA in re- arranged game which could decide who qualifies in second place from this group.