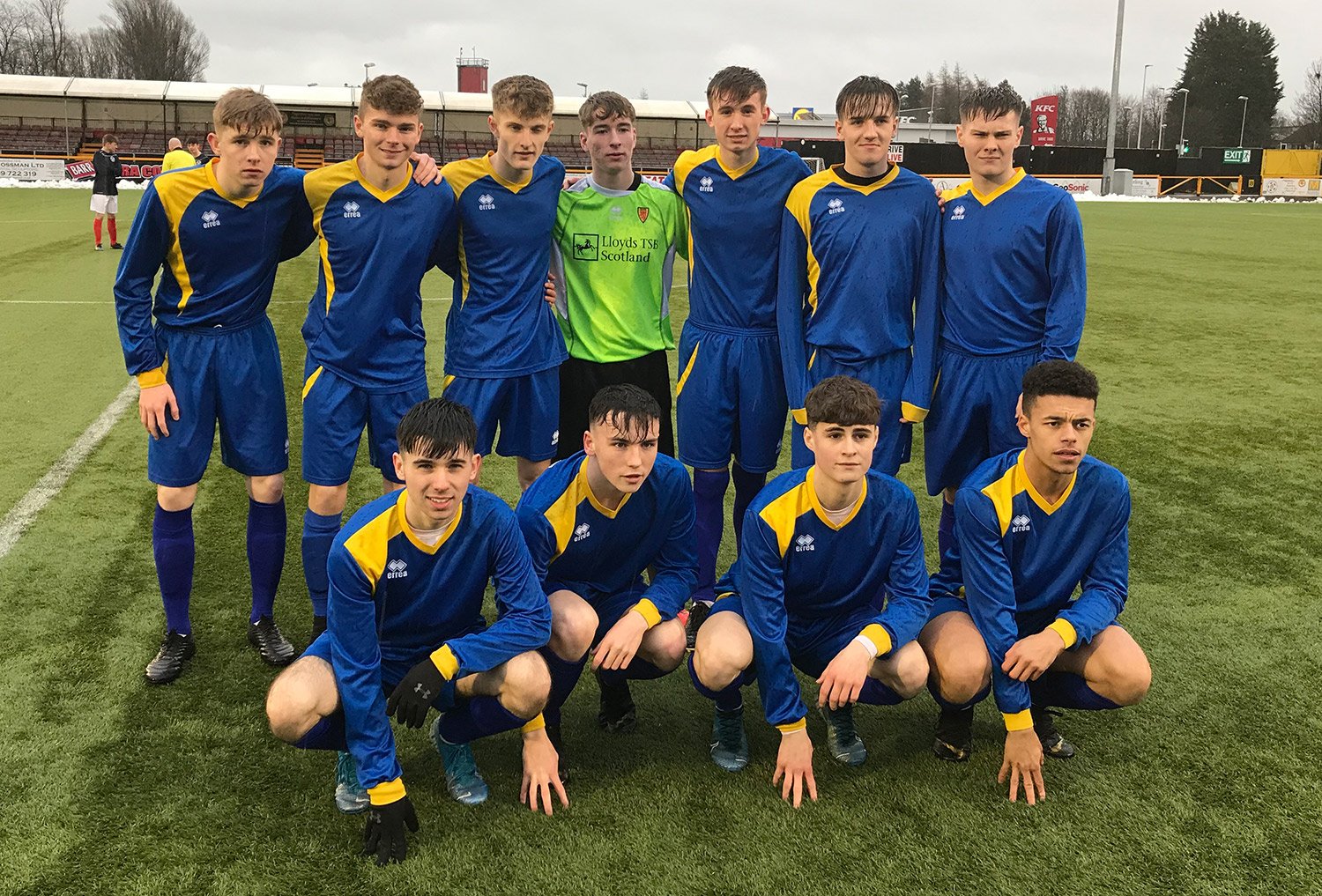 Forth Valley Seniors Make it to Semi Final

It took the home team, Forth Valley Schools’ FA, until the 47th minute of their SSFA Senior National Trophy quarter final on Wednesday 29th January to break down the resistance of opponents Dumfries and Galloway.

They went on to secure a comfortable 4-1 win over plucky opponents and in doing so secured their semi final spot against Fife Schools FA.

In a goalless first half there were half chances for both teams at Indodrill Stadium, home of host club Alloa Athletic FC.

It was obvious that Forth Valley had been on top but their domination of possession had not resulted in any goals as D&G hung in tightly.

But, in response to half time encouragement from team coaches Graeme Watson ( Dunblane HS) and Ronan Murray ( Wallace HS), the Forth Valley team opened up with purpose immediately as the second half resumed.

Falkirk HS player Jay Tapping scored a real quality goal in the 47th minute. He played a great one two passing move with Steven Buchanan ( McLaren HS) before bearing down on goal and beating D&G keeper Charlie Cowie (DumfriesHS) with a strong shot.

D&G refused to lie down but the introduction for Forth Valley of substitute Alex McGlauchlan ( Graeme HS) paid immediate dividends.

His school colleague Blair Sneddon, a current SSFA international, played in a front post corner that McGlauchan played first time and scored with his first touch.

Jack Sharples (Braes HS), another one of Forth Valley’s three schoolboy internationals, had played a powerful game through out and he headed home another corner to give Forth Valley a 3-0 lead before Steven Buchanan converted a neat finish to make it 4-0.

To their credit the visitors never gave up and before the final whistle Finlay Bainbridge (Wallacehall HS) scored with a well placed 15 yard shot to finish the scoring at 4-1.

Referee Paul Taylor and his assistants Graham Heeps and Ian O’ Donnell controlled the game and were helped by two well disciplined teams.

Forth Valley had a number of changes to their squad from pre- Xmas but the newcomers all made a good contribution as the u 18 side joined their younger u15 colleagues in the National Trophy semi finals.