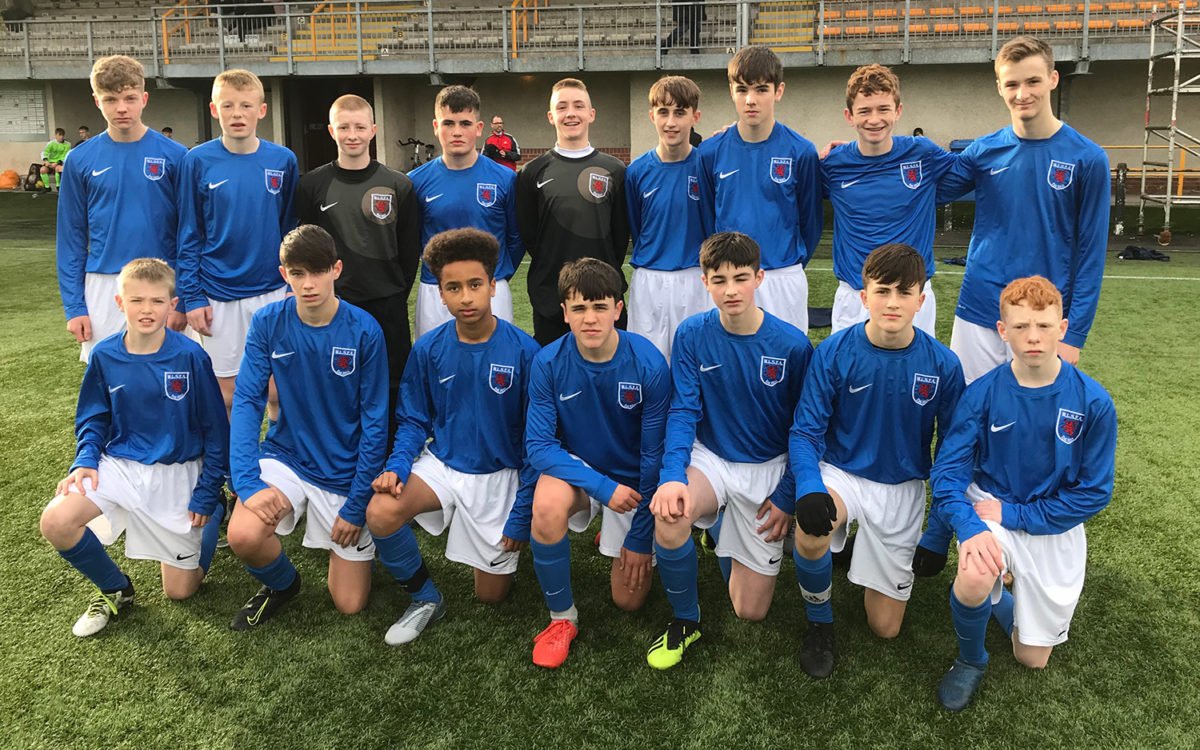 Forth Valley 15’s start with a win

When the scheduled group game between Perth and Kinross SFA and Forth Valley SFA was cancelled it meant that Forth Valley had no game in September and had to wait a bit longer to begin their 2019 – 20 SSFA National Trophy campaign.

Last season’s beaten finalists were keen to get started and fate saw them starting this season against the team that beat them in last season’s final.

West Lothian SFA came to visit at Alloa Athletic FC’s Indodrill Stadium but they couldn’t manage to repeat their winning performance of last May as the home Forth Valley side won 2-0.

In a well contested match, Forth Valley started well and dominated early possession.

They created numerous chances but too many shots failed to hit the target. Any efforts that did go close were well saved by West Lothian’s keeper Zac Paris ( James Young HS)

Unfortunately for the young keeper he gave away a penalty kick after 24 minutes when he brought down Timan Scott. The Graeme HS player picked himself up to fire home a well struck penalty to give Forth Valley the lead.

The home mid field were largely in command but West Lothian went close to scoring hitting the post.

Ryan Duncan ( Graeme HS) hit the bar but there were no further goals when referee Gordon Wilson blew for half time.

Forth Valley were keen to increase their lead and they opened the second half on the front foot.

After only a minute’s play they netted again after a good move down the left saw forward Cameron Morrison (Alva Academy) fire home from close in.

Both teams struck the woodwork in the second period but there was no more scoring.

Both teams made use of their full substitute bench in a good game which saw the referee find no need to caution any player.

West Lothian, last year’s winners of the SSFA u 15 National Trophy, has been eliminated from this year’s competition having lost both their group games.

Lanarkshire SFA won their game at West Lothian 4-2 and now meet Forth Valley in a game that will decide who tops the group.

That game is scheduled for Wednesday 20th November at Hamilton Palace with a 2.00 pm kick off.