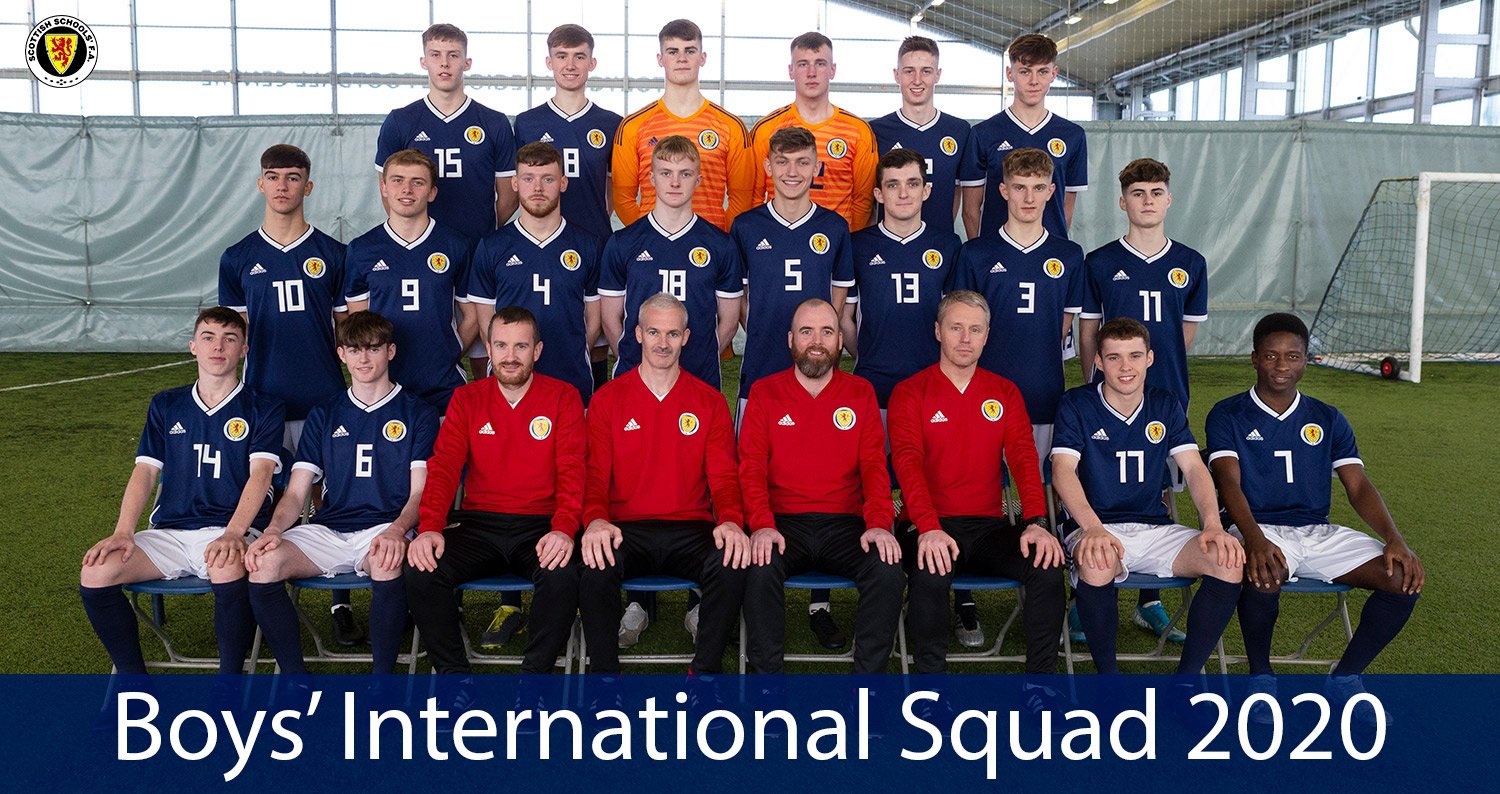 First Get Together Brings Good Progress

The new squad of players selected for the under 18 Scottish Schoolboy team met up for a pre – Xmas get together as their international season got underway.

Over two days on Thursday 19th and Friday 20th December at Toryglen Regional Football Centre and with an overnight stay at the Holiday Inn, Glasgow Airport, the boys began developing a team spirit that is vital for the season ahead.

The coaching staff of Craig Johnstone ( St Modan’s HS), Scott Douglas (Bearsden Academy), Steven Harvey ( John Paul Academy) and Gerry O’Hare ( Gryffe HS) were delighted with the progress made in terms of the players coming together for the first time.

On Thursday the players worked on building some familiarity in two training sessions and there were administrative tasks to complete such as the photo shoot and the measurement for a team suit.

Ian Cairns, on the SSFA Executive Committee, made his usual great contribution with his camera and International Team Secretary, Les Donaldson MBE, went over in some detail the programme of games for the next four months.

On Friday morning, in their first game together, the SSFA side faced stiff opposition from the reserve team of Albion Rovers FC.

In charge were Graeme Liveston, a former SSFA National Team coach, and Scott Williamson and their side did indeed provide the type of opposition and kind of competitive fixture required for the new SSFA team.

In a high tempo start Albion Rovers tested the resolve of the SSFA side from the word go.

It looked as if the young side had seen out the storm but after 21 minutes Albion Rovers took the lead.

Failure to apply pressure on the Rovers’ wide man led to a great cross that left keeper Dean Beveridge ( Edinburgh College) with no chance as Kevin Fell headed home from 5 yards out.

Scotland responded and possession was shared evenly but the younger team earned more corners than their opponents but didn’t manage to really test the defence.

In the second half the SSFA made several planned substitutions to involve all their players.

A misplaced pass out of defence gave Albion Rovers a chance and Declan McDonald capitalised with a powerful 18 yard shot that gave keeper Jacques Heragaty no chance.

The SSFA side showed good character and came back well.

With the best move of the game Jack Reid ( Woodmill HS) found the overlapping Kyle Sneddon ( Madras College). His cross found Jack Sharples (Braes HS) and as the substitute mid fielder tried to set up Gospel Ocholi ( John Paul Academy) he was brought down for a clear cut penalty awarded by referee Steve Allan.

Substitute Blair Sneddon confidently dispatched the kick from the spot to make it 2-1.
It was an even game from then until full time but there were no further goals.

This was an ideal match for the new SSFA side. Thanks to Albion Rovers FC for providing excellent opposition.

The next get together for the SSFA team is on Wednesday 15th January when they play New College Lanarkshire at Broadwood Stadium, Cumbernauld. The game kicks off at 2.00pm.

The following week, Wednesday 22nd January will see the SSFA team play their first international match when they play the Australian Schools side at Renfrew Juniors with an 11.00 am kick off. Exciting times ahead after a good start.