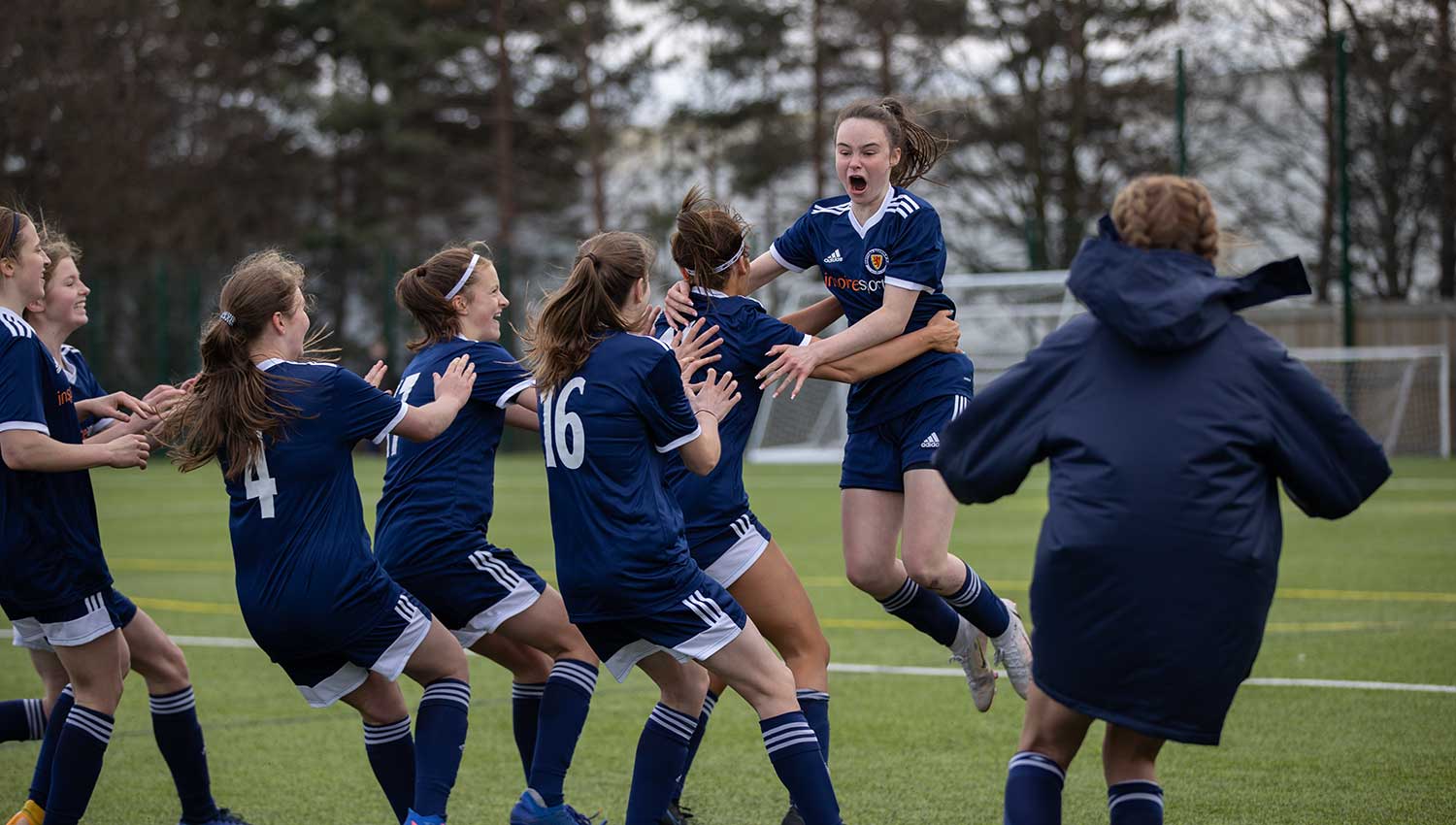 Scotland opened their account in this year’s Bob Doc tournament with a 1-1 draw against England B, a team made up of girls from the Northumberland area, and a win in the penalty shootout to earn the bonus point

Scotland kicked off with the the wind in their favour and nearly took the lead in the the first minute when Laura Berry broke through, only for her shot to miss the target.

The Scottish team were certainly on the up for the challenge and took charge of the game during the early stages. Scotland were getting success down the wings with Holly Daniel on the right and Sophie Martin on the left.

In the 13th minute good combination play between Sophia Martin and Olivia Chomczuk allowed Olivia in on target, but the ball ran away from her for a goal kick.

Sophie Black and Lily Boyce, along with Olivia Chomczuk were controlling the middle of the pitch, denying England any chance of attacking.

Both full backs, Millie Paton and Mia McArthur were getting forward to support the attach as often and they could. In one move Mia McArthur combined with Laura Berry to have a shot which was well dealt with by the English keeper.

In the 25th minute England came close when one of their forwards, in a fast break down the left, beat two Scottish defenders before firing in a shot which just flew past the far post.

Four minutes later Scotland took the lead. Excellent work by Sophia Martin, wide left, resulted in Laura Berry receiving the ball 20 yards out. Laura drove into the penalty box and, despite surrounded by defenders, fired a low shot past the keeper into the left corner of the net from 14 yards out.

In the 31st minute England were awarded a free kick just outside the Scotland box when one of their forwards was brought down. Erin Halliday, in goal for Scotland was equal to the shot to deny them.

England , by now, were fighting their way back in to the game. In the 35th minute Erin had to be quick to block an England shot after a long ball was played into the Scotland box.

England, now with the wind at their backs, started the second half determined to push Scotland back. Most of the opening period of the half was played in the Scottish half. However the back four, and in particular, Kate Fraser and Olivia McStay held firm.

In the 61st minute Erin Halliday pulled off another great save, diving to her right to push a goal bound shot away from danger.

In the 67th minute, after sustaining a lot of English pressure, Scotland broke with Laura Berry who had a great chance to double Scotland’s lead, but was denied by great goalkeeping by the English keeper.

Almost immediately England drew level. From an attack down the left the ball was played diagonally into the Scottish box for the England forward to smash an unstoppable shot high into the top right of the net

Scotland reacted superbly to losing the goal and fought back with Olivia Chomczuk having two long range shots in the dying minute of the game.

Onto penalties (to determine a bonus point if necessary for table positions) Both sided scored their first five penalties. England hit the bar with their sixth and it was left to Lucy Barclay to smash the ball home to the delight of all the Scotland players and staff to win the bonus point.