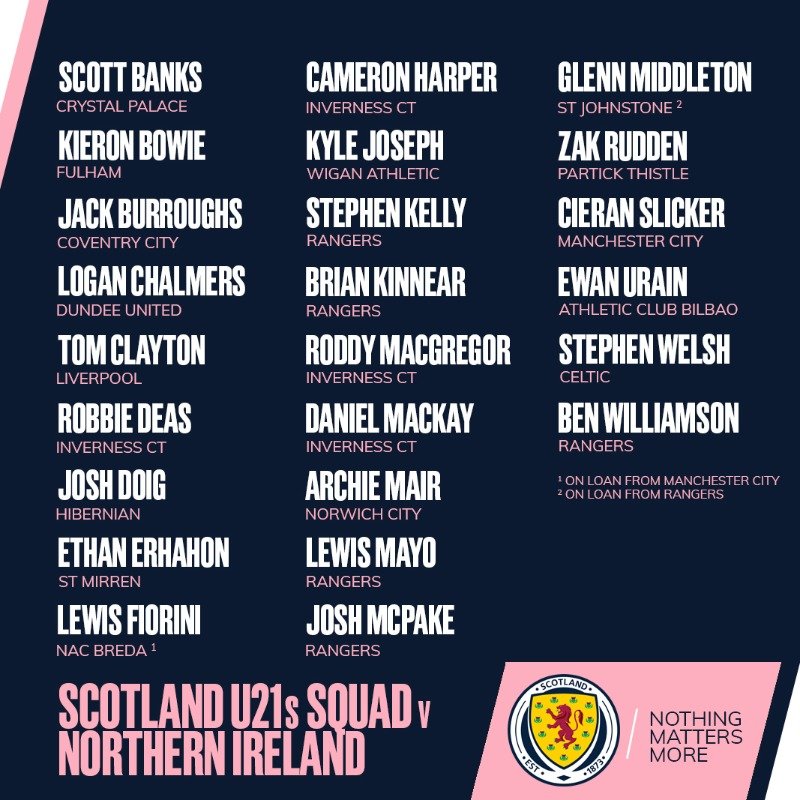 Congratulations to Daniel and Josh

Daniel Mackay who scored the first goal against England in our 2-0 win at York in 2018 and Josh Doig were named in Scot Gemmill’s Under 21 squad for the upcoming friendly double header against Northern Ireland in June.

Good luck to both boys in the fixtures.