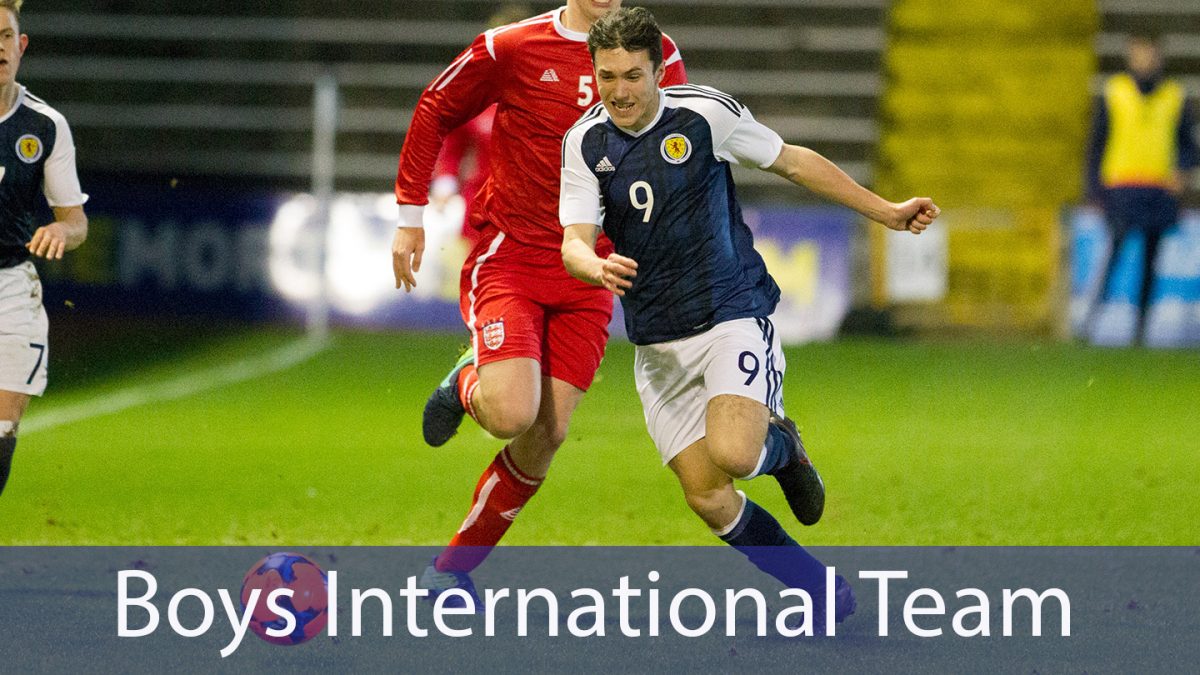 The normal extensive and comprehensive preparation of the U18 SSFA Schoolboy international squad has been disrupted somewhat by both the weather and a few administrative blips but the team looks on course ahead of their first Centenary Shield game against Northern Ireland due for Friday 9th March at Cappielow Park, Greenock Morton.

The planned game against Stirling Albion FC fell foul to the snow that made travel dangerous and the pitch unplayable in early January.

The fixture against Spartans FC at Ainslie Park did take place but there was also some difficulty with that game .

As well as difficulties with the atrocious sweeping wind and rain there was confusion about the kick off time so a later kick off was required.

This shortened the booking time available on the excellent Ainslie Park pitch and meant a reduced game of only 40 minutes each way.

There was also confusion with appointing a match official and when none turned up it was left to the former SSFA National Team Coach, Stewart Taylor to stand in.

Players and spectators would agree that is what he did – STAND – in. Not much running evident but it allowed the game to go ahead.

Ryan Connolly scored from a low cross from Nathan Fell to give the SSFA side a 1- 0 lead just before half time.

They continued to dominate possession through- out as the home team put up a very spirited performance.

Jack Hodge scored a late free kick to give the visitors a 2-0 victory as all the squad players were given a run out.

Again the weather had an impact with snow covered outdoor pitches threatening the game taking place.

The helpful staff at Toryglen were able to assist by offering an indoor booking but again time was restricted due to other user demands.

A shortened game took place – this time with a ‘real’ team of officials led by the excellent Steven Allan.

ISFA looked a good, well organised team and their recent record against other teams contending the Centenary Shield made them very credible opponents.

The home team started well and threatened from the start with excellent possession and good defending as the coaching staff again tried various players and formations to establish the team for the Centenary Shield matches.

Scotland was the team just in command but it was the visitors who went closest to scoring just before half time.

Scotland made four half time changes for the second period but it was two players who continued from the first period who combined to open the scoring.

Daniel MacKay who has featured recently in the Inverness Caledonian Thistle first team squad had threatened through – out and he sent over a dangerous low diagonal cross to the far post that saw Nathan Fell crash home his shot from close in.

Scotland keeper Fraser Currid was called upon to make a couple of good saves and his defence in front was looking strong but they couldn’t keep out a good ISFA counter attack which saw them equalise.

The game unfortunately had to be ended before a final result could be decided and it finished 1-1.

Despite the shortened match time it was felt by both teams that they had benefitted from the game.

Scotland now play against Stirling University at the Gannochy Pavilion astro pitch on Wednesday 21st February with a 14.00 kick off.

The team then meet up on 8th March ahead of their game against Northern Ireland.