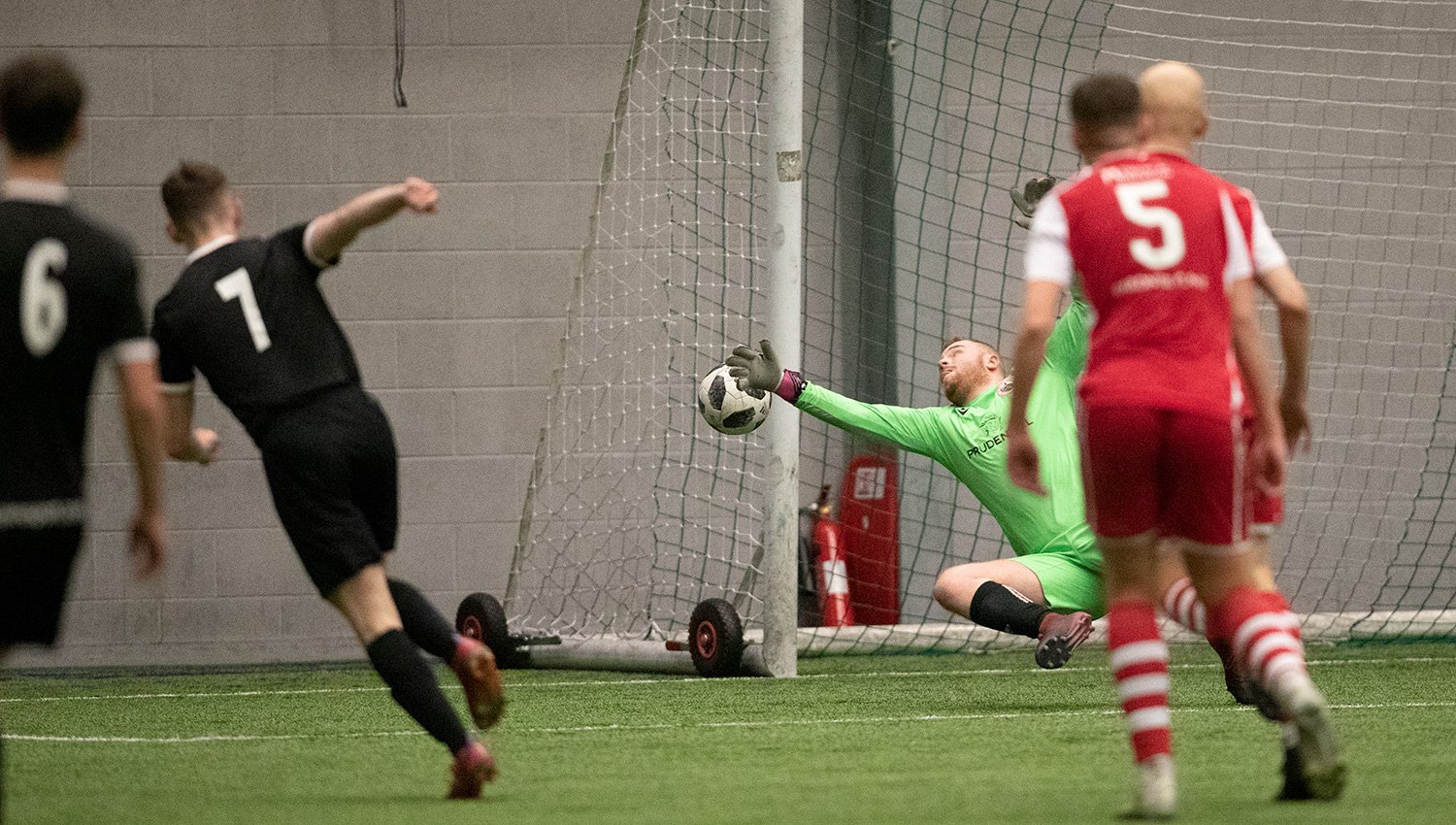 The newly selected 2021 – 22 SSFA boys’ squad, announced last week, got off to a winning start against a young Stirling Albion team in a game played at Toryglen Indoor Centre in Glasgow yesterday.

The game drew to a conclusion the team’s first preparation day ahead of their international programme in this season’s Centenary Shield competition which begins, hopefully, in March.

The morning was spent in light coaching activity as the boys began the process of becoming a team and the coaching staff of Craig Johnstone ( St Modan’s HS), Scott Douglas ( Bearsden Acad), Gerry O’Hare (Gryffe HS) and Steven Harvey ( John Paul Secondary)started to get to know the new squad.

The game against Stirling Albion went ahead despite the senior club being affected by Covid withdrawals and, in the first of the three thirty minute periods played, it was a competitive fixture.

The SSFA side were clearly anxious to do well but were a bit too rushed in their early play to really settle down. They did look strong in the defensive areas and the break in play came with the score at 0 – 0.

Six planned substitutions were made and quickly resulted in a flurry of goals. In the 32nd minute midfielder Kenny McInness ( Inverness College) had a shot blocked and when the ball spun upwards towards the goal line forward Rayan Mohammed ( James Gillespie’s HS) bundled the ball over the line.

Two minutes later and Mohammed was on hand to score a second. Che Riley’s ( St Columba’s HS, Dunfermline) shot hit the post, Oli Brander ( Grove Academy)saw his rebound shot blocked but Mohammed got the ball over the line to give Scotland a 2 – 0 lead.

Mohammed quickly grabbed another goal after 39 minutes. Jay Burns ( Dumfries Acad) crossed to the back post, Riley’s header found Mohammed and the forward finished off from close in.

Stirling showed some resistance and they scored to make it 3 – 1 after 51 minutes when Ahmed Fahty fired home from inside the box.

Scotland keeper Liam Russell ( Hoyrood HS) who had made a number of good saves pulled off a great save when Stirling were awarded a penalty kick a minute later.

The second period finished with the score at 3 – 1 to the SSFA side.

Further substitutions followed and every player was able to make a positive contribution to the game in what was an impressive first outing.

Michael Beagley ( St Margaret’s Academy, Livingston) set up Lucas Stenhouse (James Young HS, Livingston) with a great pass for the first of his three goals and there were further goals for Rayan Mohammed, Jay Burns and Lewis Gibson ( Dumfries HS).

Sandy Carey scored a smashing consolation for a Stirling side that never gave up.

Unfortunately, a slight back injury to goal keeper, Fergus Robertson ( St John’s HS , Dundee) kept him out of action but every other squad member could be happy with his contribution to this first team performance.

The next preparation game planned is organised for Sunday 16th January when Scotland will play the English Independent Schools’ Football Association select ( EISFA) at Toryglen Indoor Centre in a game that is due to kick off at 2.00pm.