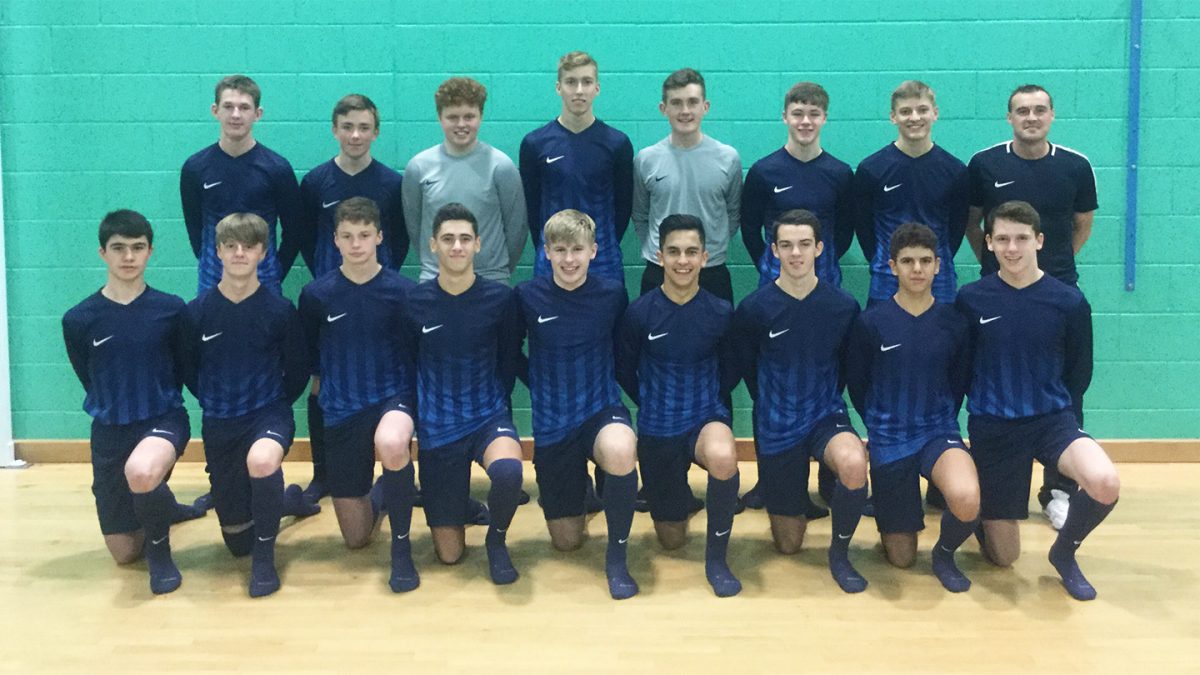 It was an eagerly anticipated match between two local sides in the last 32 of the Scottish Cup and with the match cancelled last week, both teams were keen to get the tie played prior to the Christmas break.

Clydebank were depleted from their previous tie however still managed to put out a strong side that competed very well against an on form Bearsden side who were on a winning streak of 8 matches.

On paper, the home side were the favourites taking everything into account but the match turned out to be a very closely fought contest.

The visitors had the better of the early stages with the hosts failing to keep comfortable possession and it was no surprise when Clydebank eventually opened the scoring after just 6 minutes.

They had generated a bit of pressure from a couple of corners but it was a fantastic finish from L Jamieson across the goalkeeper into the far corner.

The strike was so accurate that it came back off both posts before crossing the line. McAlpine in goal did his best to claw the ball out but the referee was well positioned to award the goal.

This acted as a wake up call for Bearsden who then started to get more involved in possession with the midfield battle edging in Weir and Ord’s favour.

Deveney and Robertson were offering their support in the wide areas with Cameron supporting Fanning well up top.

After 10 minutes, Cuthbertson had made a fine run down the left but his cross was easily cleared.

Ord was making a few bursting runs forward from midfield but couldn’t find the killer pass to open up an opportunity.

The leveller came in the 13th minute however and it was all down to the tenacity of Cameron.

After winning a tackle on the left of the penalty area, the Bearsden youngster drove into the box and was up-ended with a mis-timed challenge.

The referee had no option but to point to the spot and Fanning stepped up under pressure and coolly slotted the ball into the back of the net.

For the next 15/20 minutes, the game became a bit of a battle with a number of fouls being conceded by both teams.

This allowed the ball to be delivered into both areas however no clear cut chances were created by either side.

The only other chance of note in the first half was after a Deveney cross to the back post, Robertson controlled well but then saw his effort on goal well blocked by the central defender.

The second half started fairly similar to the way the first half ended with most of the battles taking place in the midfield.

Bearsden were offered a lifeline only 2 minutes into the second half.

A cross to the back post from a set-piece saw the Clydebank attacker get a clear sight on goal from a tight angle. As the ball was flicked past McAlpine across goal, the forward tapped the ball into the net but was adjudged to have been in an offside position.

It is hard to tell if the initial shot was going in but for Bearsden it was a huge let-off.

Both teams then had to make an enforced change when St Mirren starlets, Cameron (Bearsden) and L. Jamieson (Clydebank) had to be substituted to head off to their own U16’s game.

Both had been performing well up until that point but J. Jamison replaced Cameron for Bearsden and moved to the right hand side.

It was almost a stoke of genius as Robertson soon after whipped a cross low to the back post but J. Jamison could only divert the ball past the post.

Defensively, Johnston and Craig were fairly untroubled for most of the match as they dealt with a number of long high passes and defended first and foremost.

Martin was the next to see some action as he replaced Ord in search of the winning goal.

Bearsden finally took the lead with 17 minutes to go when Fanning very unselfishly laid the ball on for Robertson.

After an excellent first touch, the winger produced a composed finish to put Bearsden in front for the first time in the game.

As the visitors searched for an equaliser, gaps started to develop in their defence.

There were one or two excellent opportunities for Bearsden to extend their lead but the wrong option was taken in the final third.

The home side also had McAlpine to thank for keeping the side in it with a fine save down to his left hand side to divert the ball wide before Cuthbertson completed the clearance.

In the final stages of the game Khan replaced McLean as Bearsden looked to see the game out.

It should have been over as a contest in the final few moments as Fanning firstly drove through on goal after beating the last defender only to see his effort excellently saved by the visiting goalkeeper.

When through on goal again, the striker instead looked to set up Robertson for a tap-in but the defender read it well and was able to clear.

Martin was doing an excellent job in possession towards the end of the match to slow the game down and keep possession.

There was a huge relief from the Bearsden camp as the final whistle sounded. The side will now travel to either Millburn Academy (Inverness) or Kirkcaldy Academy in the round of 16 in the new year.