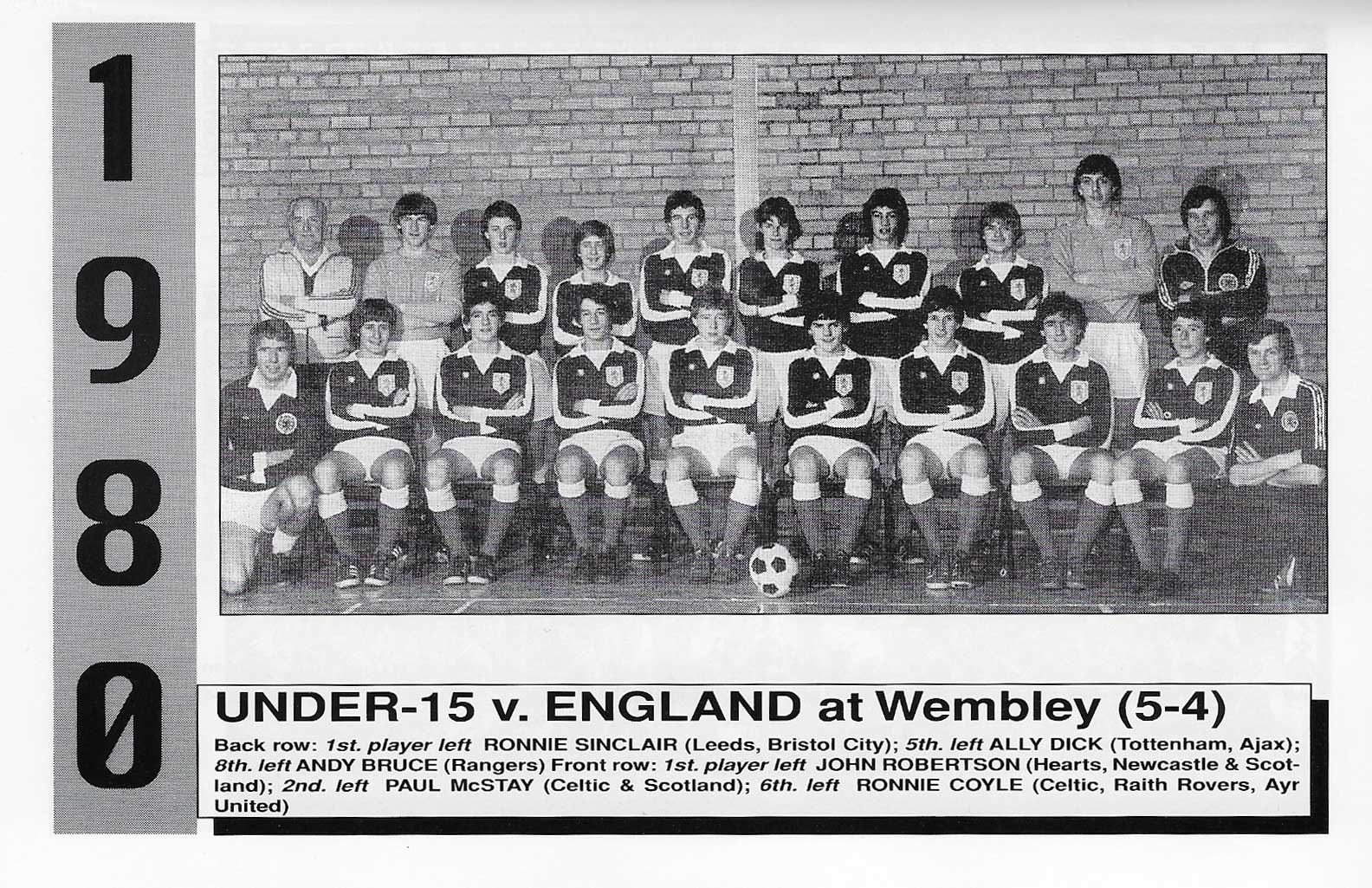 40 years ago this weekend we beat English Schools 5-4 in an amazing match in front of 69000 fans at Wembley.

We had already beat England 2-1 at Fir Park, Motherwell earlier in the season in the Victory Shield and England were looking for revenge.

Paul McStay equalised minutes later when he latched onto a clearance by the English defence and fired the ball home from 10 yards out.

Just before the break England’s Paul Rideout scored a second when he burst through the Scottish defence, rounded Andy Bruce in goal and slotted the ball home from 8 yards.

Within a minute of the restart Paul McStay had the ball in the net when he stepped onto a cut back from Ally Dick and scored from the edge of the six yard box.

A minute later John Robertson intercepted a English pass. The ball fell to Paul McStay, He moved the ball to John Sludden who turned and fired a low shot past the keeper into the far corner of the net.

In the 49th minute Scotland were 4-2 up. Ally Dick stepped onto a pass and drilled the ball past the advancing English keeper.

England made it 4-3 when Paul Rideout hit an unstoppable shot from 40 yards past the Scottish keeper.

In the final minutes England made it 4-5 when Paul Wimbledon headed in at the far post.

Les Donaldson commented “It was a fantastic day and the fact that so many people still talk about it tells you everything. The team we had that year were just wonderful, we had a great balance right throughout the squad. It was like a club team really, and the spirit among the boys was incredible. I remember looking at their faces before the game and feeling sure we were going to win. Even during the interval, they all had their heads up in the dressing room. They still had no doubt they would win. I remember telling them they might get tired on the Wembley pitch but just look down at the lion rampant on their jersey to keep them going.”