On a beautiful sunny morning at Toryglen the final matches in this year’s Bob Docherty Tournament took place.

Out on pitch 2 Wales and Northern Ireland were both looking for their first win, Northern Ireland having taken a point against England in a 0-0 draw the day before and Wales having had some good performances but no points on the board. It was Wales who took the lead and then doubled it to lead 2-0 at the break, but Northern Ireland fought back to reduce the leeway, scoring their first goal of the tournament in the process, but could not find an equaliser. So Wales leapfrogged over Northern Ireland to take 4th place after their 2-1 win.

Back on pitch 1 there was great anticipation with both sides knowing that a victory would guarantee the trophy for either Scotland or the Republic of Ireland. There was perhaps a touch of nerves as the game kicked off and the Republic tried to put pressure on the Scots in the early exchanges but the Scots soon found their feet and began to look for holes in the Irish defence. 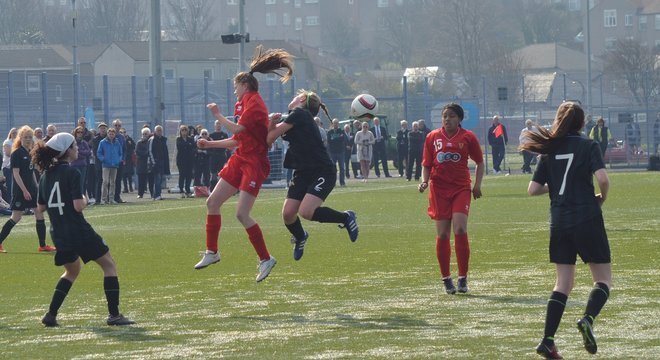 Hannah Robertson on the right, backed up by Leah Eddie, looked to make inroads down that side, while Amy Muir did the same on the left.

Kaela McDonald and Monica Anderson were always willing to have a go through the centre and the pressure was mounting on the Irish defence.

Scotland won a corner on the right midway through the half which the Irish defended well but a couple of minutes later came the breakthrough from the same move. Monica Anderson won the corner and Hannah Robertson swung the ball just over the outstretched arms of the keeper to find the head of Kaela McDonald on the 6-yard line to force the ball over the line. 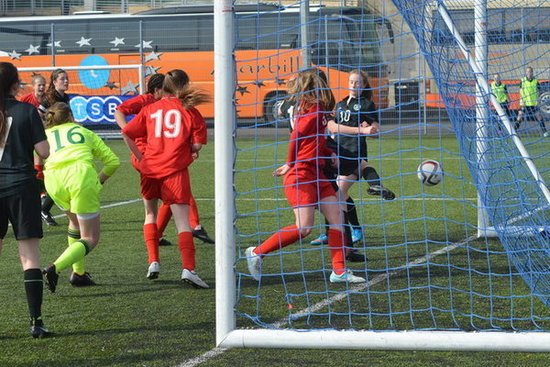 Given Kaela’s tremendous work in the previous games it was fitting that she should score and wheel away in celebration, 1-0 (16 min). 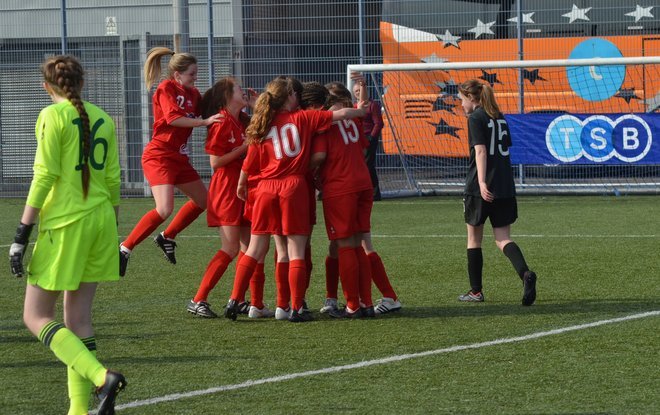 There were no more goals in the half but Scotland could be happy with taking a good step towards the title.

Right after the break the Republic won a free kick on the edge of the box but the kick was easily taken by Kiera Gibson in the goal. The Republic found it hard to get past the Scots defence who were in top form for the 4th day in a row, and the back line of Leah Eddie, captain Nicole Cameron, Sophie Aitken and Shannon Nagle worked hard to make sure that no goals would be conceded, and when Courtney Otto came on for Nicole Cameron there was no change in this respect

With the defence secure it was up to the others to provide the entertainment and goal chances. Kirstie McIntosh, who was injured on Tuesday in the last minutes against England and had to be helped off, was fit enough to come on at halftime and enjoyed running down the right and giving the defenders on the left a hard time. Hannah Robertson moved over from the right and along with Grace Molloy kept the other Irish defenders on their toes.

As time ran out, the Republic’s chances of scoring twice to win the trophy became more and more remote and Scotland finished the tournament with a great record, 4 wins out of 4 with a goals tally of 9-0. 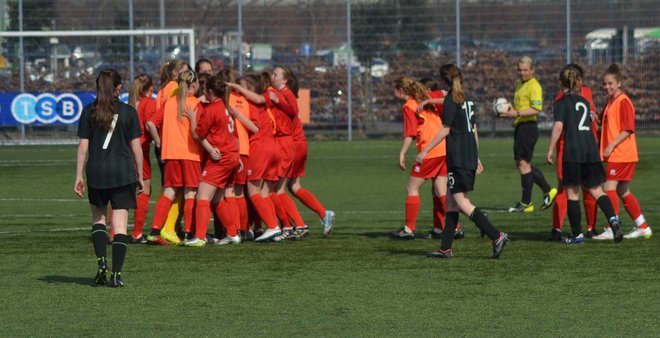 At the end of the tournament all the teams received medals from SAFIB President Bob Nesbitt and tournament sponsor Inspire Sport’s Ian Baker, before Bob Docherty presented Scotland’s captain Nicole Cameron with the trophy.

It was the first time Scotland had won the trophy at home, the last win being in Belfast in 2013.

The Scotland girls then went over to Hampden to be awarded their caps and had a special photo opportunity on the Hampden pitch to celebrate being champions.