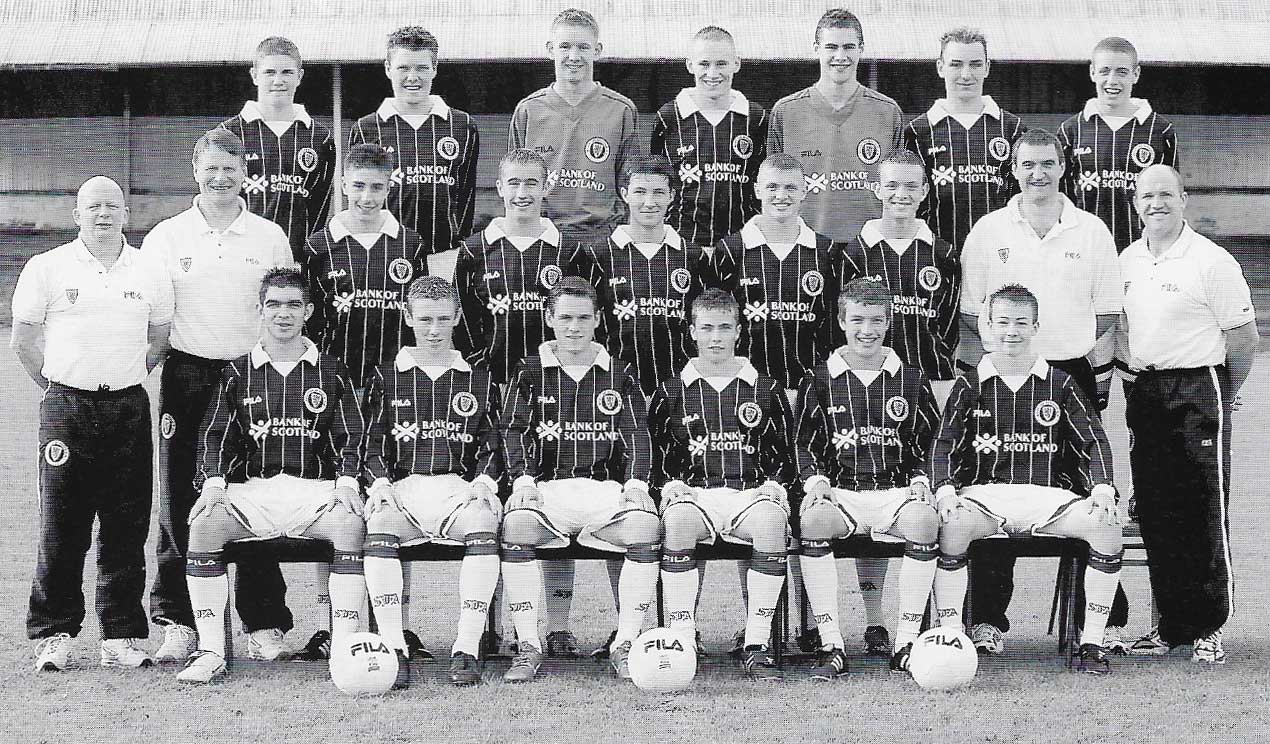 Our Under 16s squad won against Belgium but lost to Switzerland at a tournament in October.  In the Victory Shield, wins against Wales at Merthyr Tydfil and Northern Ireland at Ballymena set the scene for an exciting decider against England at Hampden which ended in a draw, the shield being shared.

Our Under 18 squad started the season well with a well-earned draw with the Republic of Ireland in Dundalk.  Two single goal defeats against Northern Ireland in Dumfries and England in Jersey left the squad disappointed but they finished their fixtures on a high with a convincing win against New Zealand at Linlithgow. 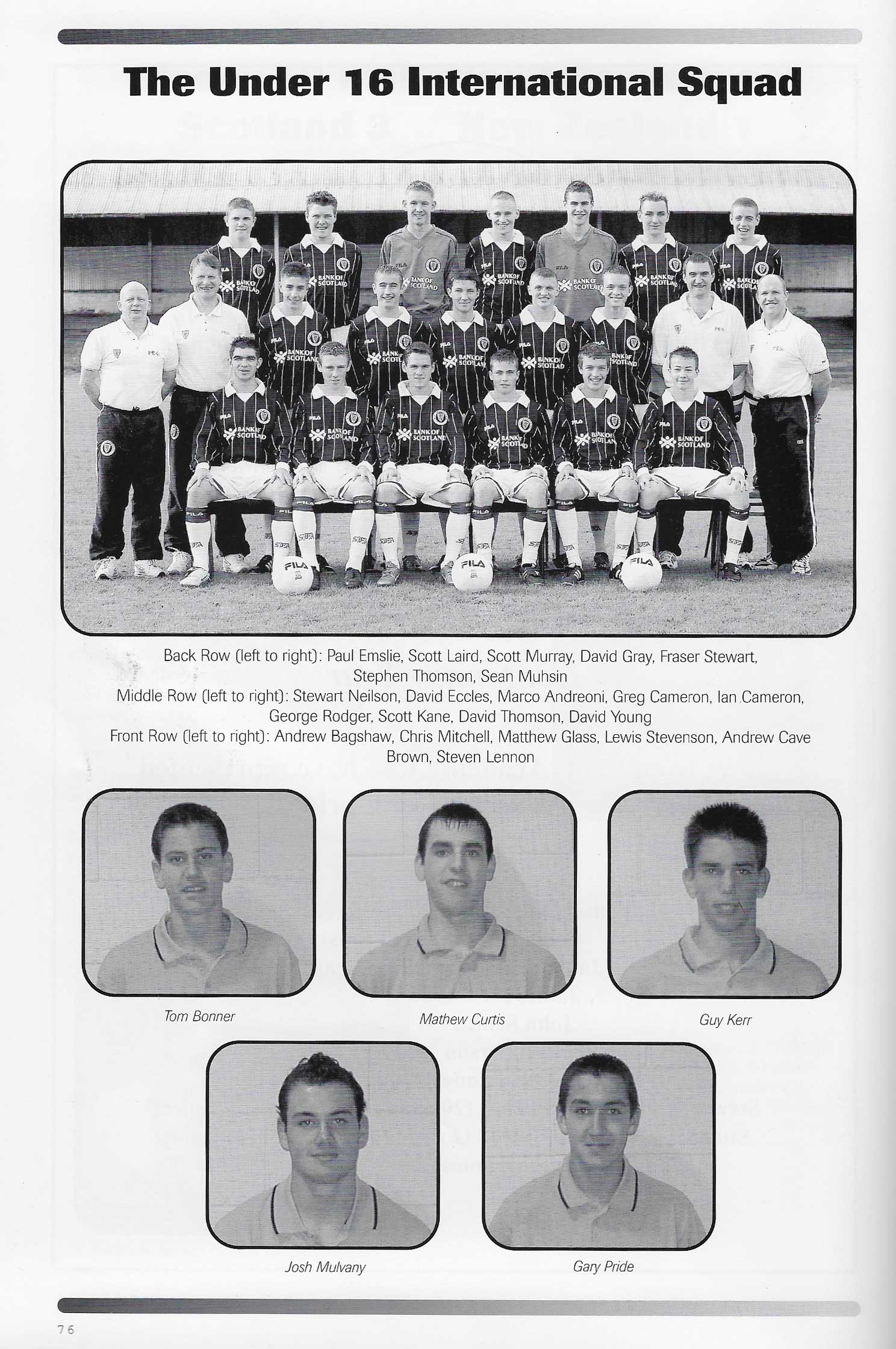 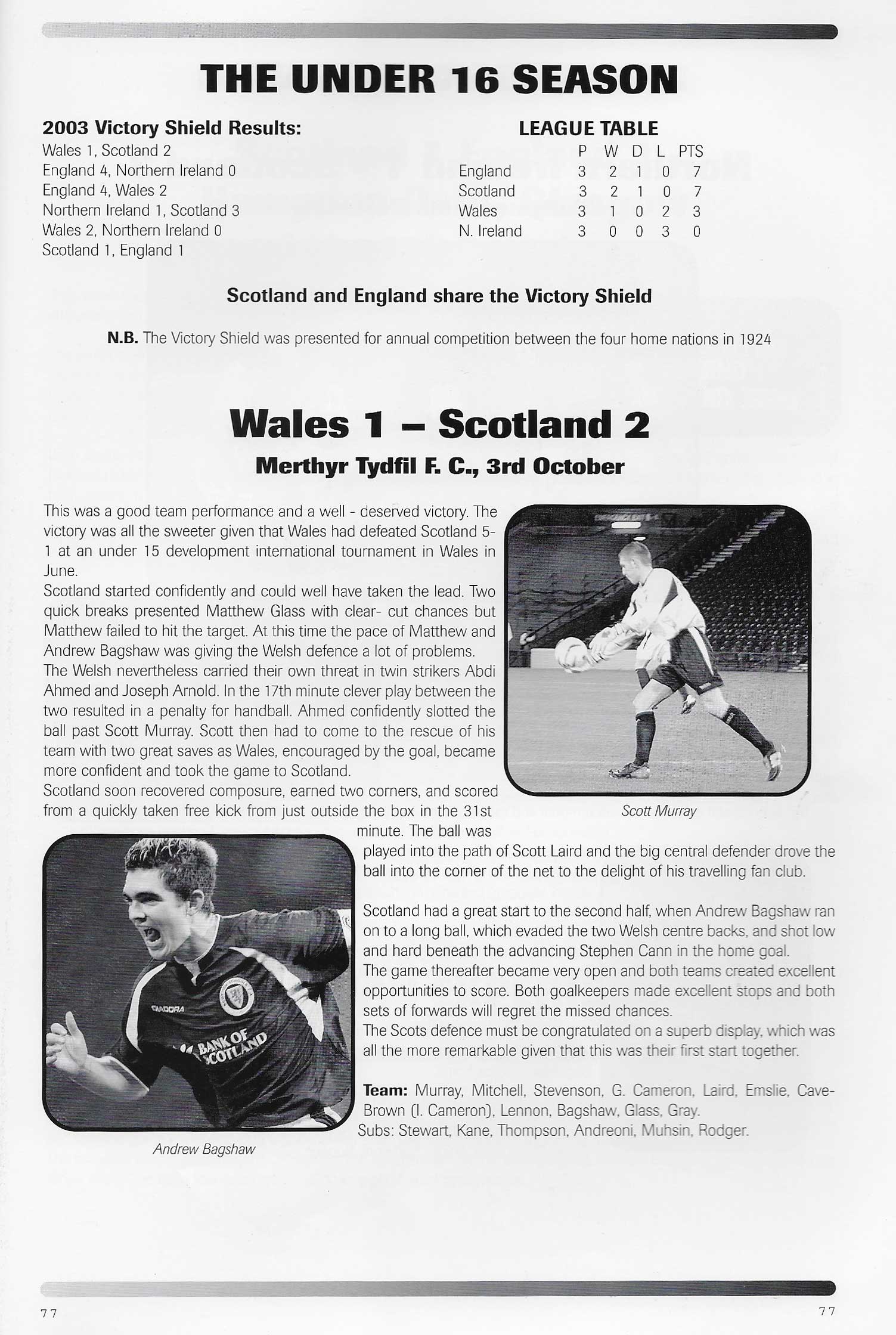 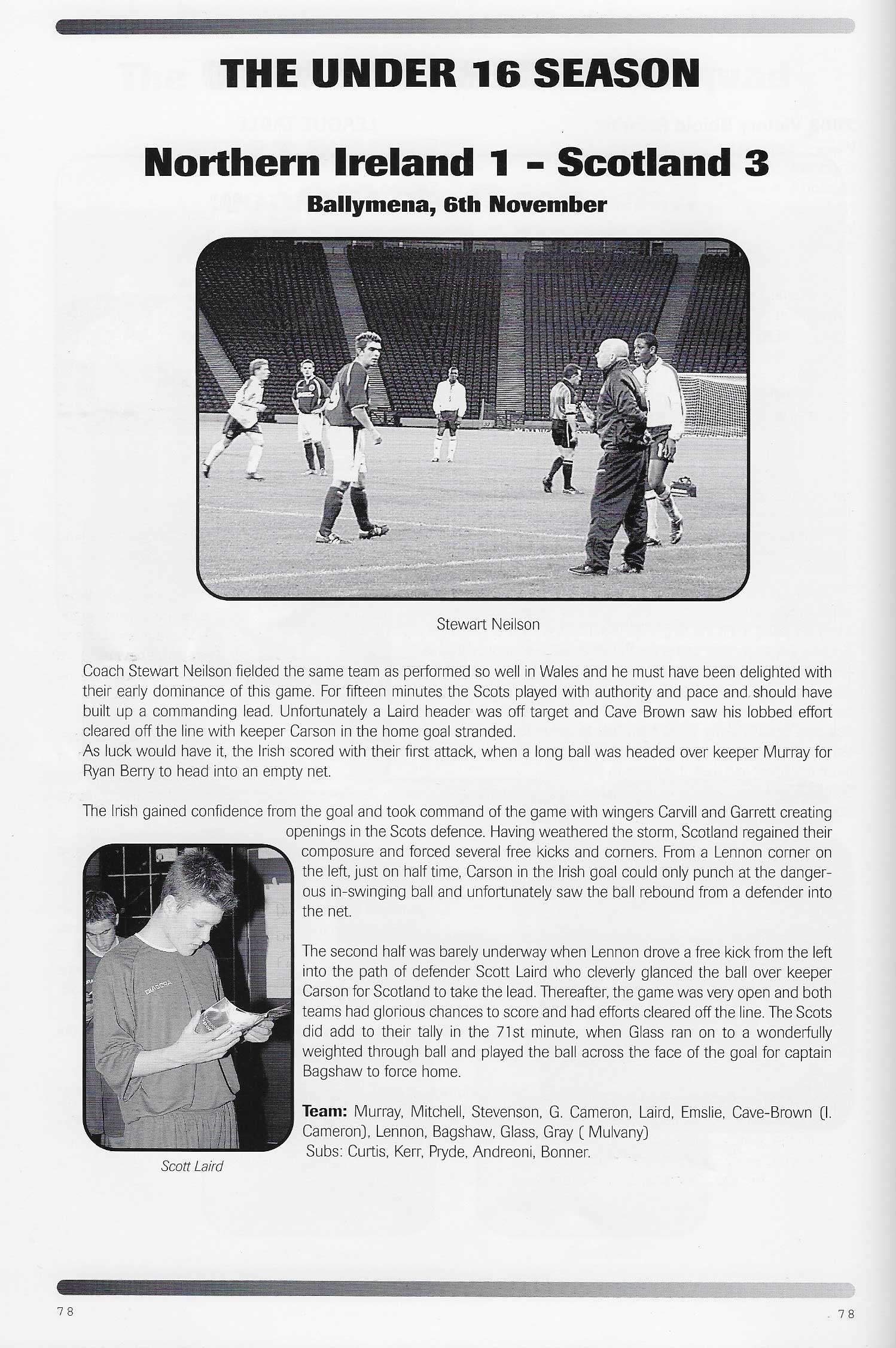 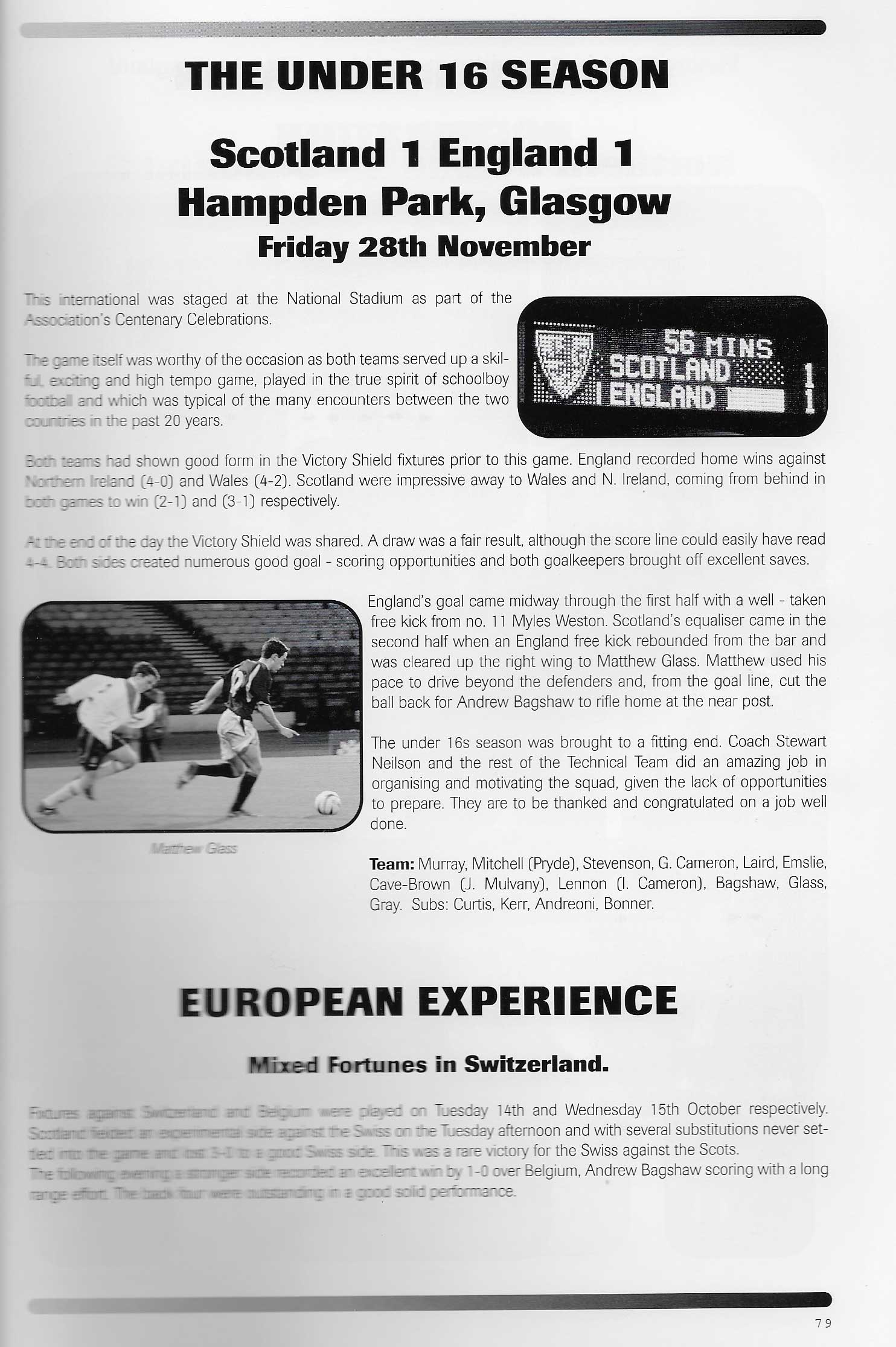 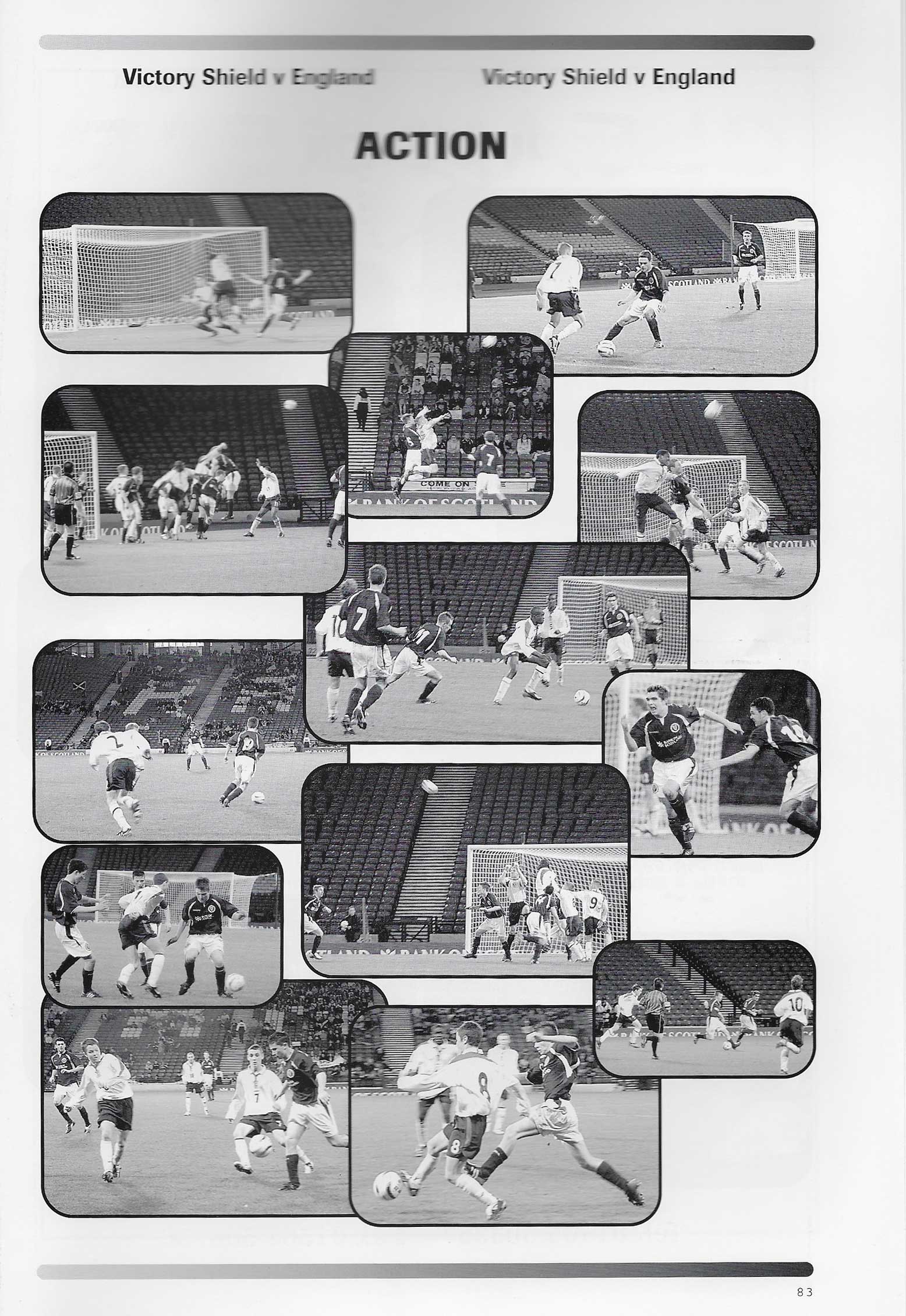 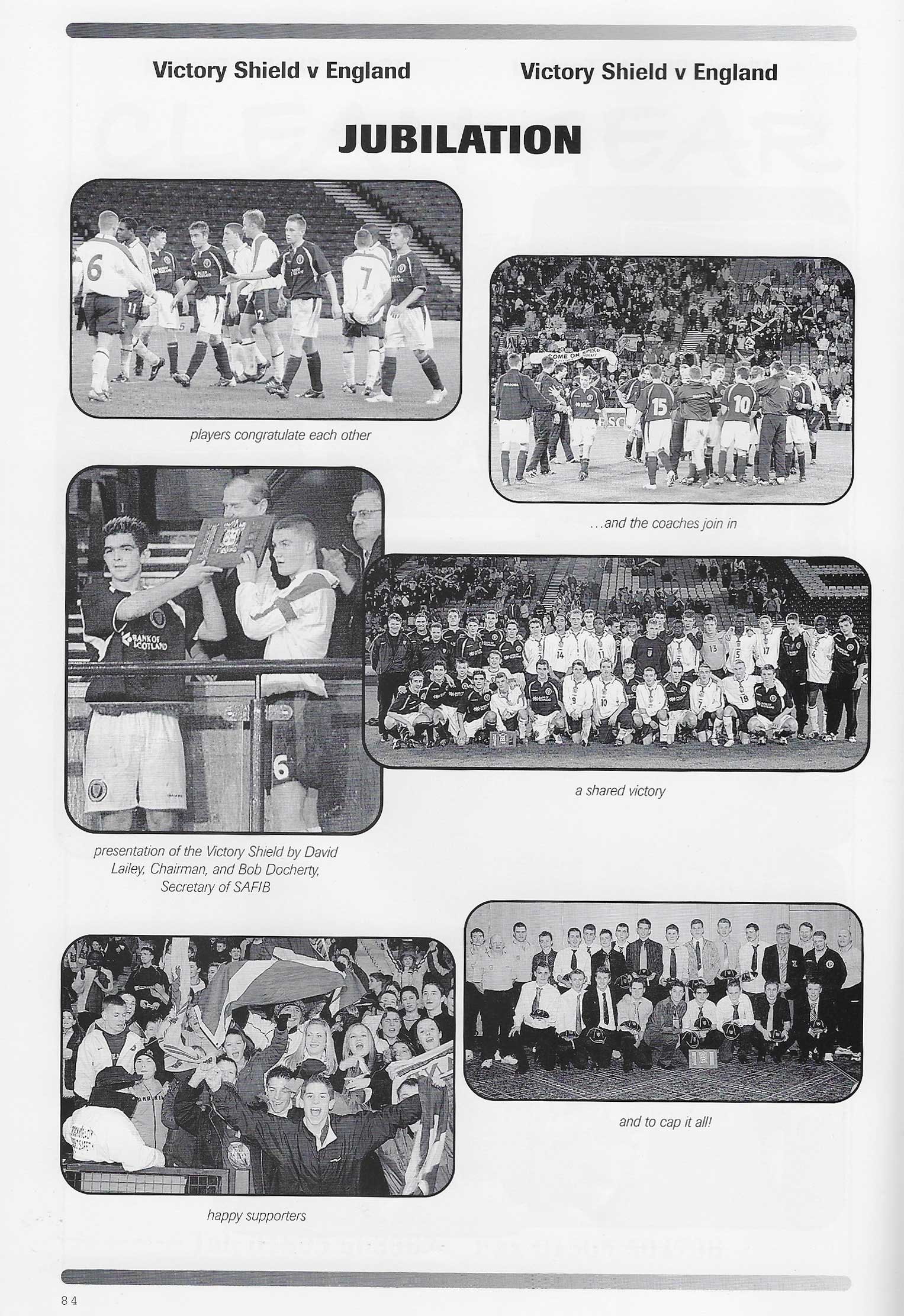 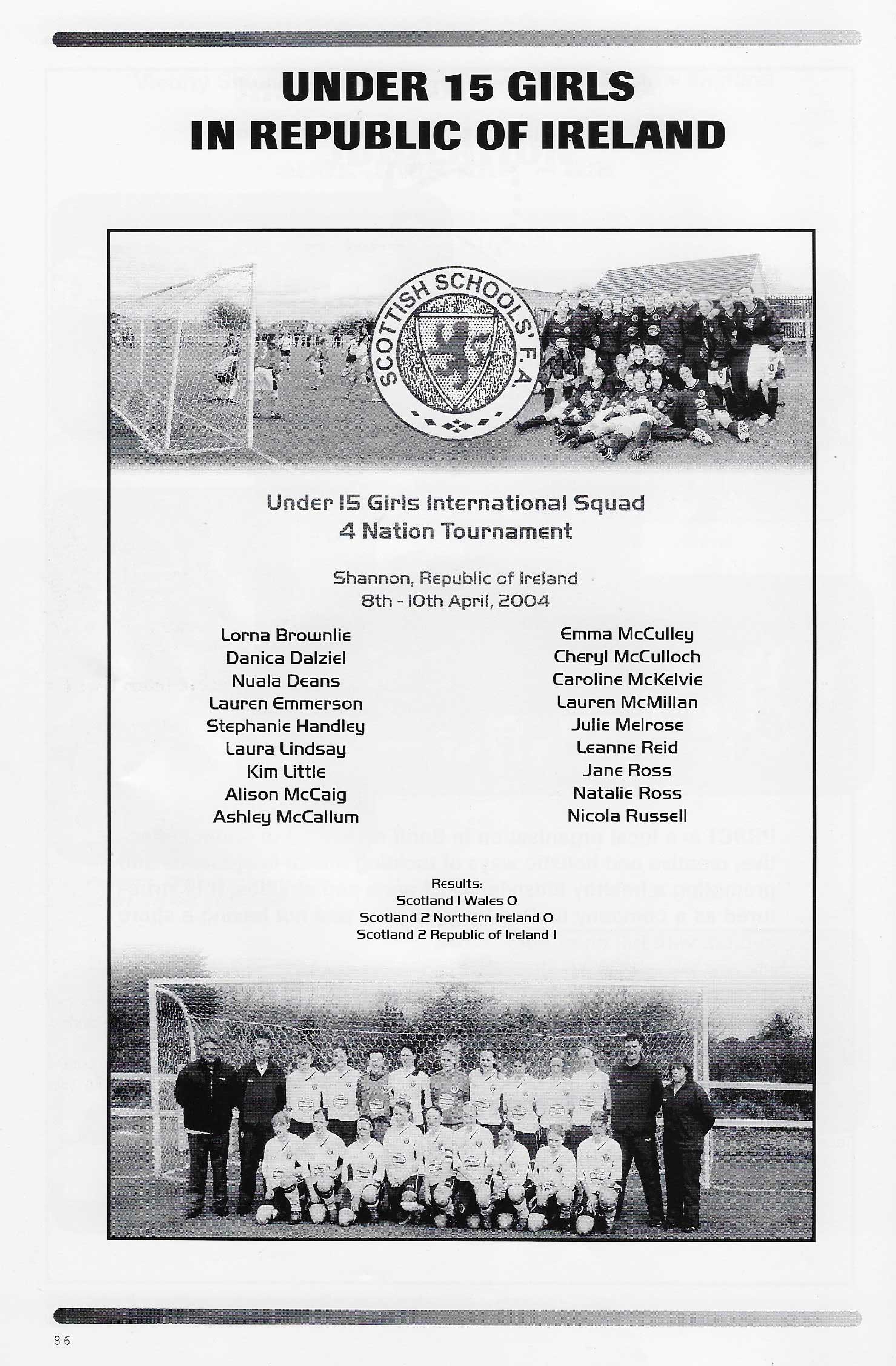 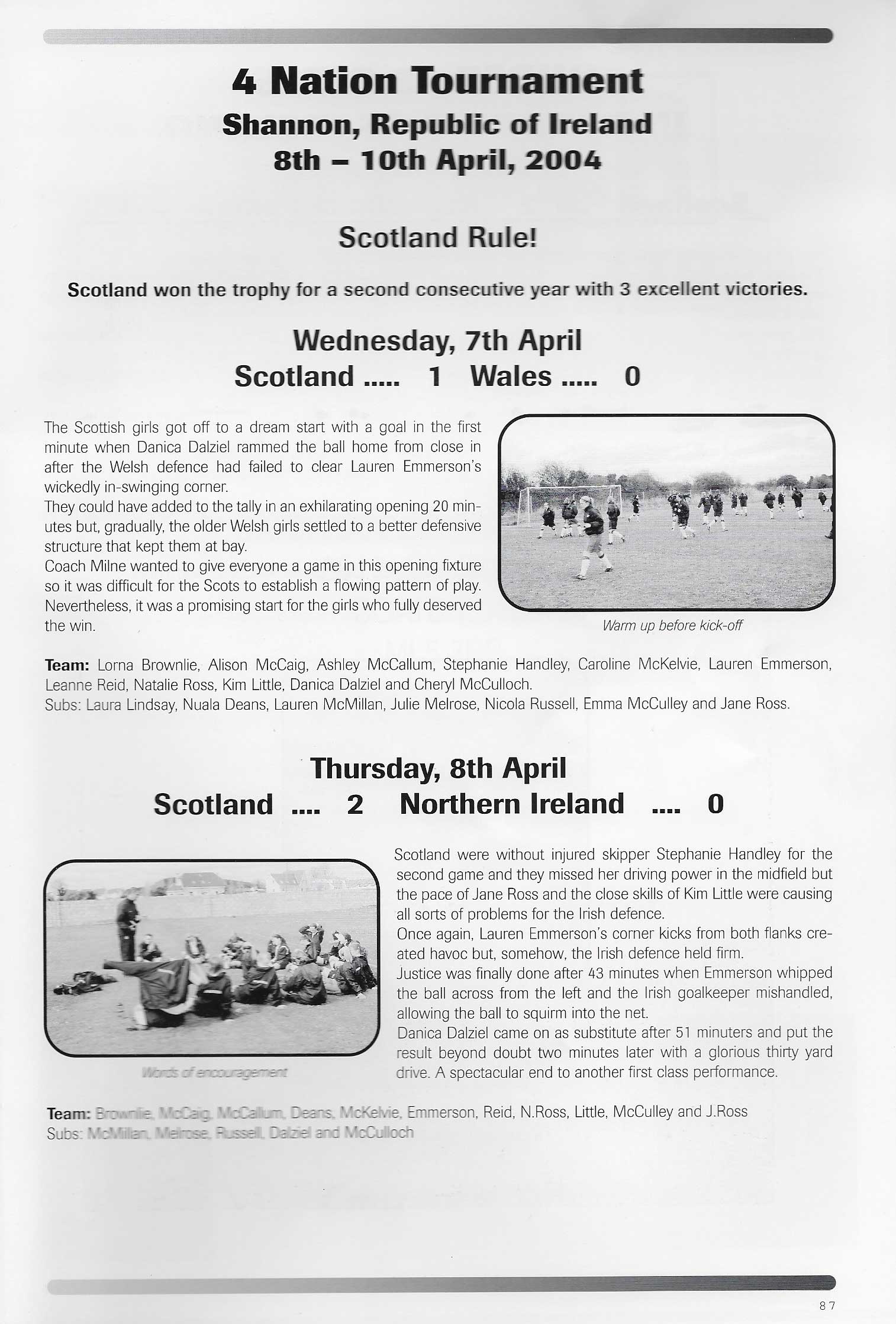 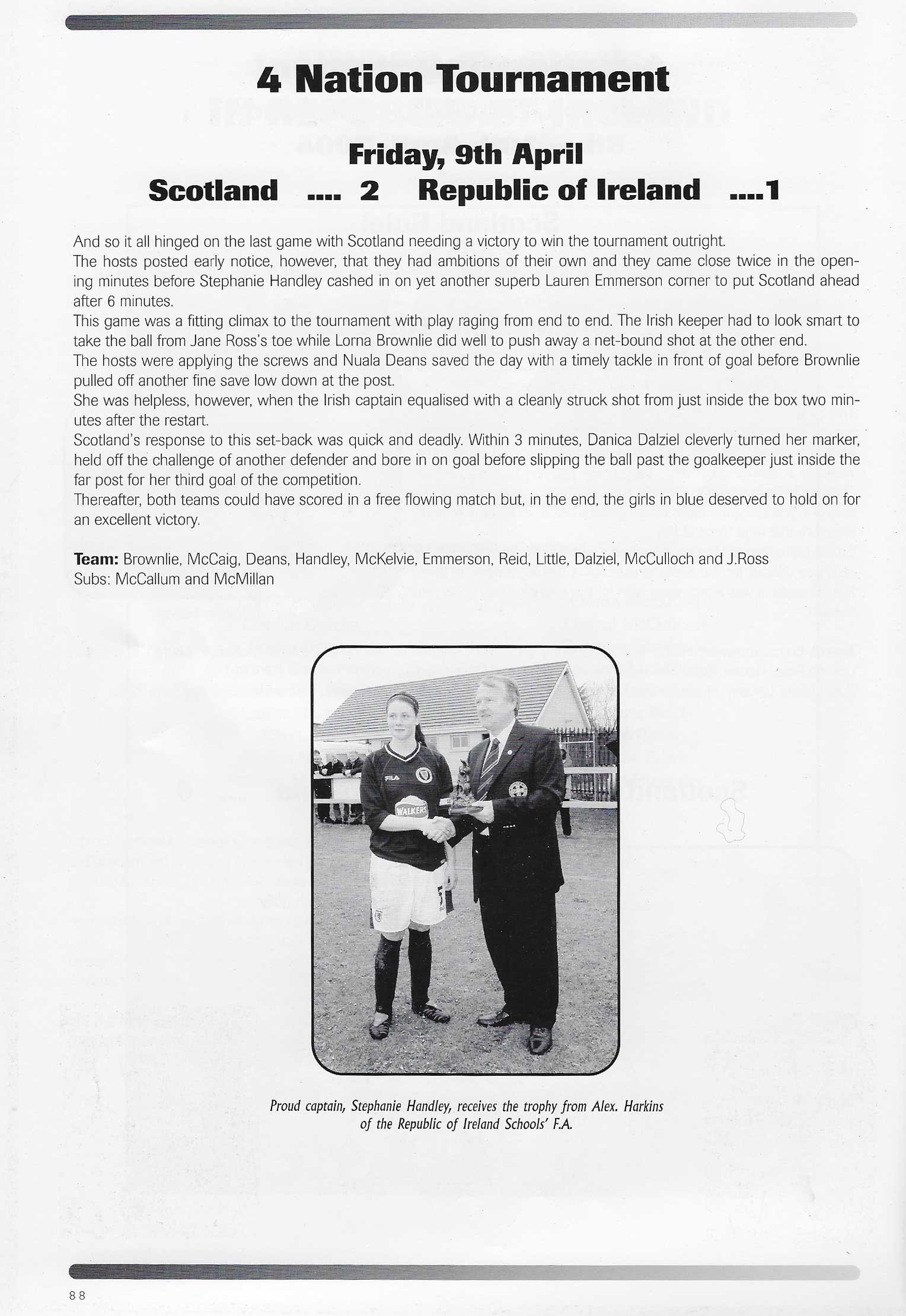 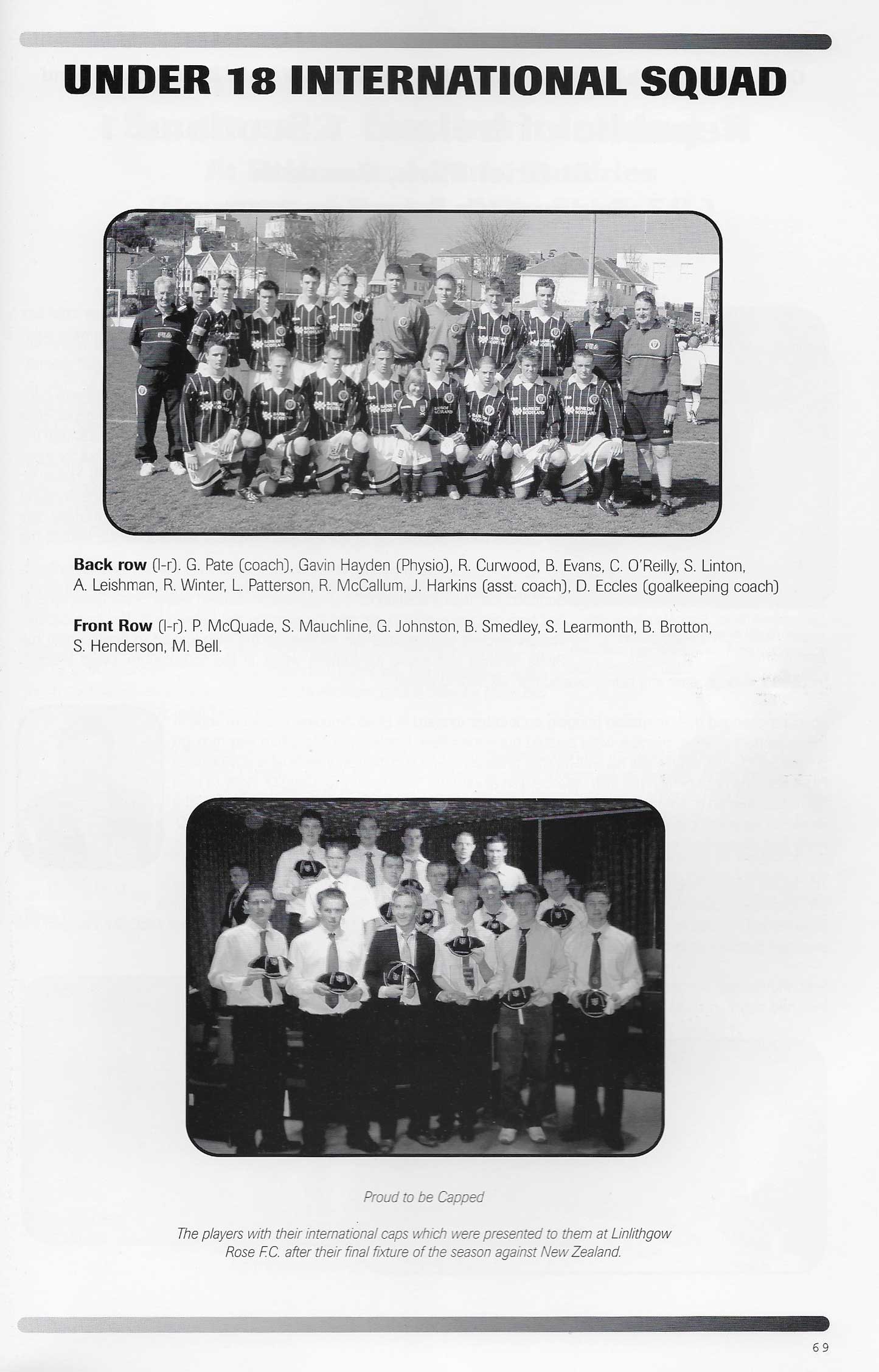 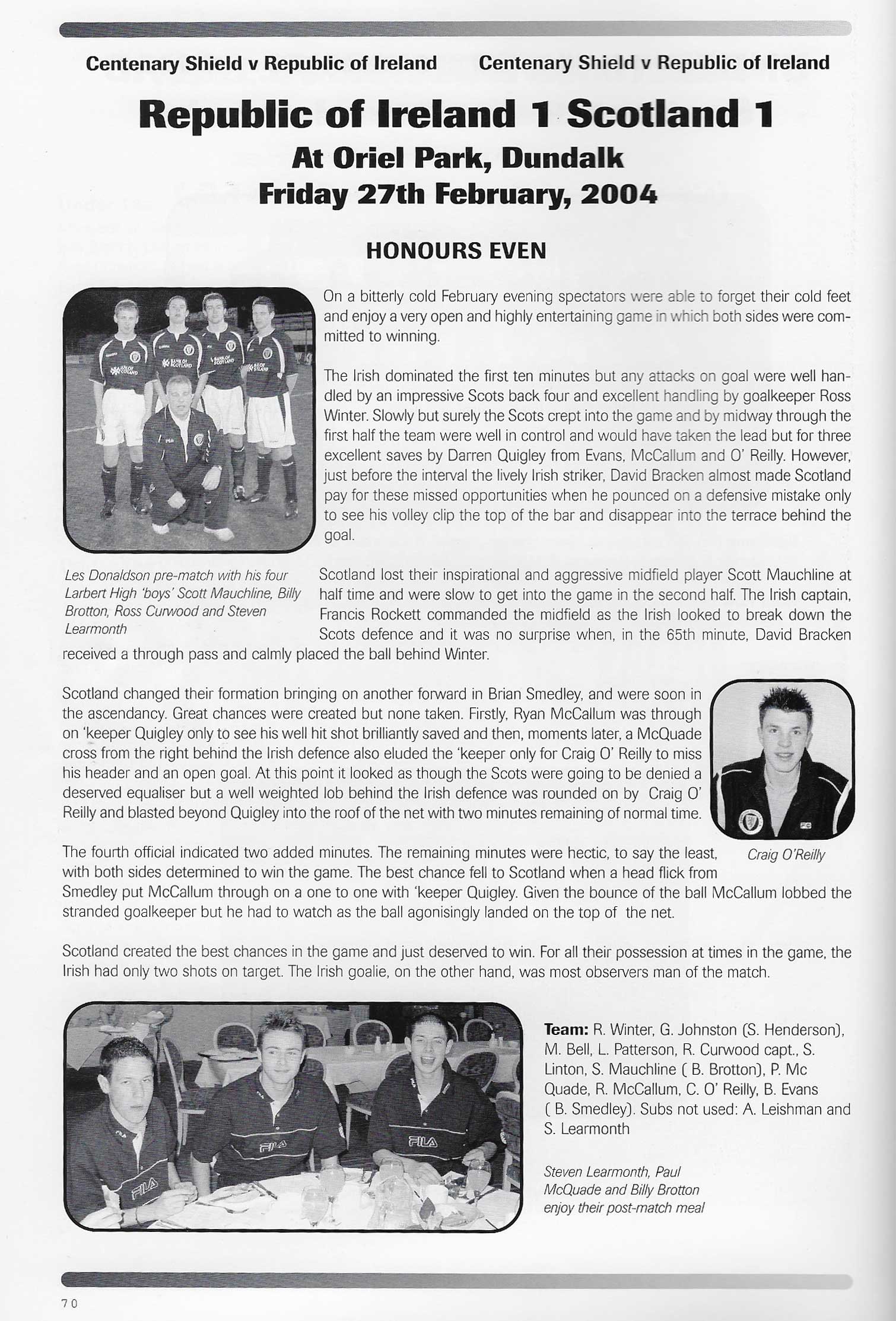 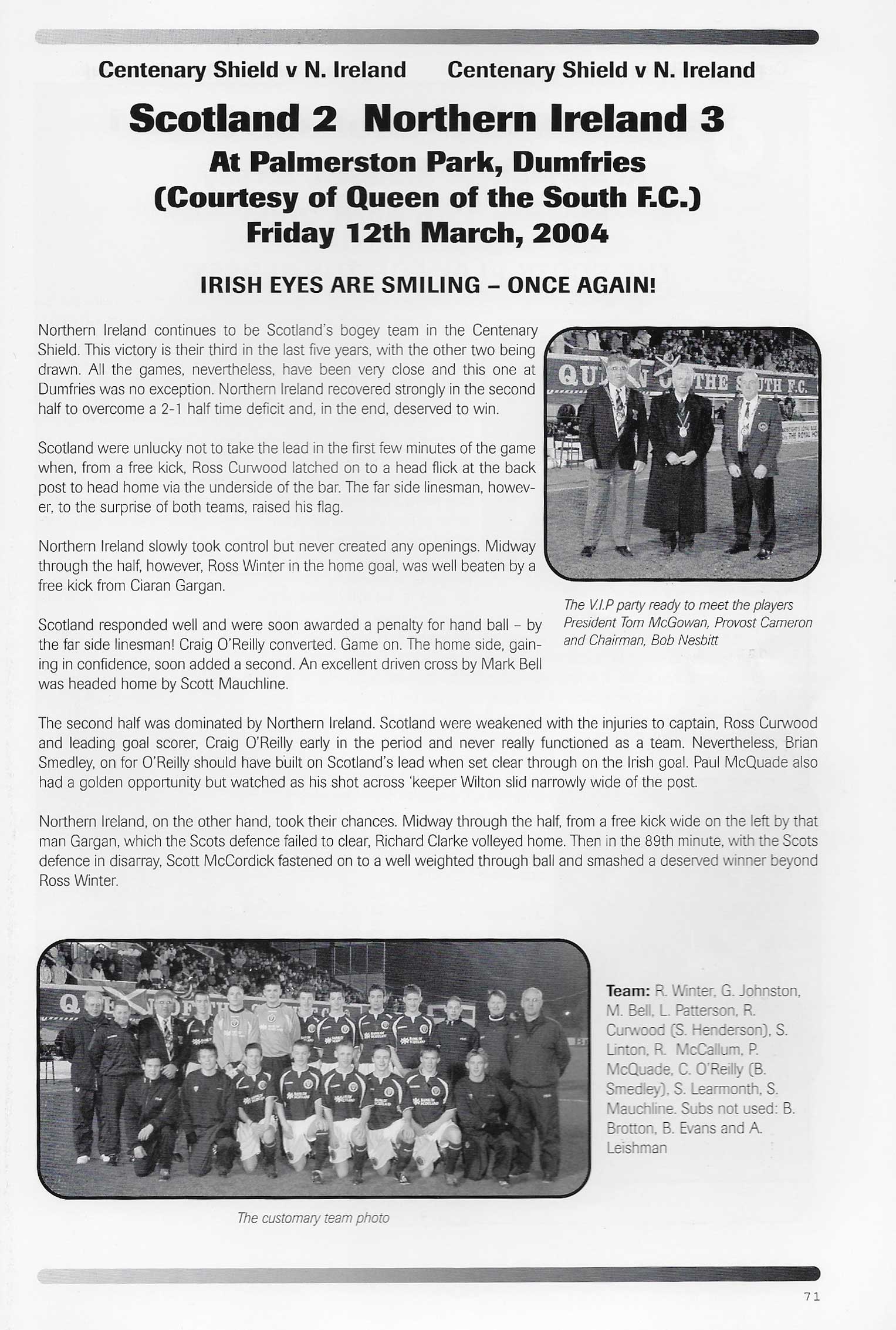 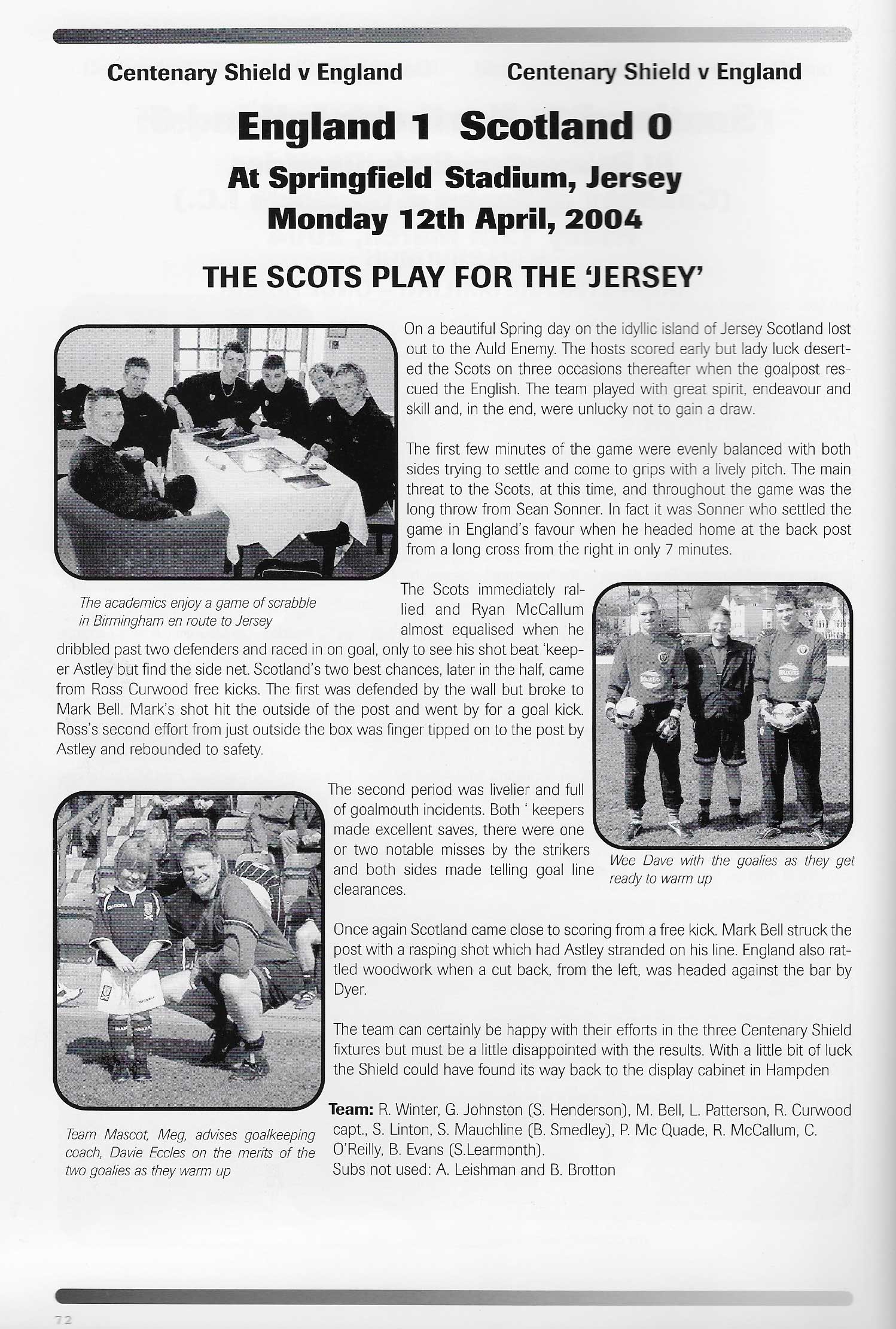 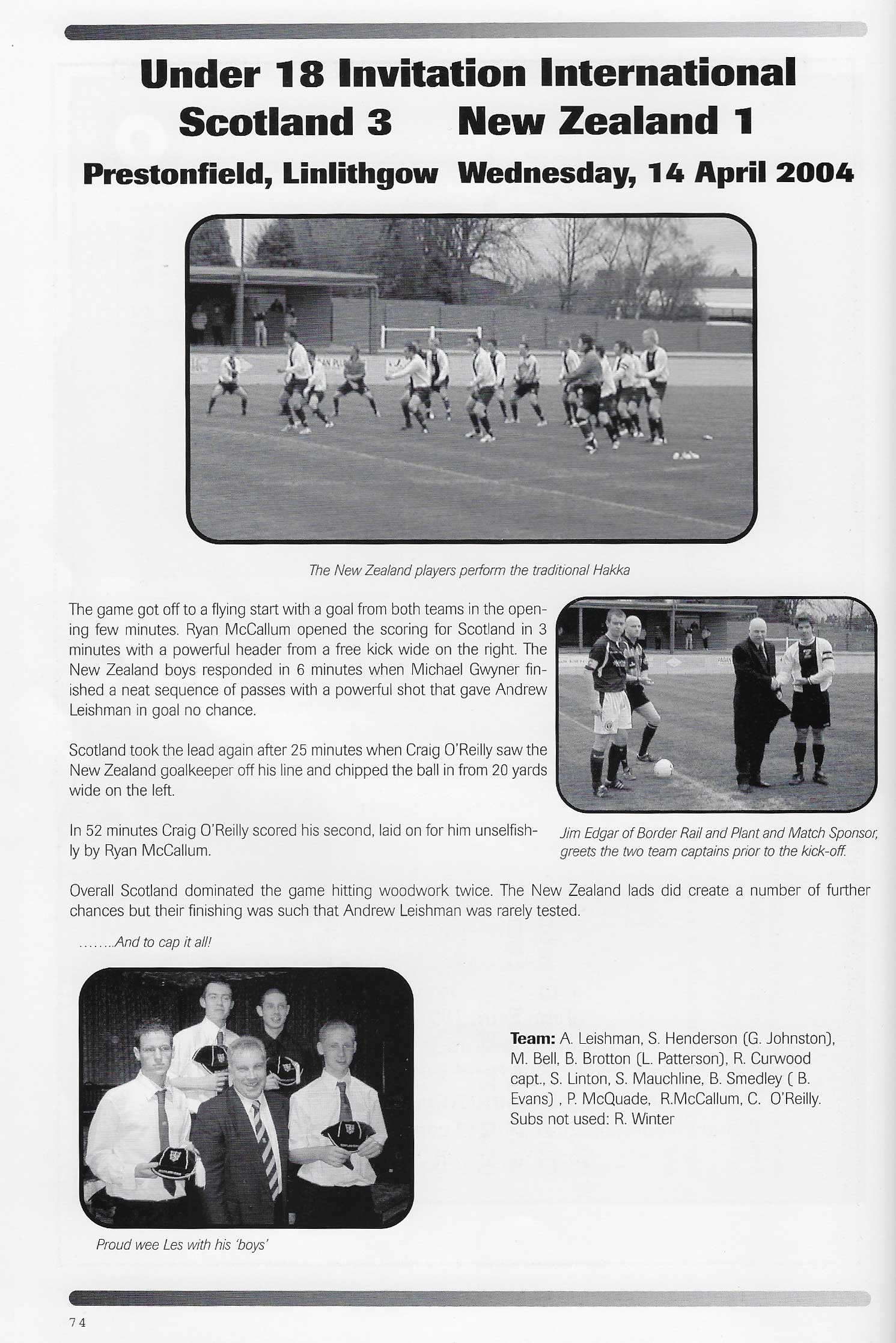